Conquest of Gerazania is a platform game that is being developed by an Independent Game Development company named Zarkan Entertainment. You will be able to explore the rich story of Gerazania and learn about the Divine Realm and the Mortal Plane and how they interact with each other. The story will primarily take place on Gerazania and you will explore some of the conflicts that exist between the races as they clash for survival. ElvesOne of the original races of Gerazania, the Elves have a natural affinity to magicka, the power that allows the world Gerazania and it's inhabitants to survive. The Shan'Oiel seek to conquer all races they deem lesser than themselves and rule over Gerazania. These Elves feel they are the rightful rulers of the world and that they deserve the right to ascend to Godhood. However, there is a small faction within the races of Elves that do not see things the same way. The Dan'Keril do not agree with the Shan'Oiel's philosophy and their view as every living thing an instrument to a greater power. They seek a balance and peace within the world, they wish to preserve the magicka essence that flows through each living thing and even Gerazania herself. KerchadisThe Kerchadis are an amphibian-humanoid race that is amongst the oldest. Their primary kingdom Sitnalta is in the deepest parts of the oceans where nobody has discovered; the only reason the Kerchadis are a known race is because they have recently come ashore onto the small island of Finij. The Kerchadis have a basic understanding of water and air based magicka and there are extremely few and rare Kerchadis that understand fire based magicka. The Kerchadis make for excellent healers and can mend even the grievous of wounds. TitansThe Titans are a nomadic race and are not separated into any type of tribe. The Titans are a relatively peaceful race and do not attack unless provoked. They do not seek to take sides in any of the wars in Gerazania and prefer to keep to themselves and their traditions. Their bodies are made up of the stone and earth of Gerazania and are powered by magicka in spite of have no understanding for magicka; the shamans of their nomadic herd only utilize the crops and earth of Gerazania for their medicines. HumansThe race of Humans are a fragile one, the youngest race in the history of Gerazania. They have no affinity to magicka and they only understand simple magicka properties; enough for farming and raising livestock. However, the Humans are not rivaled by any other race for their ability to make the best armors and weapons. There are a multitude of tribes and kingdoms belonging to the Human race, however there are three main kingdoms that wholly represent all of humanity; Kingdom Sharala, Kingdom Trejun, and Kingdom Derunv. ZarkonidThe Zarkonid horde are a brutal race, they only follow commands from the queen of their horde. They do not understand the concept of magicka and survive by devouring the earth and magicka of Gerazania, but that does not stop their thirst for flesh and blood. Nobody knows how the Zarkonid came to be; many think that are atrocities created by the recent overflow of magicka due to the Elves rising in power and abusing the magicka of Gerazania. SeverithianThe Severithian are an avian-humanoid race and are segregated into tribes. However, many of the Severithian tribes have been enslaved by the tyrannical Elves. Now, they are no more than property and used as tools for building and serving the Shan'Oiel empire. The Severithian have no natural affinity to magicka and are not very skilled in combat in any manner; their only advantage is that they are able to fly due to their avian features. The Divine RealmThe Divine Realm is a plane that exists parallel to the Mortal Plane. In the Divine Realm consist all manner of magical creatures such as Fae, Nymphs, Abyss Creatures, and all other oddities. However, the main thing for the mortals to worry about in the Divine Realm are the Divine Beings. These Beings have awesome unlimited magical abilities and can either create or destroy life and space as they see fit. 7aa9394dea 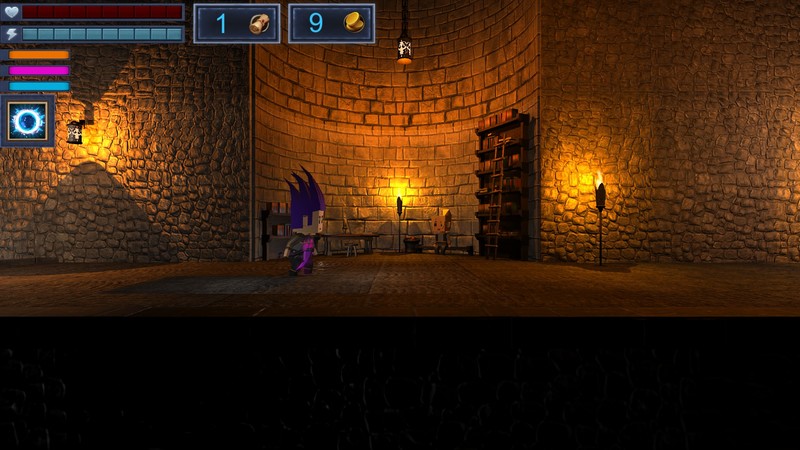 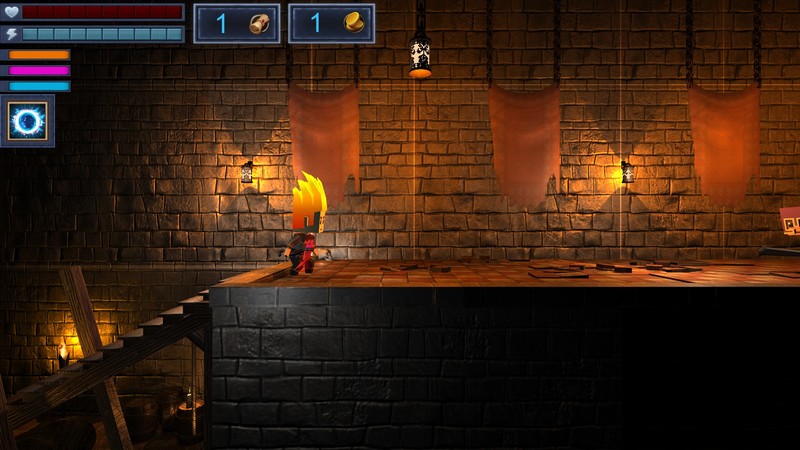 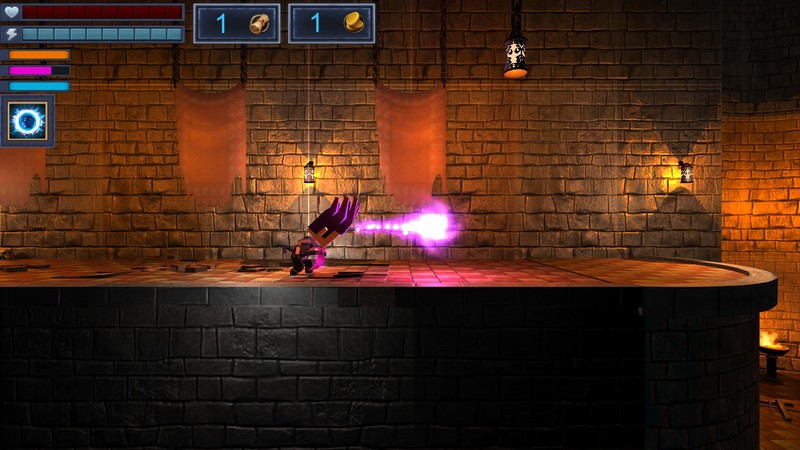 While Alpha v1.0.0 has recently released to be playtested and enjoyed, I am working on implementing a few things that will make things better overall. These are two things mainly,

These two things will be added into the game shortly to elevate your experience while enjoy your many deaths or victories!

Moving forward, some of the features that will be releasing soon will be primarily content updates(unless any major bugs come up*fingers crossed*), you will be able to purchase upgrades using the coins you have collected on your journey and travel through the story in the form of chapters. I am hoping to release these things very soon and I am working as hard as I can!. DevBlog #2 - Prototype Almost Ready!:
Greetings, Conquerors!

A prototype for the revamped version of Conquest of Gerazania is almost ready! The prototype will have primitives for the level layout, this is purely for testing of all the new mechanics that have been implemented on a larger scale. Shortly following the prototype release we will be updating the store page and uploading a well-designed Early Access version of the newly revamped Conquest of Gerazania. Not all levels will be available and the level layout will be designed with placeholder non-primitives; this is because I will be making my own prefabs for the level layout design! I am really excited to finally a release a product that I can be proud of and something that I can work on to make it a lot better for people to enjoy! There have been a lot of rough patches along the way to get to this point, but I am glad that we are getting closer!. DevBlog #3:
Greetings Conquerors,

There has been a few updates to mark the revival of Conquest of Gerazania. It has been really rough getting everything situated, but now everything is on track!

The next few updates will be content updates and any major bug fixes; players will be able to continue the story in the next level which will prove to be even more challenging than the prologue. There will be around 20 levels to explore the full story of each book and each level representing a "chapter" of that book. My goal is to make each level more engaging than the last, where they get increasingly longer, have more pickups, puzzles, and enemies.

I am aiming to complete the first book "Fate of Gerazania" as quickly as possible so that the game can fully release and then work on improving existing mechanics and systems and implement other books so that you guys can fully enjoy the story. You guys can also begin expecting a DevBlog to be posted every sunday as well!

This update is a small one, I just implemented some minor quality of life fixes and updates!

I know, there has been two updates today, the first to make the prologue a little less challenging so as to not discourage you, and now this one! Below are the patch notes!!

I hope you are enjoying yourselves as you go through the prologue and that you find it challenging!. [State of The Game] Upcoming Patch v0.0.8:
Greetings Conquerors!

Currently Conquest of Gerazania is undergoing a lot of revision just as most games during Early Access change frequently. The biggest change that is being implemented is the campaign feature; it will no longer be an episodic story and will instead allow players to select a race and faction to represent while conquering Gerazania. The campaign will feature a battle map where you will be able to view all of Gerazania by regions and territories, ultimately allowing you to make strategic decisions during your attempt to conquer Gerazania. More specific details will be released once this update is ready to be released!

The store page will undergo some revision as well; I will be implementing new/different images and uploading a game play video so that players can get a better understanding of the game and it's mechanics and concepts.

Finally, I hope that everyone had an excellent Christmas and enjoyed the holidays with their families and loved ones, see you on the battlefield!. DevBlog #5:
Greetings Conquerors,

I know there hasn't been an update in quite some time, this is due to real life and the holidays going on. I have been heavily working on improving the existing systems as well as building upon them to make the game more interesting and engaging. There is a lot I want to do to make this a great game that anyone could enjoy. This being said, it will be some time until the game is released out of early access and I will be trying to make each update rather large; instead of releasing it per level.

You can visit the roadmap development board Here [trello.com]


Thank you for your time!. The Prototype Has Arrived! Alpha v1.0.0:
Greetings Conqueror's!

I know that some of you have been long awaiting for the prototype of the platformer to release; well, here it is! Currently there is a prologue that will teach you how to play the game and allow you to get the general feel of everything before throwing you in the wilderness to conqueror or save Gerazania! I am tirelessly working to begin releasing the chapters for the story and hopefully, full release!

This version has a lot of new and interesting things, you will be able to begin learning about your role in Gerazania and how everything will end up flowing together. You will be able to play the prologue, which is a tutorial style level and boss that you have to escape. I am working really hard on integrating the story into the game with interesting level and boss design; which will be released by chapters.. Update v1.0.1:
Greetings Conqueror's, I went ahead and fixed some quality of life issues and also reduced the overall difficulty of the Whitzen encounter.