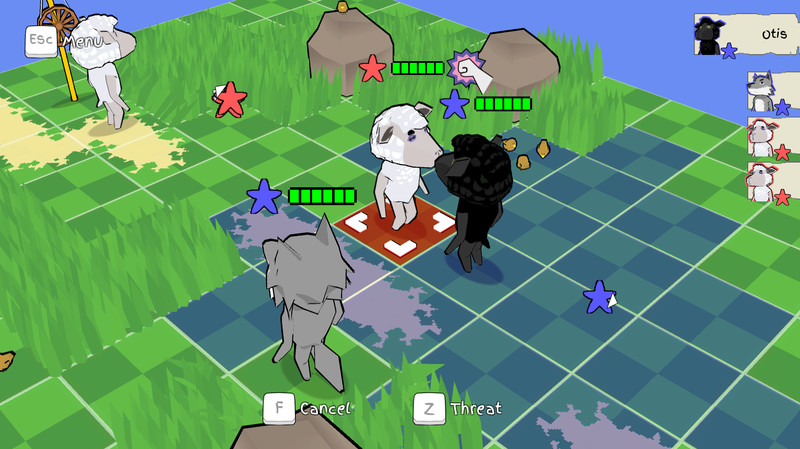 Wolf Gang is a tactical turn based game where you play as a band of wolves as they make their way around the mountain, pursuing their territorial aspirations while fighting other animals. The combat revolves around a unique rule set that puts the tides of advantage constantly in flux. Knock outs are only temporary, and the traditional rock-paper-scissors strength and weakness hierarchy is subverted with a system of constantly rotating attunements. 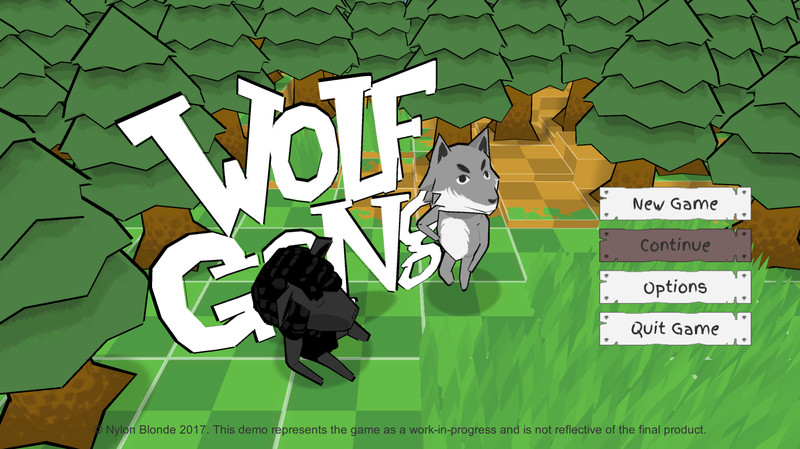 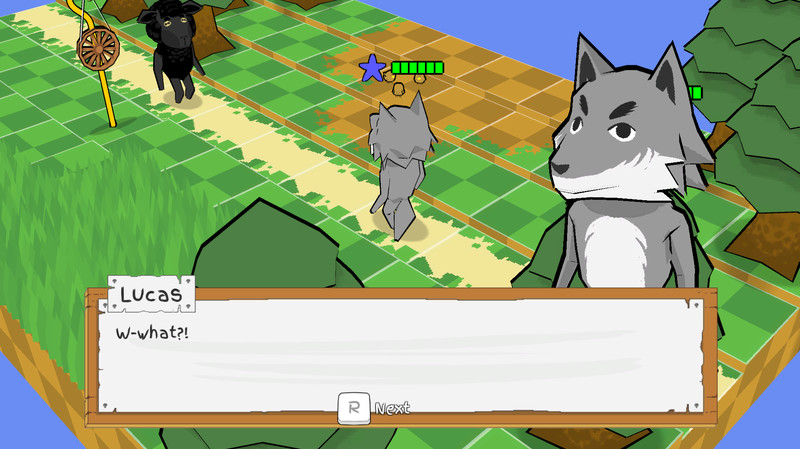 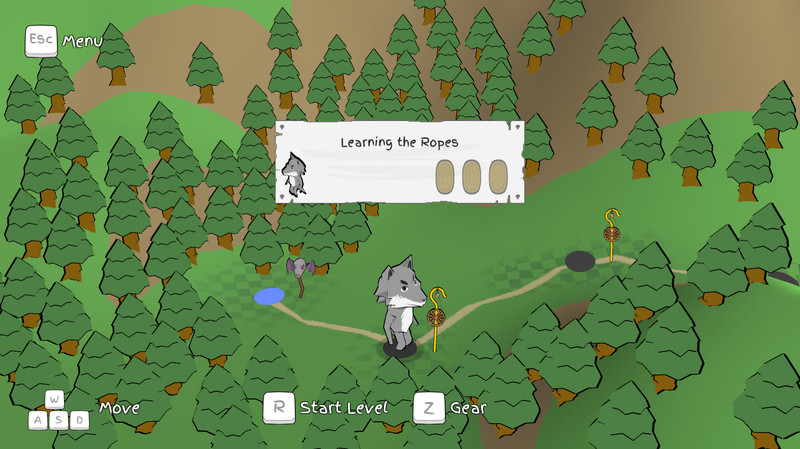 
This game starts out simple enough with a fun humorous story -but honestly I was starting to get bored with it after a few levels because it felt like the tactical options were pretty limited -then BAAAAAM! Something clicked and I started appreciating some of the more unique nuances of the play mechanics and that this game is attempting something a bit different.

It keeps evolving very well -getting more interesting and fun! -by the end of the first chapter I was having an awesome time with this game! Which under it's happy lil facade packs a great deal of strategic depth. I knew to expect the whole paper\/rock\/scissors thing but I was surprised by how much depth comes with forcing the enemy to shift signs or deliberately taking a hit to get changed -or just leaving the enemy alone because hitting them would knock em out and into a stronger sign making them more dangerous next round.

Also, I gotta say -I usually skip the story in games more often than not. -but the dialogue amused me enough that I was actually looking forward to each level. Story feels fun and light -i like that.

Oh, and bonus points on the tutorial which didn't get in my way or slow down the pacing! Liked how instead it was kinda subtlety woven into the story :D

Kind of a spoiler maybe:
First boss level I was actually impressed with the map design which really felt extra fun, interesting and satisfying to play using what the previous levels taught ya.<\/span><\/span>
. This game is so much fun.


One thing that all the best tactic\/puzzle\/rpg type games have in common is a solid foundational mechanic - and Wolf Gang is no different. Attuning your units to deal more damage with a rock-paper-scissors system is deceptively simple, and from there, every encounter builds on that framework.


In Wolf Gang you jump right in to the action, and rather than a bloated, concept-heavy tutorial, every level introduces new concepts in an organic, challenging, FUN way. Gameplay comes first, that much is very clear.


I also like the graphics, they're like a mix of Jet Set Radio and Animal Crossing, and it sets the tone really well - this is a cute, slightly ascerbic throwback to the JRPGs of the mid nineties to mid 00s. Very charming.


It's still in early access, so I haven't finished the campaign, but I'll be checking in on this gem every update.


Keep it up, Nylon Blonde!. nice!! a cool little tactical game. there's a bunch of levels and you can customize your guys. Fantastic puzzle\/ strategy game. It leans on your instincts to think unconventionally to solve battles, and that makes it feel unique.. Fun strategy game that's easy to get the hang of, but also challenging. Love the style of the graphics, and all the costume options are fun.