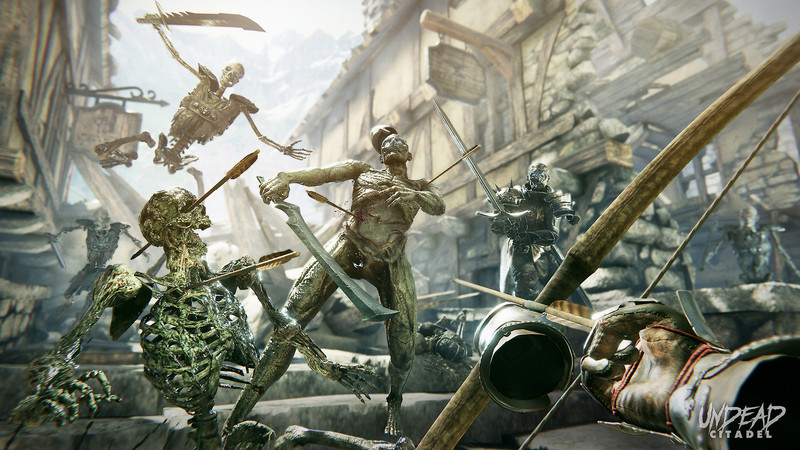 UNDEAD CITADEL is an action-packed title exclusively built for VR that relies on a hybrid physics-driven combat system which allows for unobtrusive close/ranged medieval skirmishes with real-life movements, all within a visually stunning fantasy universe threatened by undead annihilation. 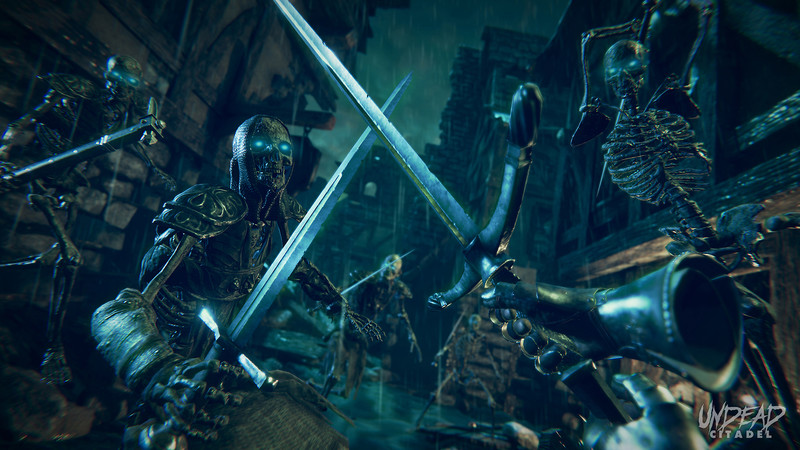 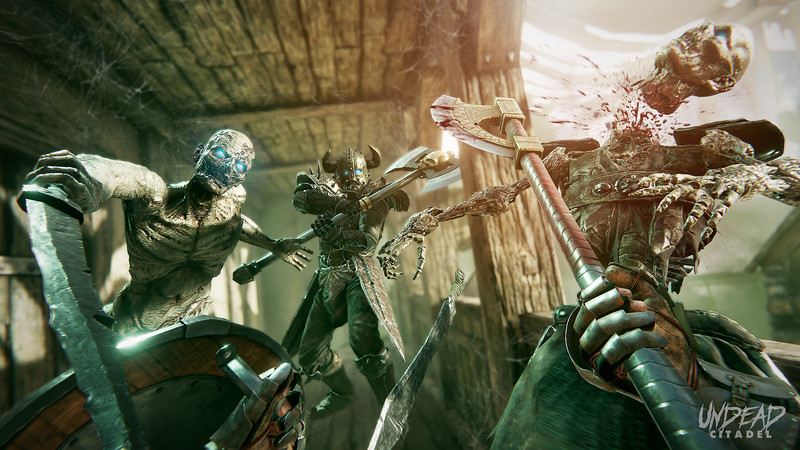 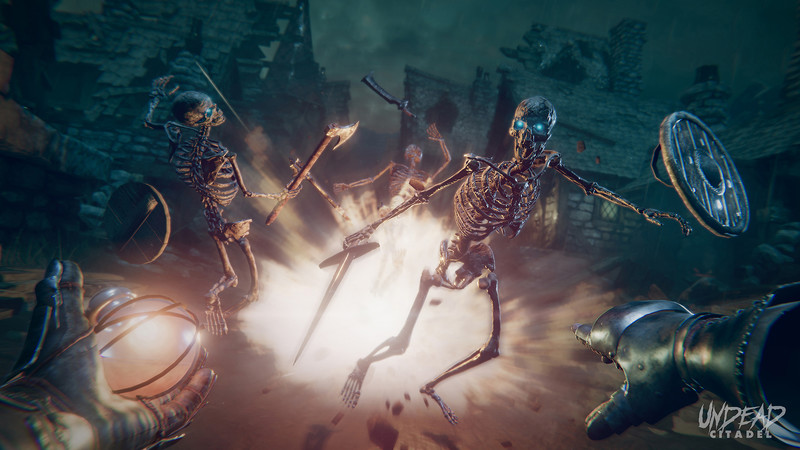 Besides toiling away producing Undead Citadel, we have been providing a few assets for you to take a peek into our development. Mentioning this, we would like to give our most sincere thanks because we have truly been mesmerized by your support and positive feedback in general.

My one concern would be that the gameplay could turn out to be too easy … you cut through the undead like butter and it doesn’t take much skill to dismember them, which means there’s no real challenge …

I hope the devs can get the difficulty right.. Why have we chosen to develop Undead Citadel?:
In order to answer such a question, we must start from the beginning. To do so, let’s go back; way back to the golden age we call 2014. This was a time when other game legends would be cast in stone, among them Goat Simulator and Mario Kart 8. This was the same time we released our first official game, Final Kick for mobile. Here we had a simple idea and a huge fanbase, thus we dedicated ourselves fully to creating the best football penalty simulator out there (soccer for some of you). Having secured ourselves with this modest success, we decided to start working on a personal passion of ours and create a medieval based combat game, Dark Steel, for mobile which we now felt we dominated to great standards (maybe I should now have mentioned that). 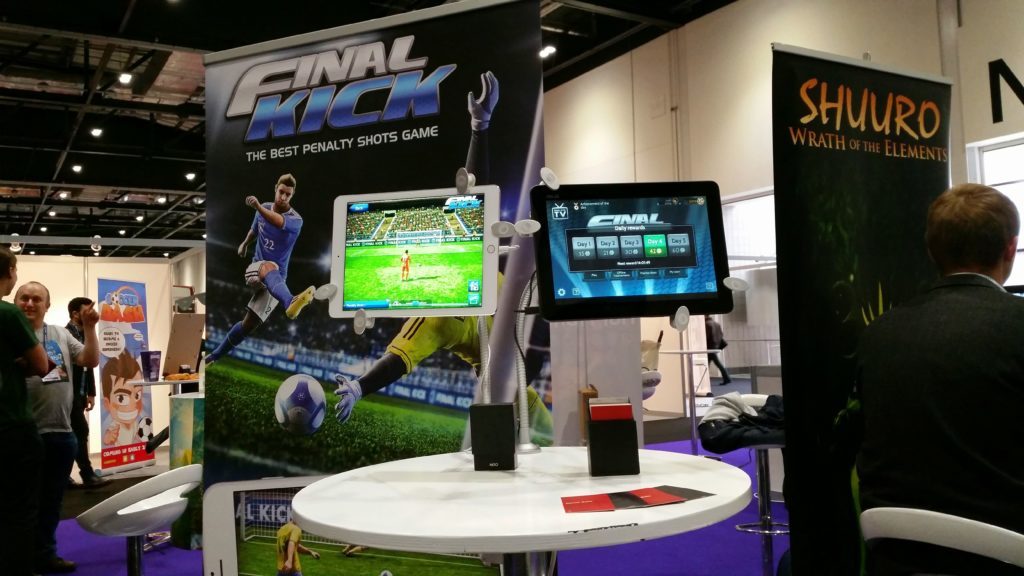 In any case it was while we were working on this game that we were given the chance to create a VR adaptation of Final Kick and thus we were presented with the Oculus Rift when it just came out (back in 2016). That was it… we were blown away by VR and soon after having finished our new expansion, decided to put Dark Steel on hold (don’t worry, we will continue working on it) and create a medieval set virtual reality game.

We noticed that there were relatively few medieval set games for VR and among those, even fewer which were not based on simple horde based arcade mechanics. To this extent we did the following: 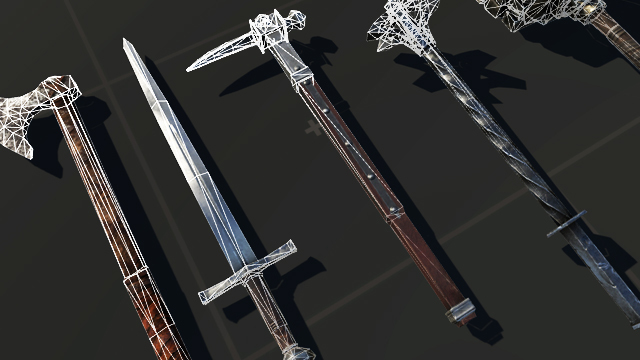 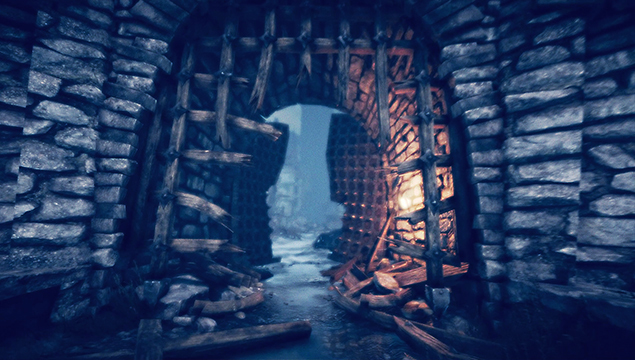 So having declared this, we have indeed launched ourselves upon a vast new world sort of speak. We are designing, building, putting things together, breaking them apart again and starting all over. After building a new weapon, we test it out, we see all the faults (and believe us, there are always plenty), we tweak everything, including the range, the edges, the piercing threshold, durability, weight (after all, if you decide to juggle your weapon, it’s not the same to spin a dagger and catch it as it is will a warhammer), and countless other attributes.

The same goes for all the enemies out there. We are also aiming not to be completely repetitive, thus we give each creature you will encounter slight modifications and personal traits which would give a hint of the life or character (or simply height and girth) of the wretch before you. 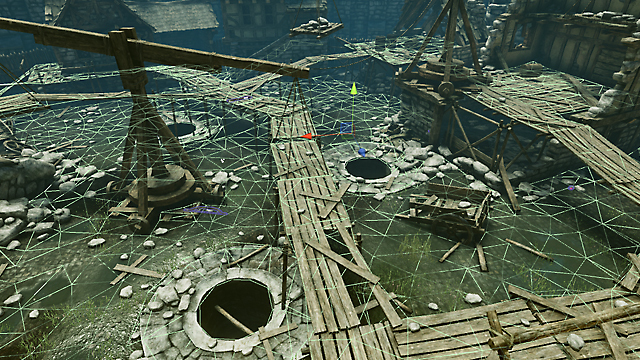 One of the issues which we have encountered to which we decided to modify a bit in retrospect to our initial design is the fact that we have decided not be be 100% physics prone and go for what we like to call “Hybrid-Physics”. This is on account that we noticed it was actually counter-productive to providing realism within the stage. For example, if you unleash a long armed strike and your weapon was blocked an in-game object (such as a wall), normally your strike should end there, but your arm would still do the full swipe. This would leave your in-game hand stagnated and the subsequent movement would carry on from beyond the actual premises of the game confinements imposed within the scenario.

The one thing we are well aware of is that we are learning while we work on this (not to mention having an awesome time). We want to get this right and we want to create something that will be relatively new for VR and a great experience for all of you. This is why we are paying extremely close attention to all your comments when we release assets, such as videos and screenshots, and will also be relying on a few of you later on for testing.

Thank you very much for your interest and support!

Stay tuned for our next update!