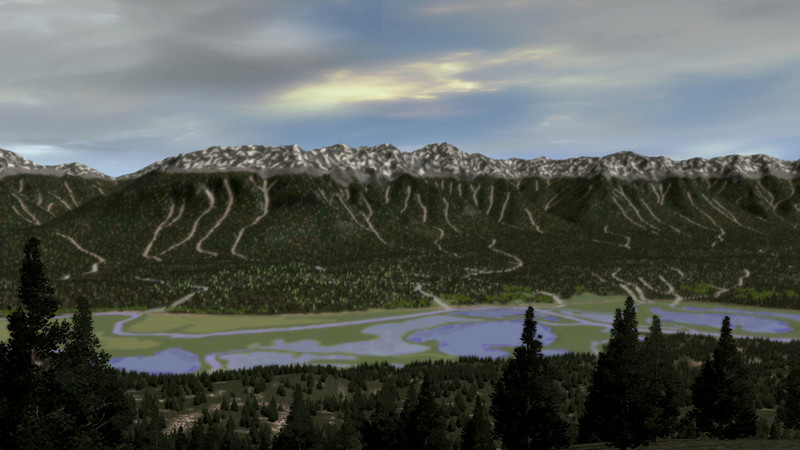 At ~50km long and 40km wide the beautiful Columbia River Basin covers a staggering 2000 sq km. Bounded in the east by the Rocky Mountains, the west by the Cascade Range, and to the south of the Great Basin, the land within is exceptionally diverse with tall mountains, arid plateaus, green river valleys, and deep gorges.

This gorgeous route has fantastic scenic views everywhere you look and gives players a diverse and unique rail experience. Its main river, the Columbia, starts in British Columbia and empties into the Pacific Ocean near Astoria Oregon. With population of more than 6 million people within its borders, the Basin and its rivers have a rich history and are of great economic importance for the region.

This route is a subsection of the world famous CPR Mountain Subdivision and is prototypical as far as the software and assets allow. It is a wonderful addition to the entire Canadian Rocky Mountain route series that is being created for Trainz.

The Basin LegLP Engineering have requested a unusually large woodchip order and the usually truck delivery method just isn't going to cut it. They have asked CP Rail to pick up the goods and drop them off due to the large amount needed and the speed in which it can be delivered. Pick up the goods and make your way round to the LP Engineering warehouse siding. Be on the lookout for other freight trains coming through as they will have priority over your run today. These freight trains can get rather long so you might have a bit of a wait. Best to take in the beauty of the Canadian Rocky Mountains!

CP Rail Freight RunYou and your colleagues will drive a freightliner from the North of the Basin and delivery your train cars along the way. Donald Industries requires the CP Rail Hoppers first. Once this is done you have a long 12 mile journey with the group until you break off. Once you reach the junction before LP Engineering driver Alan will head to the South and continue his run without you. You will head towards the East through the mountainous ranges. These canyons can be tough to navigate through so you might want to get some coffee before the next leg. Be on the lookout for incoming traffic down the mountain and once you get close to the exit another driver will take over as you will need a rest by that stage. Good luck on the long journey ahead.

Main Yard SwticherWelcome to the main yard of the Columbian River Basin. Today you’ll be assembling an important freight train that is headed North West. There is another switcher helping you assemble a few of the cars today. He’s only doing part of the job though; you’ll be doing the majority of the work. Follow all navigation points to determine what you need to couple up to and move around to get the freight train assembled. Good luck.

Golden Airport - Heli Flight South EastTake a 45 minute flight from Golden airport into the Kicking Horse Canyon than on to Parson and follow tyhe Columbia River Basin through its gorgeous valley and river back to the airport. Along the way you should see a Train or two hopefully so be on the lookout. We hope you enjoy your flight.

Golden Airport - Heli Flight North WestTake a 45 minute flight from Golden airport to the North West corner of the Columbia River Basin and back again. Along the way you should see a Train or two hopefully so be on the lookout. We hope you enjoy your flight.

One-Tunnel Automatic Session CRB
One-Tunnel Dispatcher Session CRBA busy day at the Golden hub of the CPR Mountain Sub, with increased traffic on the Windermere branch line because the MacDonald Tunnel (further west on the main line) is closed for maintenance and repair. Trains are emitted at roughly 80-minute intervals at WestUnPortal and EastUnPortal on the main line, and at roughly 120-minute intervals at SouthUnPortal on the branch line. Trains are emitted in random order, which may cause congestion at various choke points. Train drivers have their orders, but are blocked at entrances to single track and at the crossings of Golden Junction until it is safe to proceed. The Dispatcher session makes you responsible for switching the blocking junction(s) giving access to single track or crossing; appropriate rules do this in the Automatic session (the blocking junctions are locked in that case). Junctions are reset automatically to the blocking position after passage of a train. Access to the run-out sections towards the UnPortals is always handled automatically, simply by means of an open time window after a new train has been emitted. It is possible to operate your own train in a running session, or even to take control of an AI train. Just make sure to obey signals. 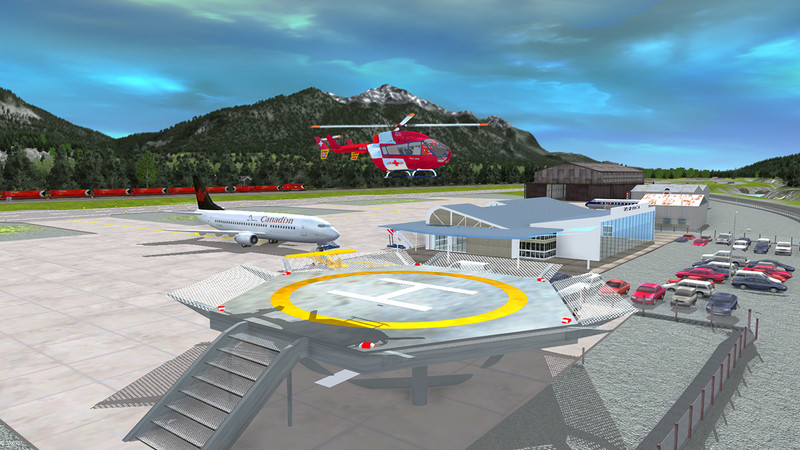 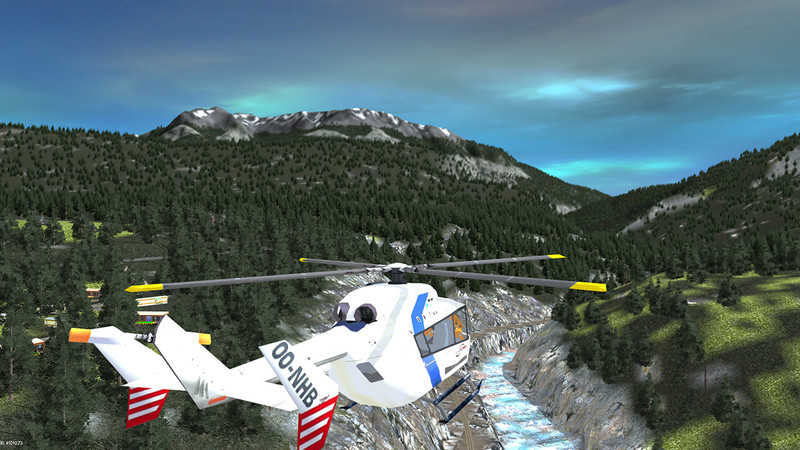 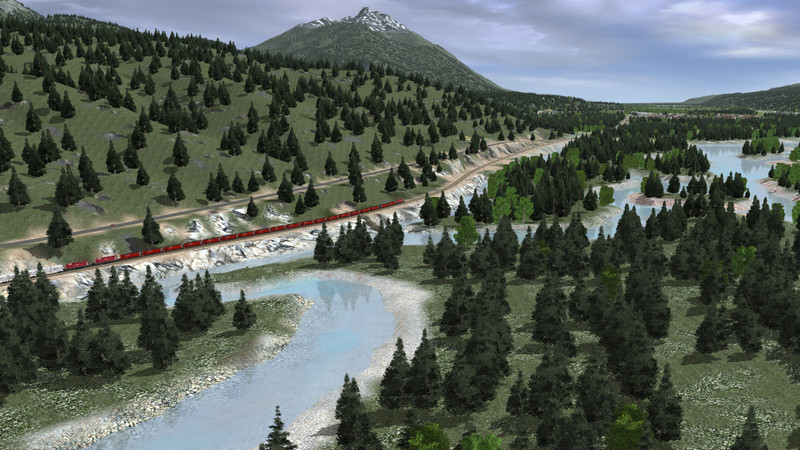