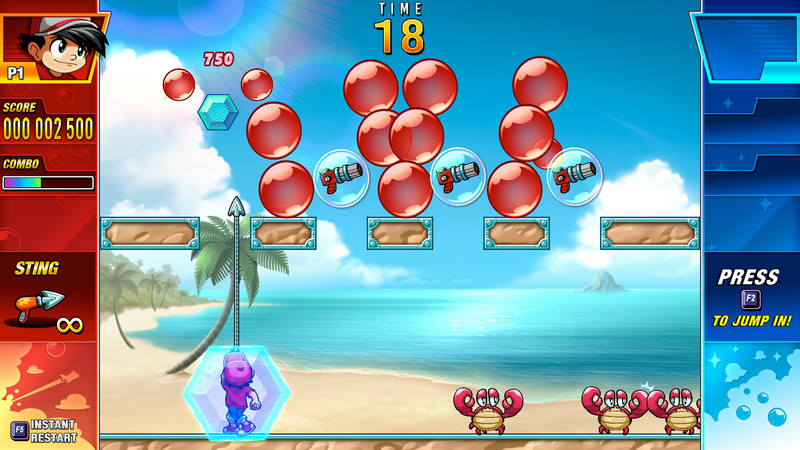 The Pang series is a beloved collection of arcade video games from the early 90s. Guide two brothers on a quest around the world to save humankind from a massive alien invasion! Use your wits and skills to overcome the attack balls pouring from the skies and rescue the world’s cities and landmarks from impending annihilation!

Pang Adventures brings new features and gameplay to this arcade legend while keeping true to the original spirit of the series.

● Local Co-op: Adventures are best shared! The couch-coop feature is available in every game mode, allowing friends and family to team up and save the world!

● Online Co-op: show off your skills and compete with your worldwide friends to see who can down the most balls!

● 3 different ball-popping modes:
Tour Mode: Fight back the alien forces, one location at a time!
Score Attack: Save the world with only 3 lives and NO CONTINUES! The real arcade experience!
Panic Mode: Bust balls like a legend! 99 levels of continuous battle will put your skills to the ultimate test!

● More than 100 levels scattered throughout Antarctica, Scotland, Death Valley, Bora Bora... each location with its own unique tricks and twists!

● The Pang Bros. have upgraded their gear since the last alien invasion: machine guns, flamethrowers, lasers, shurikens…you name it, they've got it!

● Boss fights! For the first time in the series, the Pang Brothers come face-to-face with the nefarious Alien Commanders! These villains didn't come to Earth for the sightseeing…so get ready to blow them to smithereens!

● Since the last invasion, the Aliens have been busy improving their attack ball technology! Electric, explosive, smoke and lava balls will all be deployed to knock you off your feet, so be prepared!

The simplest recipes make the best cookies! Pang Adventures is one delicious treat specifically designed to please your digital tastebuds and get you hooked! So keep your eyes peeled and your reflexes razor sharp to succeed and save the world! 1075eedd30 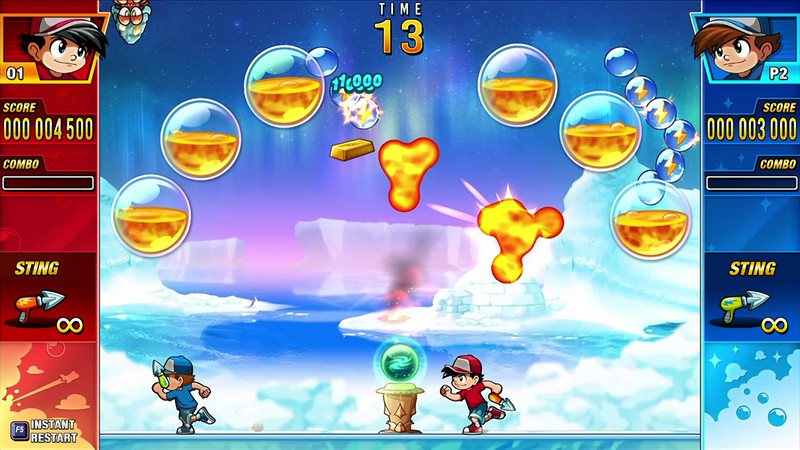 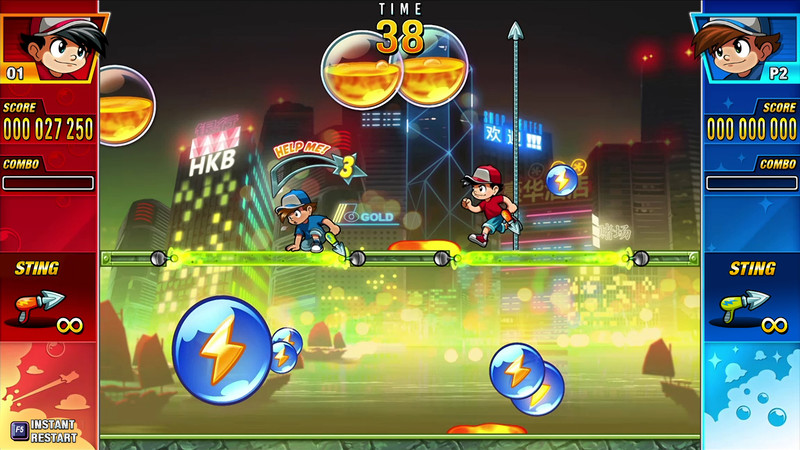 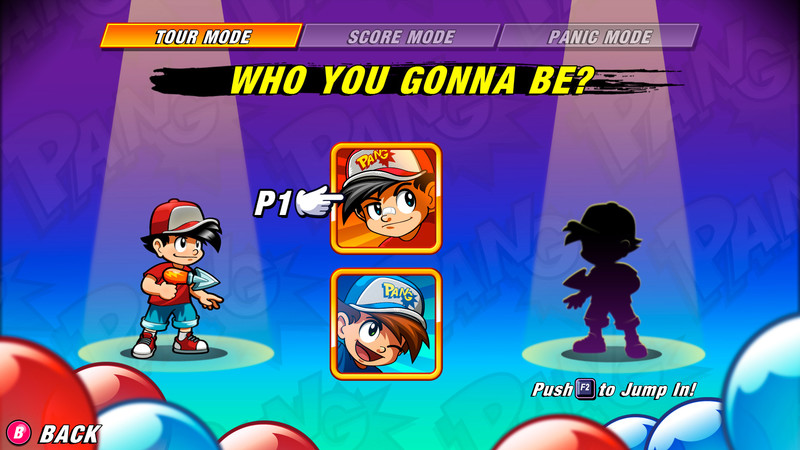 Played alot of Pang on my Amiga 500 when i was a kid. Now i got quite a Super Nintendo collection, including Super Pang, wich reminds of this. This freshly made Pang game with new modes, feels really good and will work for you if you love the series.

Controller recommended. Works perfect with a XBox One pad.. Another successful trip on the nostalgia train. My friends and I spent many a quarter doing coin-op co-op in the arcade playing Buster Bros., and popping bubbles to save the world is as fun as ever.

I have to say though, it is definitely a different feel. I don't remember the pace of Buster Bros. being as frantic and unforgiving as this game, but then again, the quarter-munching arcade machine didn't give infinite lives or instant replay either. So though I died a lot - and I mean A LOT - very rarely did I find the bubble swarm to be difficult to the point of frustration. The timer on the other hand...I do have to complain that the time limits are brutally harsh on some levels, preventing me from taking a calm and calculated approach and instead forcing me to throw away life after life after (fortunately unlimited) life just trying to button mash and fluke dodge my way through. Which I guess was the point...and I did clear the world tour, with my less than optimal bullet-hell skills, so maybe I'm focusing too much on it.

All in all, a fun and simple little game that I'm glad I picked up, and will probably play one-off games of well into the future. Do check the discussion boards though - while I played solo with no plan or hope of reaching 100% completion, so these issues never bothered me, there are a lot of complaints (and I think valid) about how some achievements are impossible due to bugs, and that online co-op is locked until you clear the world tour. Keep that in mind if looking to play with friends and\/or achievement hunt.