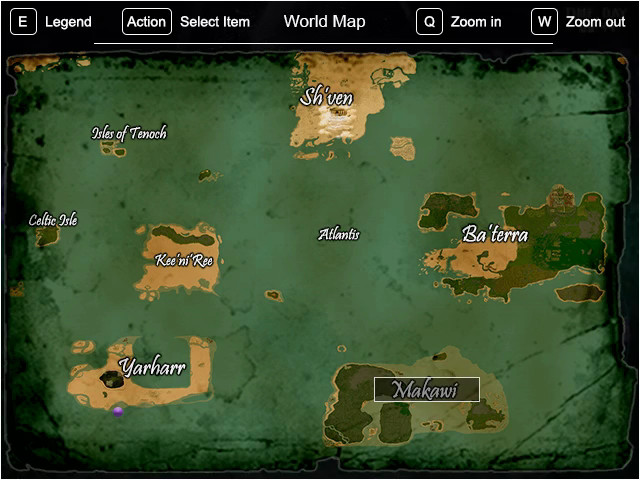 THIS IS A JRPG WITH FULL CARD AND FARMING SYSTEMS! 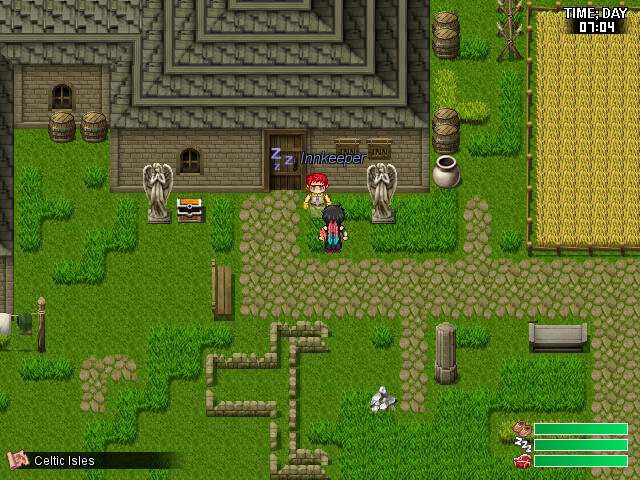 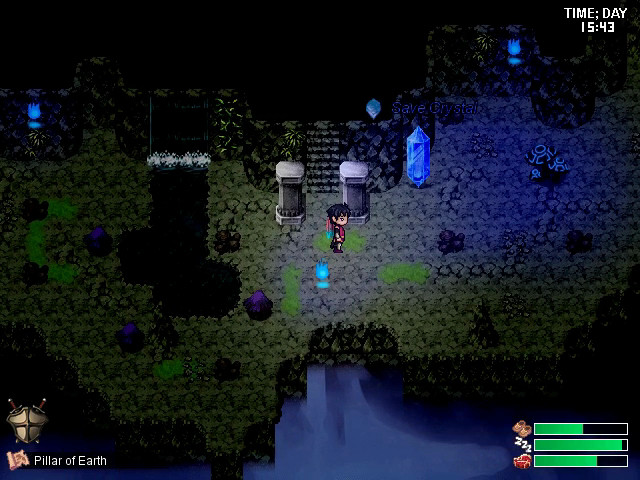 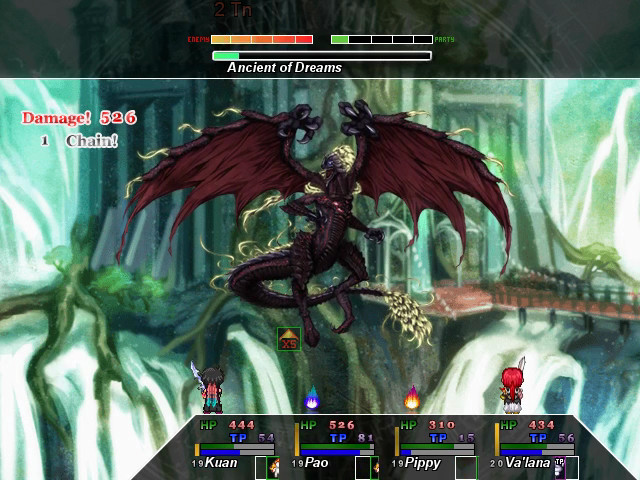 
I definitely recommend this game. The developer is friendly, engages with players, listens to suggestions and is really invested in the game, releasing new features and fixing bugs.

The story is very short, you can complete it in a few hours. However, the sidequests and additional content the game provides will give you hours of enjoyment. Although I have to admit that I felt somewhat disappointed with the story, not because it was bad, but because of how short it was, it left me wanting to know more about the lore and what's going to happen next. On the other hand, that's good on its own way, I'm looking forward to next installment in the series.

Considering this game was made with RPG Maker, software mainly used for making RPGs, I was very impressed by the level of variety and detail that was put into it. I didn't know it was possible to achieve something like this with RPG Maker. There's a lot of different stuff to do. You can tell a lot of effort was made into implementing all this different gameplay mechanics.

My only complaint is the relationship development between the main character and his love interest. The romance felt somewhat forced, when the romantic feelings were revealed I was like: "Wait, what? why?". Perhaps if the story was longer there would have been more room for developing the romance trough it.. Bottom line - WAY WORTH THE MONEY. Bug free and lots of content.

Positives: Enough to do of enough kinds that its hard to get bored. Survival mechanics, crafting of all kinds, fishing, farming, quests, and puzzles. And its all profitable if you bother with it. Card game too. The open world is seriously huge. There is a contiguous underworld. But you can fast travel if you like. Lots of recruitable characters. Steam achievements equate to in-game, permanent stat increases. I haven't beat the game yet, but there is a new game+ option on clear.

Neutrals: There's a unique feature where you can switch a characters class at any time, shuffling their abilities accordingly to suit a situation. For example you can play your main as a tank, healer, or glass-cannon. Take your pick. I really like it, but this might irritate purists. The story has some unique elements. In the end you're still roaming the world and killing big-bads, but without spoiling too much, you're not a very nice guy, and up against a threat that is different from the standard angel and demon archetypes.

Negatives: Again, I haven't beat the game, but there doesn't appear to be progression of any sort with weapons - no associated vendors, finds, or crafting recipes. This appears to be an intentional part of the final build as leveling is sufficient to maintain attack at a high enough level to contend with enemies. For such a thoroughly complete and expansive game, this is an otherwise mystifying choice by the developer. The interface is workable, but not very good. One or two many button clicks to do some basic stuff.

Negatives aside, this is overwhelmingly a worthwhile add to your library. Honestly feels kind of like Skyrim ported over to RPG maker. I'm having lots of fun.

TODAY IS THE DAY!. SPACE TYRANT IS OUT TODAY!!!:

Hey Slayaway Camp fans! We're so pumped to tell you that our good friends in the Seattle Blue Wizard studio have released the game they've been toiling over for what seems like 1000 years: SPACE TYRANT. 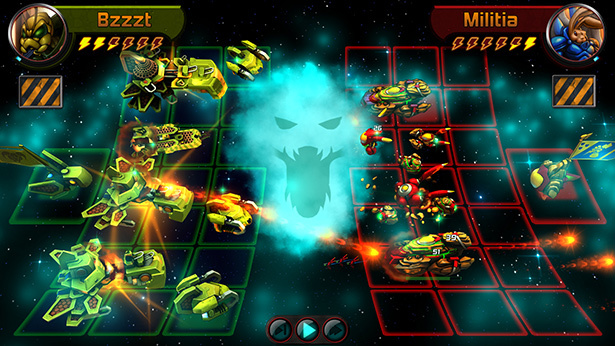 For the cold, calculated thinkers of Slayaway Camp, the only logical next-step to terrorizing a lakeside campground is to conquer all of space with an iron fist and powered up laser gun. Space Tyrant is a hilarious fast paced space strategy game that is designed to be played in quick sessions.

It's out on the Steam store today with a 20% launch discount, and even features a couple familiar faces! 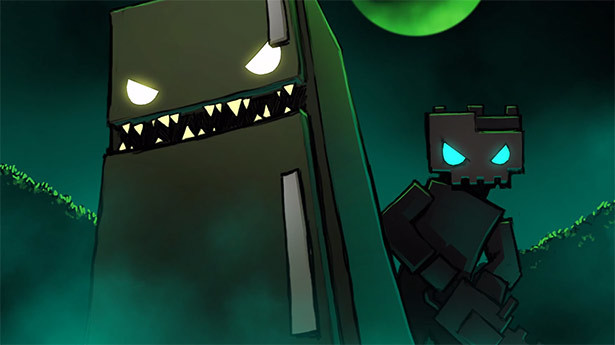 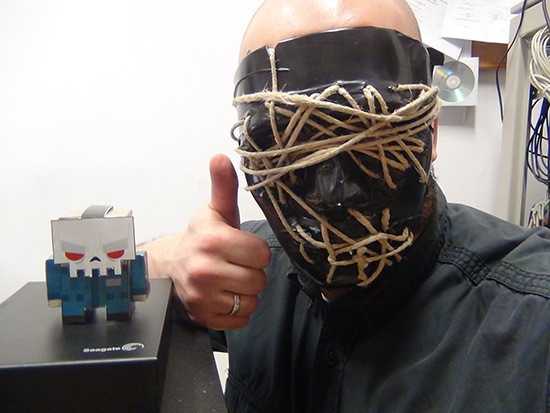 Hello, slayers! We are delighted to announce that we will be hosting the #SkullfaceAndMe photo contest! Pose with Skullface in your creepiest, most slasheriffic outfit and you could be made into a REAL in-game Slayaway Camp killer! Check out Mr. Candyworms awesome photo above, he's our first official entry into the contest to become a Slayaway Killer :)

Hey Killers! We hope your spring is full of stuff that has sprung. We have been working hard on the Android release of the game and getting it ready to launch in closed beta very soon, but also have been making sure we have some cool stuff coming for Steam too, starting with a quick update that fixes some small issues that you have kindly reported to us! For your patience and kindness, Skullface will kill you last.

Wanted to post a special update today that fixes some bugs and prepares for something special to be coming very soon. Here's a quick rundown of what you can expect:


These update should now be available! Keep your eyes peeled for a very special announcement coming on Friday the 13th... that's next week! (http://www.slayawaycamp.com) 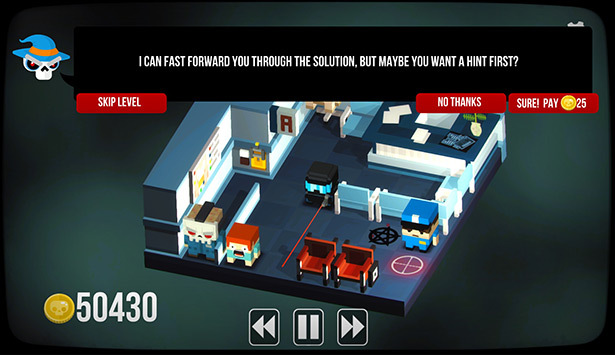 Just wanted to let you know while EVERYONE ELSE was either flipping out or cheering heartily about the voting results of some sort of Electrical College something or other (sounds pretty deadly, but we’ve got a game to make, people), we were hard at work plugging away on cool new updates for Slayaway Camp. Here’s a list of what you can find in the latest version! 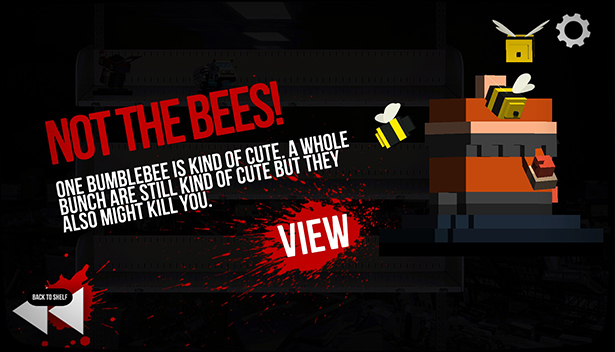 UPDATES MADE. "THE BASKETBALL DIE-ARIES" UPDATE (v1.02):
NEW FREE CONTENT FOR YOUR EYEBALLS!