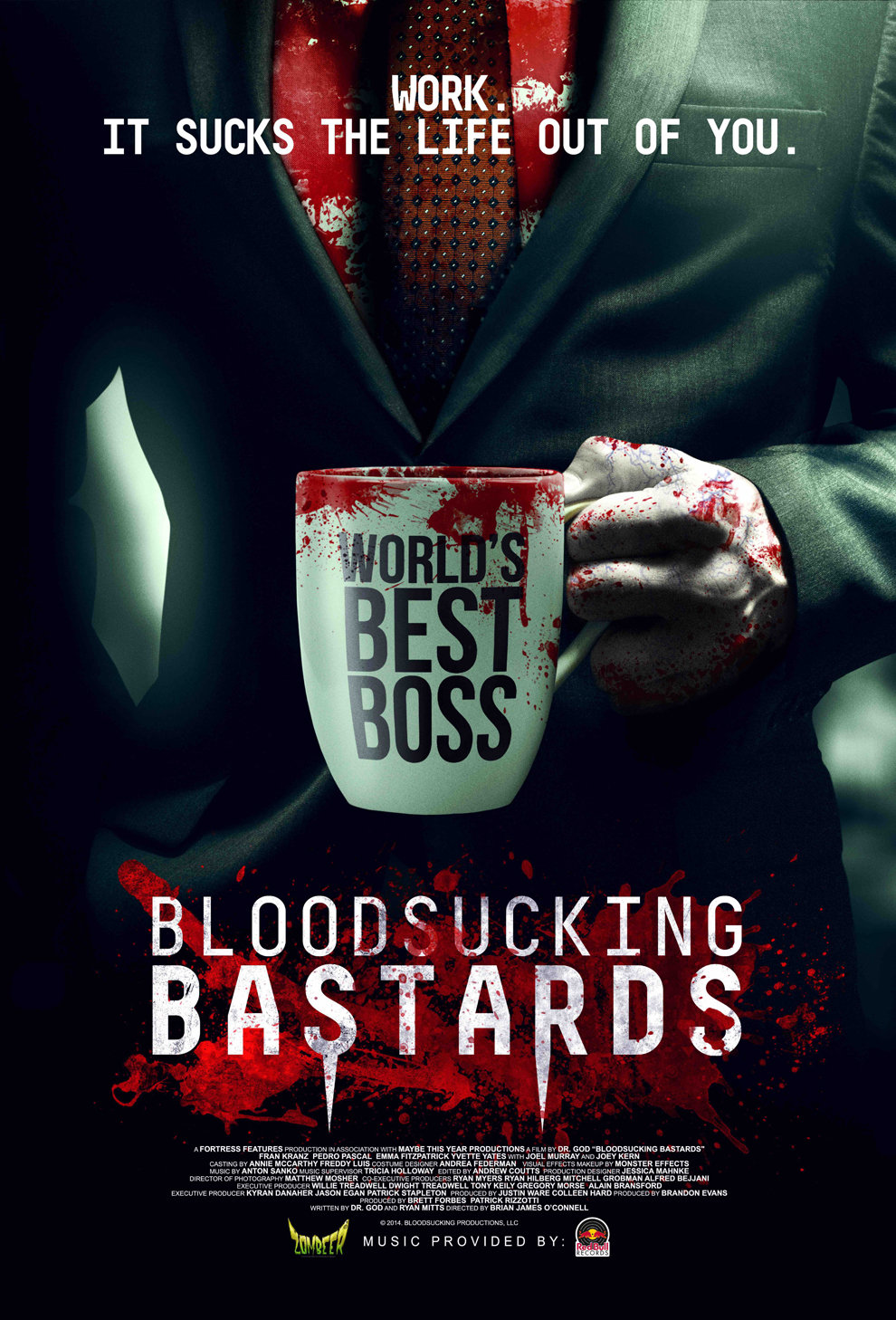 The second half, or to be correct the last 30 minutes is rather entertaining and action-packed but we had to sit through 50 minutes of (mostly) unfunny jokes and little plot to get there, and you have to judge the movie on a whole not a good last third.

Horror in the office can be done well 'NOT SAFE FOR WORK (2014)' with Max Minghella is a good example of that, or if you need a bit of comedy in your office-horror 'INHUMAN RESOURCES' aka 'REDD INC. (2012)' is a much better alternative than this. Tired of working in a dead-end job, a man slowly comes to realize that the fellow workers are slowly being turned into vampires by his new boss and must rally the remaining unturned workers who believe him and stop the vampires from taking over their job.

This here was a somewhat problematic though really fun effort. What really turns this one down is the fact that there's just not a whole lot of the film that really makes it appealing which comes from the fact that it's mainly about the most unappealing cast ever. The fact that this one concerns the group who are adamantly against their career goals who turn everything into a party at their job and are absolutely complacent in their desire to slag off their work in favor of goofing on each other which doesn't make them all that appealing as their do-anything-but-their-job mentality doesn't make them engaging. The bonding nature of their attitudes towards each other and the rather generalized working-place humor featured here aren't that funny and they just tend to go for so long that this section is just not that funny in the slightest. Even with the utterly goofy way it goes about trying to show them stumbling along with the discovery of what's going on doesn't really generate the real kind of laughs it should as the concept here could've provided this one with a great deal more zany comedy had this part here been fixed. Still, there's quite a lot of enjoyable elements present here with quite some good points to it. One of the main pluses is that once it turns into a funny turn with the comedy there's a rather great deal more energy to come from this one which picks up significantly as the group finally understands their predicament with the vampires finally coming to task and really generating more goofy set-ups of them going after them. The action in the final half where they go into the backstory of having to replay the events in motion which alerts them to vampires being there and then have to fight their way through the horde working in the building and gets up to the really impressive fight in the main floor against the head vampire which generates a ton of fun bloodletting amidst the generous action that is still gloriously goofy and silly while still being serious enough to be scary enough. Given the boost from the early build-up scenes that set the stage for these scenes, that really helps this scenes work even better with that continuing in the same manner of having the comedy sitting alongside the horror and gives this a big boost during this half which does help to overcome the rather banal setup in the first half. That is what really holds this one back during the film.

Rated R: Graphic Violence and Graphic Language. So while this is all rather dumb, it’s dumb fun, and aside from some incongruous soundtrack choices—the credits music encourages us to “burn down the disco,” which, sure, but during office hours?—director Brian James O’Connell plays all of his tonal elements right, which is to say fast-paced; goofy; and very, very bloody.