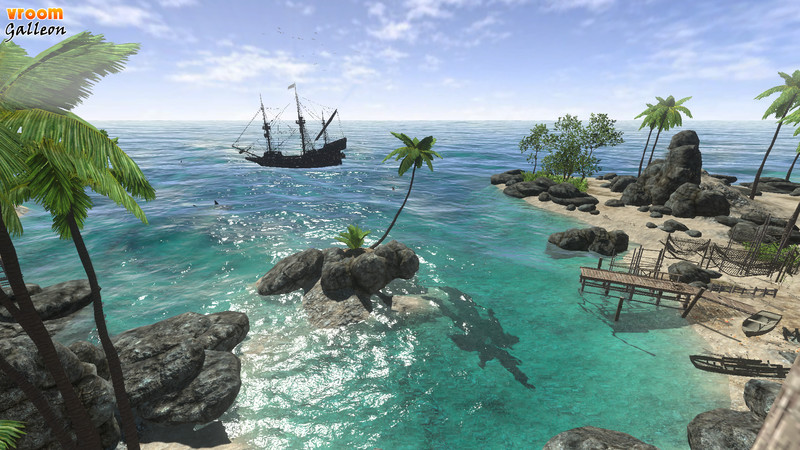 Experience virtual life at sea aboard your own pirate ship!

Developed exclusively for virtual reality headsets, this is not a traditional PC game or sailing simulator. It is an immersive experience designed to delight your senses in life aboard an old sailing vessel, with several fun activities thrown-in for good measure. Due to heavy VR performance constraints, the ship does not currently sail, but rather floats in place at two different locales. 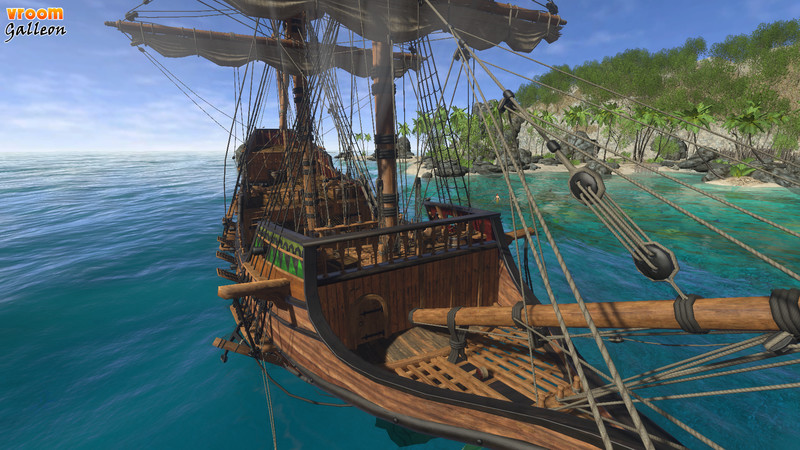 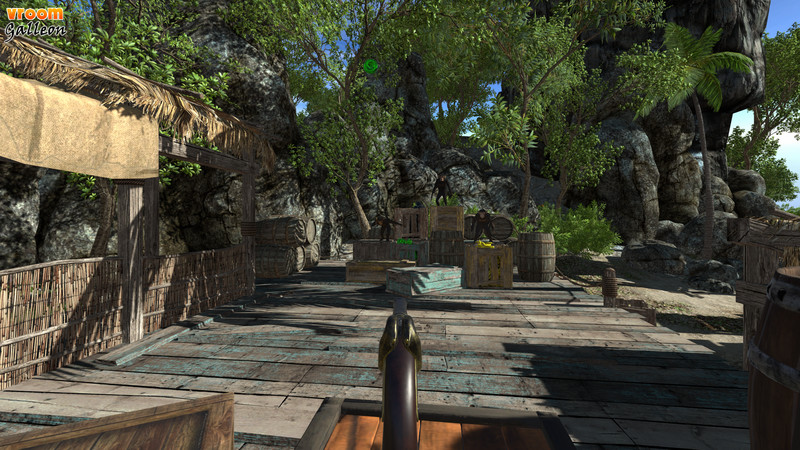 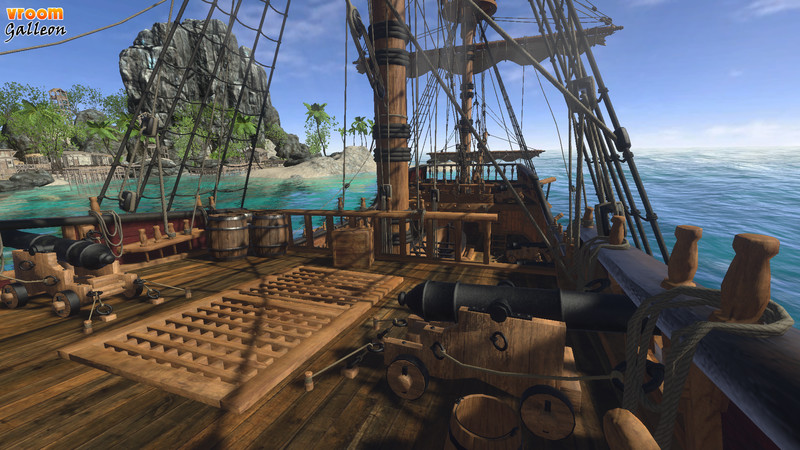 VROOM: Galleon : Be a pirate in Virtual Reality ! 10/10 love it !. Just tried this on CV1. It's not a game as such, but as an exploration/sitting around admiring the view experience, it's fantastic. The visuals look great and the minigames are entertaining (particularly flying as the bird). If you're looking for somewhere to just hang out in VR, this is perfect.. This was a solid experience, but could use some improvements. But as others have said, don't go into it expecting "gameplay". You basically can roam around a couple environments, and interact with a few objects (i.e. fire cannons).

-Needs further optimization. i5 4690K and R9 390 were not enough to be completely judder free in all areas. Island was especially bad.

-$10 seems steep for the lack of replay value

-Controls could be improved, and maybe add a pause menu with controls listed.. This is one of the best VR experiences so far. The graphics are amazing. Controls were simple. I never felt sick at all. Steering the seagull around the island with your head is a blast!. I really enjoy Aerie and how it has improved over the past few months, so I figured I'd pick this up as well. I was nervous about getting seasick, but fortunately that never became a problem.

The graphics are some of the best I've seen in VR. Hopefully the devs will add more content as they did to Aerie, because I'd like to spend more time here. It's well worth the price if you love pirate ships.. Amazing graphics for current VR hardware. Enjoyed the slow pace; just watching the ship rock and waves roll by. Can't wait for Vive support!. This is a very neat concept that still needs some work. The authentic Galleon is quite cool to explore and there are a ton of neat little surprise actions hidden throughout the game (things to open, things to activate, things to briefly enter the POV of). The graphics are great, but the movement is a bit odd and gave me pretty strong nausea. I'm looking forward to trying this in room scale with the vive, but I really think the movement will need something like Cloudhead's Blink locomotion or cloudstep.

I have to recommend against the game at the $9.99 pricepoint in its current state. Given an updated movement system and some bugfixes for some minor graphical glitches, or a drop in pice to 2-3 dollars, I'd change this to a yes.