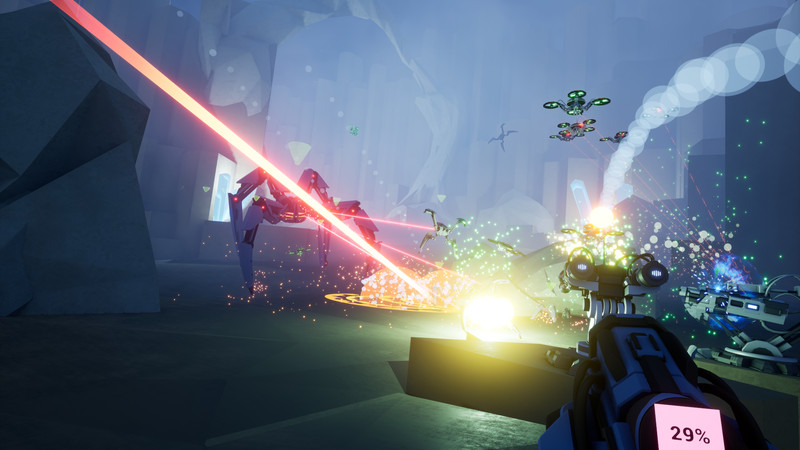 Voronium - Locust Sols takes place on a planet far from our known world. In the wake of mankind’s destruction of the earth a quest to find a new home has begun. Due to the enormous distances of space, this expedition is lead by machines and highly sophisticated AI all relaying on Voronium.

Voronium is a material, so versatile and energy dense it defies the laws of physics. It’s the energy source that replaced all others. But though the universe is vast – mankind and their AI are not the only species interested in the energy. Your job is to secure the Voronium mining operations, and destroy anything that gets in the way.

The game is made solely for VR and it mixes two classic genres of game-play. Tower defense and First person shooter (VR Style). The game contains the following features: 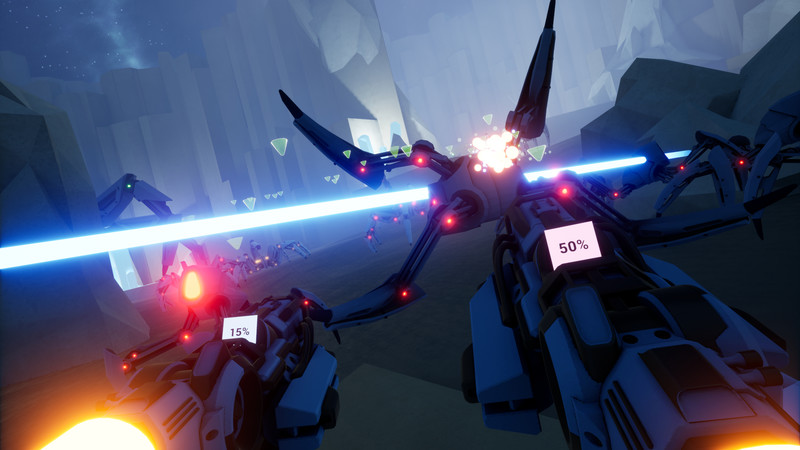 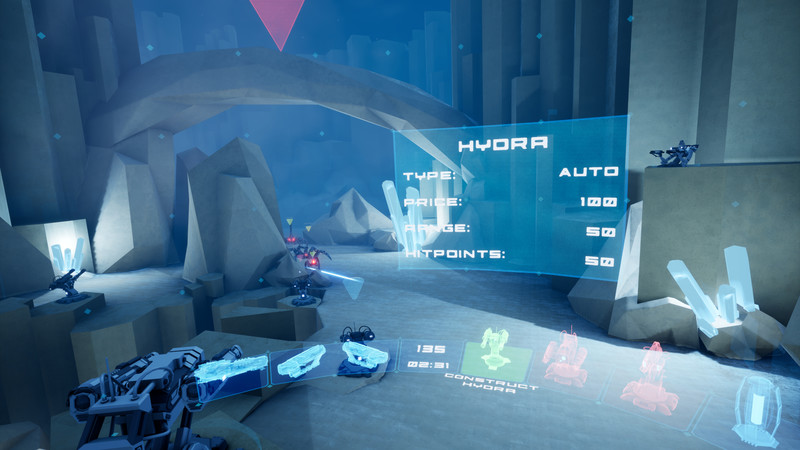 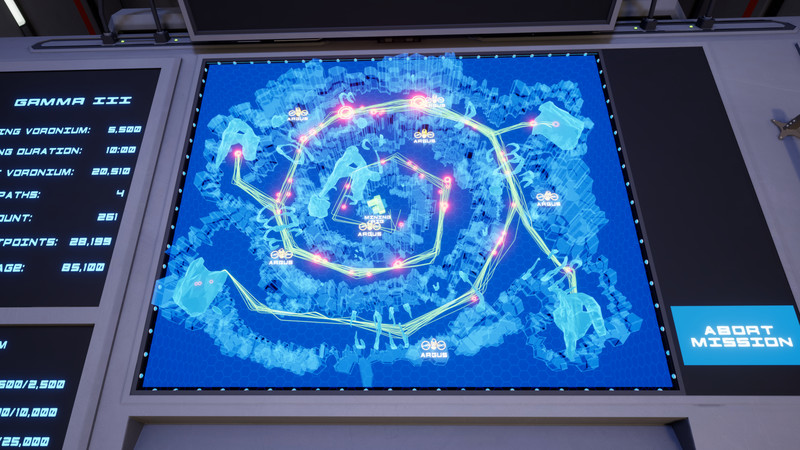 
Rockets and Shields – adding new weapons:
After our Early Access launch we had a Monday morning coffee to decide what should we do next.
We all agreed that now it's time to make the interaction with the world more interesting.
So this week we will be spending experimenting and building different weapon systems for the PDS.

The first two are rockets and shields.


Here are short videos to show you what we have got so far:
Rockets
Shields and dodging

- Improved game menu
- Remade visuals for prolog (Hit "reset storyline" in the menu to watch, but it will erase your progress)
- Hitpoints/Time-indicator on PDS guns counter recoil
- Added spectator mode
- Added commentaries: Tower down, Strider down
- "Get out of the Console"
- Fix for the PDS arms being on the way when shooting

About the arms being on the way - after watching a few folks playing the game is was clear we must make the arms move away.
The initial idea was to attach the rotation to the headset location, but then you won't be able to see the beauty of the arm and won't get same feeling about their size.
Eventually we decided to attach the rotation to the guns, so you still have the chance to look around and see the mech arms around you.
Please tell us in the comments what do you think of the fix? 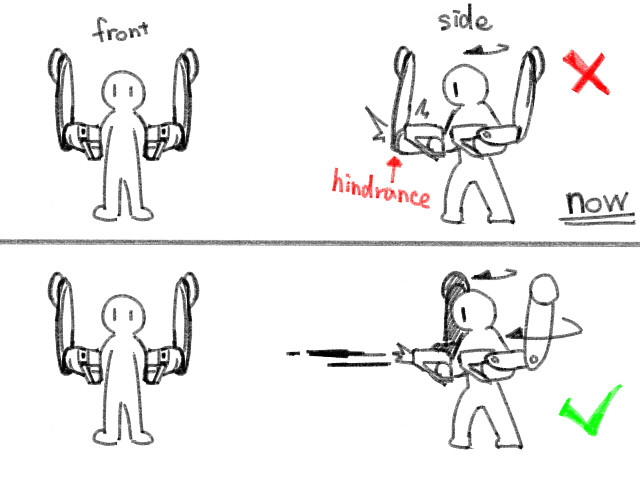 Credit to Moyasisyamo for the drawing. Voronium is live!:
Voronium is officially published now and you can get it on Steam.
The plan for next few hours:
1. To post the release notes of an update we made just a few hours ago
2. To upload another update with a fix for rotation of the arms rotation. Polishing update:
Lot's of polishing was done since last update.
Here are the major improvements:

- Added music to combat scenes and improved sounds all over the game
- Improved visuals of game start, when getting out of the cryo chamber
- Improved HUDs - updated hitpoint indicator on creeps and towers, new visuals for virtual hands
- Autonomous tower controllers - when possessing an autonomous tower they are more intuitive to control
- Improved level selection menu
- Improved landscape visual effects and added sand storms
- Storlyline fixes
- Fixed laser beams being caped
- No more shooting through things

Looking forward to the release in 20 hours!
Will squeeze as many more improvements as we can.

Meanwhile are welcome to join our Discord server and get ready:
https://discord.gg/FPRVqB. Upgrades!:
Dear Fans,

We are happy to announce that today we have released a new update to Voronium. This is a small update containing the following: