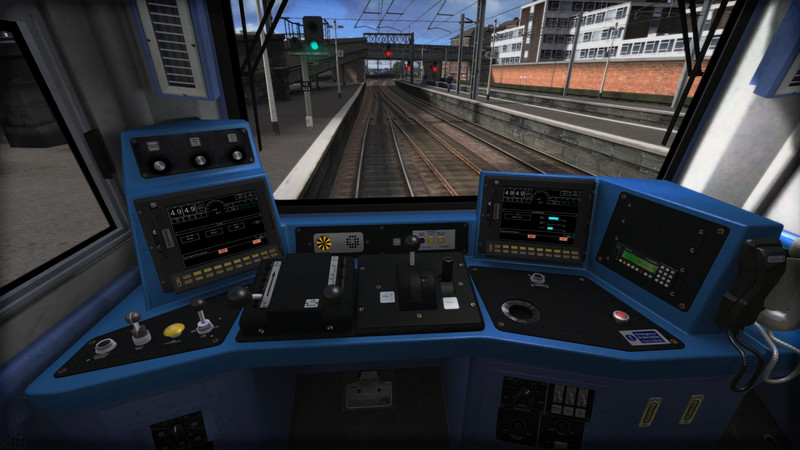 The Class 70 is one of the most distinctive UK diesel locomotive designs of all time, thanks to its US origins and safety features, and now this superbly-detailed loco comes to Train Simulator in correct Freightliner livery!


Developed jointly by Freightliner Ltd and General Electric, the Class 70 was built specifically as a heavy freight locomotive for Freightliner operations in the UK. Built by General Electric in Erie, Pennsylvania, it has a 3,690-horsepower diesel engine, though is still able to meet European Union regulations for diesel engine emissions. However, the Class 70’s most distinctive feature must be its exterior cab design which is immediately recognizable. This is a result of built-in crash protection to protect train crews in the event of a collision, and in fact the entire cab was designed with considerable input from freight train drivers.


With a highly realistic driver’s cab including working instrument and information displays, and sounds recorded from the real thing, the Class 70 is as up-to-date as they come and a great addition to your fleet. 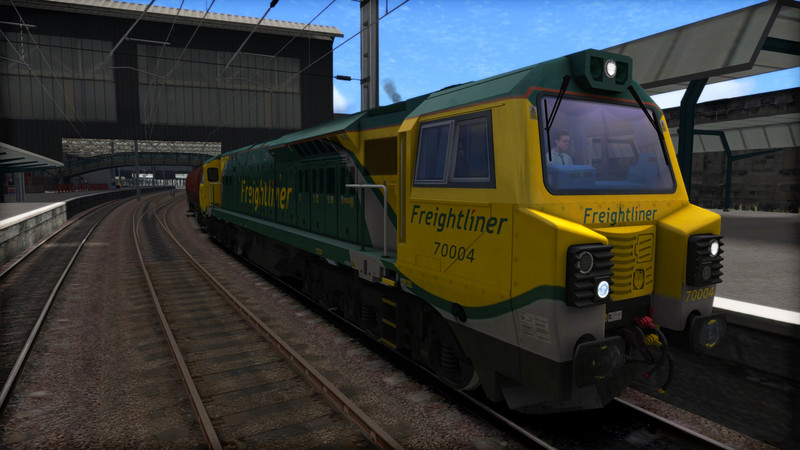 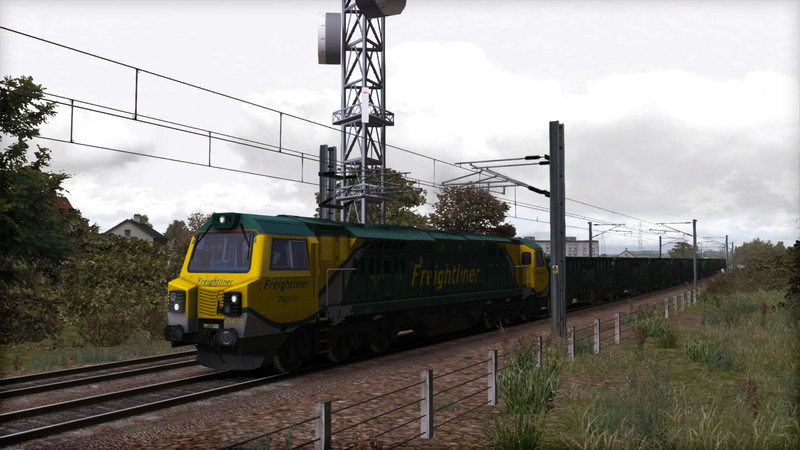 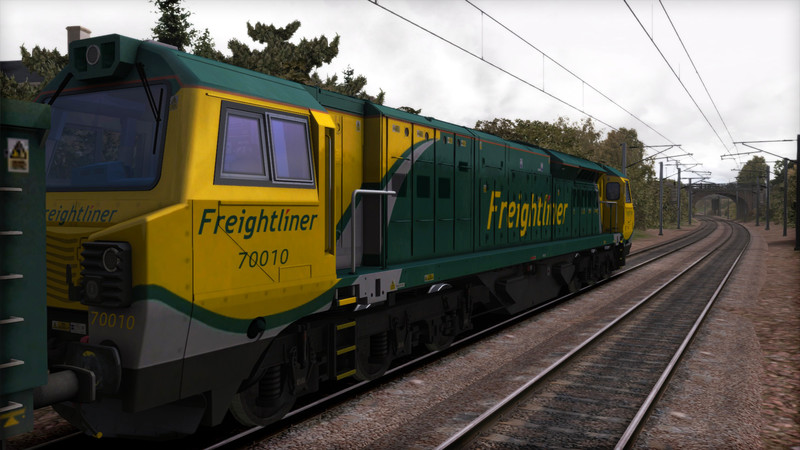 Flustrating to drive because my A and D keys don't seem operate the throttle, is there another key combination to operating it because it says nothing in the manual about it or is this an error on my end? Sooo yeah I have to use the SWC one for now.. Great loco with nice sounds that is seen all over the uk network. Good add on for WCML, nice engine for your freight collection. Use it regular.. Authentic Sounds, American made, lots of wagons, an extra class 47, and for such a low price! 10\/10 this is an amazing dlc and a must have for this game!. TL;DR - Get it if you don't mind a couple of small issues.

And now the full review:
This is good, in general. However it has some niggling problems which don't ruin the experience but they are problems nonetheless.

Cons -
Sounds - the engine sounds OK (although a touch to bassy), random sounds seem to cut in and out occasionally, and the horn - oh, the horn.... The horn's end sounds match the wrong horn tone! So the low horn ends with a high pitch and vice versa
Limited functionality - this loco has a lot of systems which I would have liked to have seen integrated into this
Physics - they're just wrong

Overall: This is good-ish. I'm pretty happy I bought it however it needs some fixing. But, considering this was released over three years ago now, it's pretty darn good considering the quality of some other DLC that was put out around that time.
. A wonderful loco and at a good price. Ok so it isn't the most handsome loco but it gets the job done. Cab contols are very similar to what you'll find in American loco's and despite the multitude of buttons and switches not all of them are usable. Both loco and horn sounds are better than what usually pops up in most DLC's, even the horn is a two-tone so prepare to use that "B" key too folks. Acceleration can be sluggish but the pulling power is fantastic along with strong responsive brakes which need gentle application.

Best part is that not only do you get the Class 70 you also get a Class 47 in Green\/Yellow scheme "Not freightliner" but to top it off you also get TWO sets of wagons to go with all this. These include the TEA and MJA wagons and 5 career\/standard to keep you busy for hours.

So if your just building up your loco collection or a scenario maker then this DLC is perfect for you and quiet the bargin at $8.99.. This loco is essentially what Jeremy Clarkson would want to drive if Top Gear was about trains...

Class 70's are quite a common sight for me nowadays - I live not far from a Depot where at least two or three 70's in Colas Rail Livery will be stationed. But personally, the Freightliner livery as seen here suits them much better. And dear God what a loco...

The detailing is absurd, the sound effects (including two-tone horn!) are fantastic and this pack just comes with so much content for such a little price. You get the 70's themselves, Freightliner-liveried 47's (the ones with updated sound effects), Container Wagons, MJA Ballast Wagons, TEA Fuel Wagons, and a big bag of scenarios.

Some are for the default 70 on the WCML - the only complaint I have about this pack is these though. Despite having a 70 quite out of place amongst the Intercity HST's & 86's, they just feel a bit... too similar to me. Just drive from Glasgow to Carlisle\/vice-versa - it's not very exciting... heck, I'm writing this Review while playing on of these - simple case of 'Once out of Glasgow, open throttle and sit back'. But you do get at least 7 or 8 Bonus Scenario's for the GWML & Hedborough North that involve the MJA & TEA Wagons, usually hauled by 37's or 47's. That's at least a Baker's Dozen of scenarios - enough to keep any rail enthusiast busy!

So overall, this comes highly recommended by me. Great loco, wonderful rolling stock, loads of scenarios & all for that price? I say you go and get it - no need to wait for a Sale, it's that brilliant after all.. What one thinks of the design of this loco is a matter of taste. I personally like it very much, it looks quite badass. Technically, the sounds and visuals are still suprisingly good for a 3-year old DLC. The scenarios are good and enjoyable. On the other hand, apart from the two-tone horn, there aren't any notable features that you can enjoy in the cab. I would love to see a new version of the 70, updated with some new functions.

If I had to choose again, I would still buy this addon.