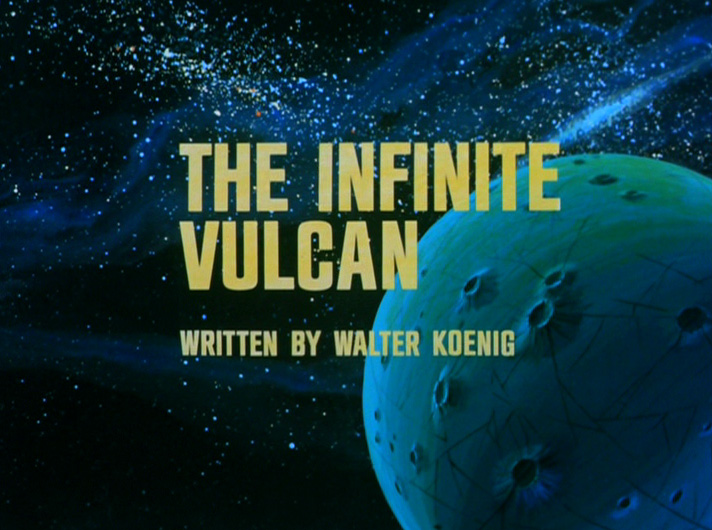 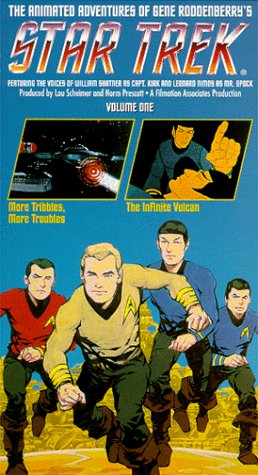 On a planet of intelligent plantlike creatures, the clone of a human scientist clones Mr. Spock for use in a galactic peace mission.
The animated "Star Trek" series sucked in many ways. However, often the scripts were decent enough you could almost ignore that the animation was drawn by chimps. Well, in the case of "The Infinite Vulcan" you have the worst of both worlds--terrible animation and an incredibly dopey story--one written by Walter Koenig and Gene Roddenberry!

When I try to explain the plot, bear with me. This is because I really have no idea what I saw and the story is an incomprehensible mess! The crew land on a planet ruled by sentient plants and their leader is a giant clone of a crazy plant-lover from over two centuries ago! His plan was to invade the galaxy and impose peace on everyone. Now, for no real reason, they abduct Spock and try to make a giant Spock to rule over everyone. Huh?!

This is just crap...total crap. I don't know how the voice actors could even utter such dopey lines as you'll hear in this one and my suggestion is that you take heed from the summary--which was spoken by Dr. McCoy during the episode! This animated series seems to be getting worse as it goes along. The guys go to a planet that is inhabited by plants that move around. Sulu picks up a plant with his bare hands (a little stupid considering it's an alien planet). He would be killed except the walking, talking plants save him. Then we find out the place is being run by some big human who is the fifth clone of some other guy. He has some plans for the master race and kidnaps Spock using dragons with corkscrews. Then McCoy creates a plant spray and..... I can't even try to explain what happens. This has got to be about as ridiculous as one can get. I know this was Saturday morning stuff, but it pretends to have an intelligent basis. It's as if some writers were in a room with about an hour to put together a plot and they turned in the first draft.