The Gallery - Episode 1: Call Of The Starseed Android Apk Download

The Gallery - Episode 1: Call Of The Starseed Android Apk Download 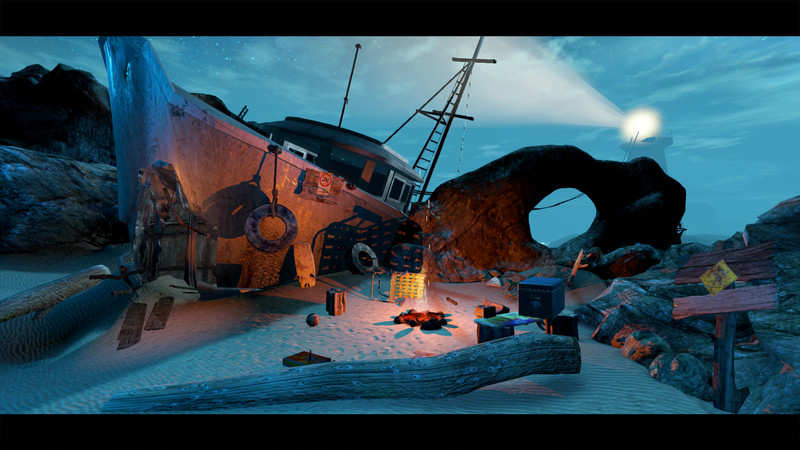 The Gallery is a puzzle/exploration game series built for virtual reality and inspired by the mystery of dark 80’s fantasy adventure films.

The Gallery - Episode 1: Call of the Starseed ™


A strange message left by your mischievous twin sister, Elsie, will draw you into a mysterious journey filled with bizarre characters, a sinister presence and awe inspiring adventure. Along the way, you will be assisted by a helpful yet unhinged Professor who may harbor ulterior motives of his own. Your search for Elsie will lead you to a cosmic machine that wields incredible power and it will test your will against the forces of a shadowy figure who resides within it. 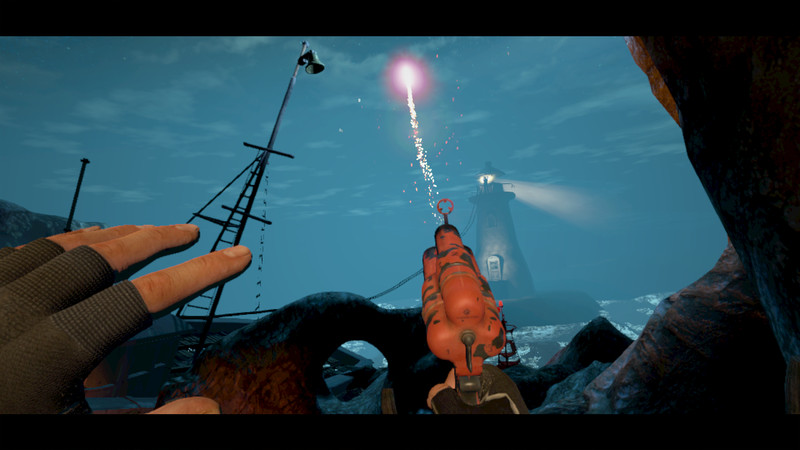 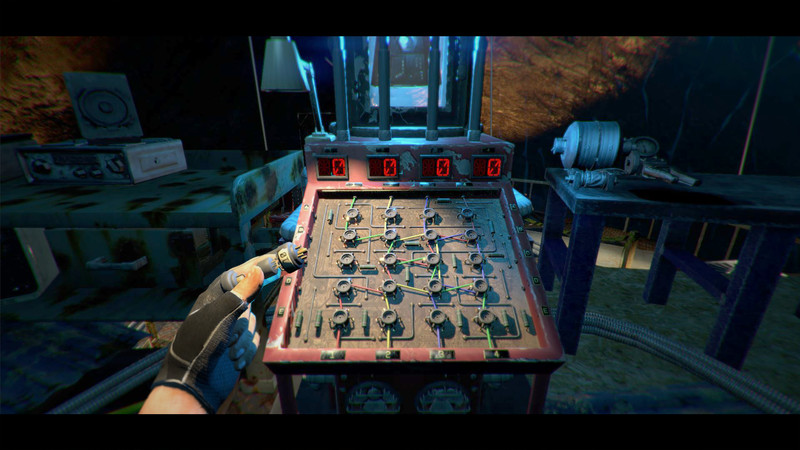 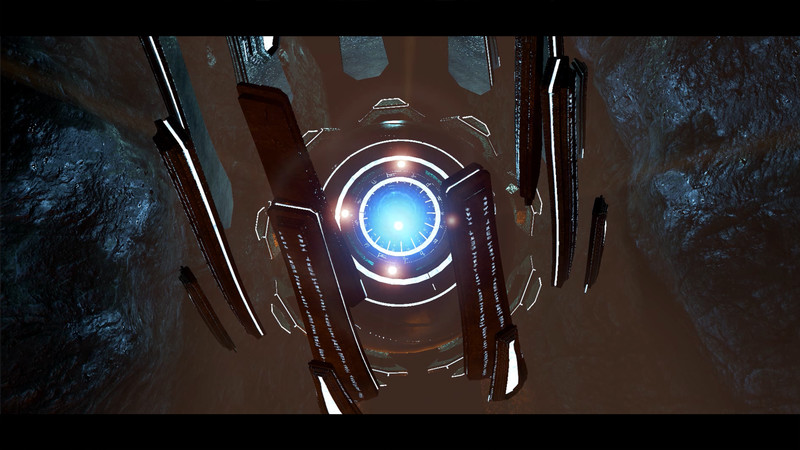 
The whole experience is literally going through a beach and a sewer. After that the story has barely started to begin and they just roll the end credits. The fact that this was one of the first VR games also shows as the movement is a bit clunky at best.. Call of the Starseed continues to blow me away - one of *the* most immersive narrative experiences you can possibly find. Staggering achievement.


Rift version now available for bundle owners:
Today we're rolling out a game update for some players who were unable to launch the Oculus Rift version of the game, such as those who redeemed Call of the Starseed with their Vive content bundle. Affected players should see a 3GB update awaiting download.

To opt out of the update, or to remove the OVR runtime from your game files, simply right click Call of the Starseed in your game library, choose "properties", and then select "openvr_only" as your beta branch.

-Cloudhead Games. Well, that was quite the secret to keep...:
Call of the Starseed is now included with every HTC Vive purchase, along with Tilt Brush and Zombie Training Simulator. That means everyone who buys a new Vive will get Call of the Starseed bundled for free, and our adventure will be many players’ first step into virtual reality. 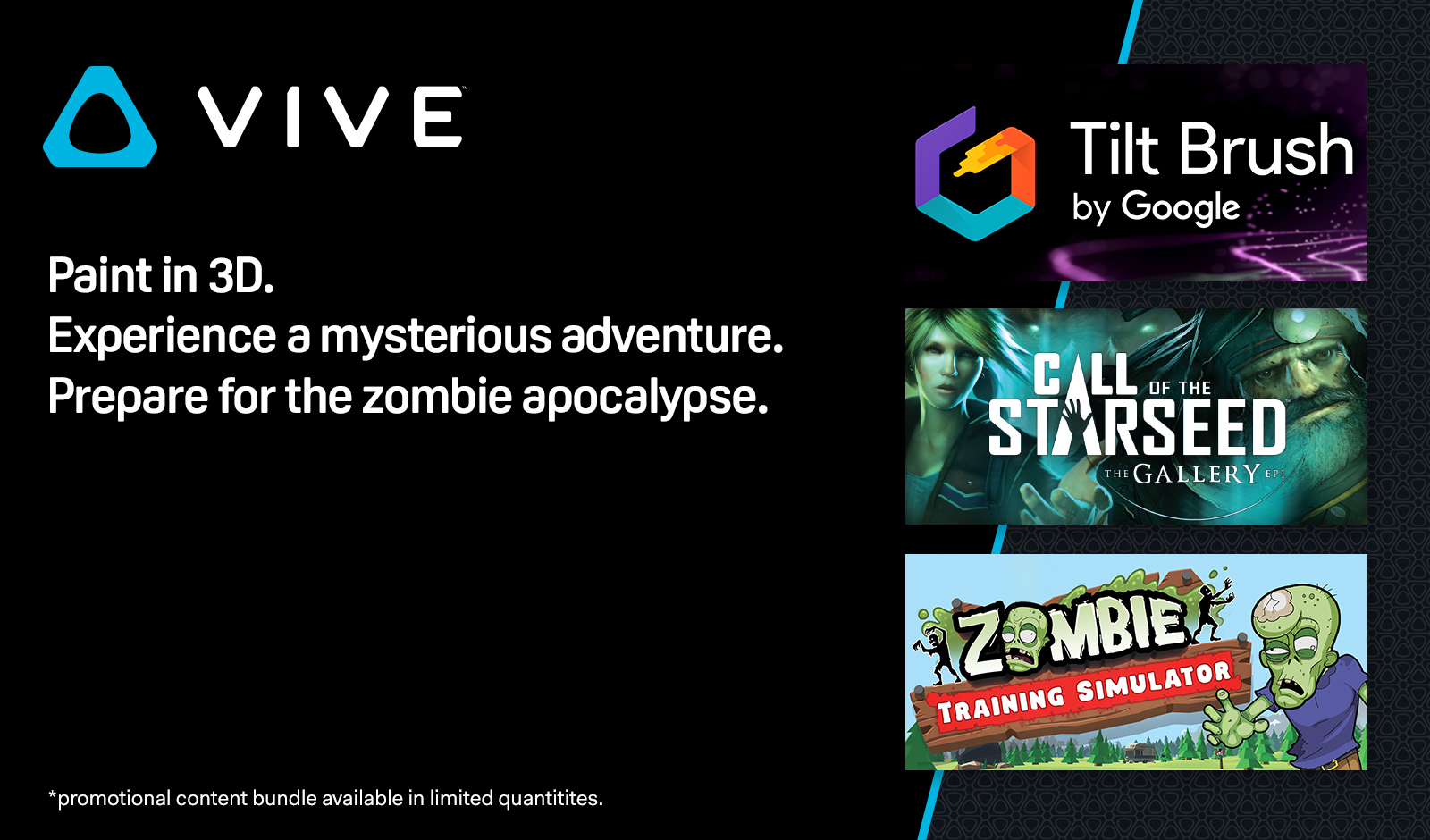 Needless to say, this is an incredible honour. This dream of Virtual Reality has consumed our lives for the better half of five years, and now here we are, the Duck Hunt of VR. This is an enormous milestone for our team, essentially guaranteeing that every future Vive owner (while supplies last™) will get to play the game that we’ve poured our hearts and lives into.

It means that our head-first dive into the murky waters of an unknown tech has found fruition. There’s no bigger validation than knowing that the remarkable people at HTC, Vive, and Valve—the developers and innovators who have shaped our passions and our careers—want to show us off. And to be included with the wonderful people at Acceleroto and Google is simply humbling.

But it’s not just HTC to thank. It’s the incredible reception we’ve received since launch from players like you that’s kept us on the map. We get notifications in the studio every time a Steam review comes in, and we read each one.

Sometimes we get just these strings of positive responses saying things like Call of the Starseed is the “best experience I’ve ever had in a game, with any device.”

Here are some of the most touching reviews we've received:

Originally posted by Palin Freeborn:. Inside Studio Look: This is Real!:
Just wanted to thank HTC for visiting our small studio and chatting about the game. Thought you would want to take a look :)

https://youtu.be/zsLP_aOjUoo
. It's awards season! We won Best Narrative and more nominations.:
For those who missed the news, Call of the Starseed won Best VR Narrative Experience at this year’s Proto Awards—the closest thing the VR industry has to an Oscars ceremony. We’ve been honoured enough to have won an award every year since its inception in 2014; first for Best Sound Design, and then for Most Transportive Experience last year.

This year, we were nominated for two Proto awards: Best Game, and Best Narrative Experience. For Best Narrative, we were up against some of the best-told stories in VR, including Google Spotlight Stories’ touching film Pearl. On top of that, we were the only game to be nominated for the Narrative award (the other nominees were films and passive experiences), an absolute honour in and of itself. While Space Pirate Trainer deservedly took home Best Game, we were proud to have won an award so dear to us as a narrative-driven experience.

We’ve also been nominated for a 2016 TIGA award—one of the biggest videogame awards to come out of Europe. There, we’re in the running for Best Debut Game, as well as Audience Choice Game of the Year which you can vote for over on the TIGA website[tiga.org]. Voting closes on October 31, so go quick!

Lastly but not leastly, Call of the Starseed is a finalist for nine, count ‘em NINE, Canadian Video Game Awards across a whole whack of categories, including Best Game Innovation and Game of the Year. It’s been an amazing six months since launch, and to be recognized by both our VR peers and our countrypeople is an unbelievable honour. Thank you to everyone who’s supported us along the way.

You can check out Denny’s Proto Awards acceptance speech over on Youtube; and don’t forget you can vote for us as your Game of the Year on the TIGA website[tiga.org], or as your favourite Canadian-made game on the CVA website too[www.cvawards.ca]. We’d do it ourselves, but we’re only allowed one vote.

Love, Cloudhead Games. Welcome Windows MR! The Starseed awaits.:
You may have noticed a fun new icon on our Call of the Starseed page: Windows MR support!

We're excited to announce that you can now play The Gallery with your Windows MR device using the Windows Mixed Reality SteamVR Preview.

For more details on how to play SteamVR games using your Windows MR headset, download the Windows Mixed Reality SteamVR Preview, and read this post by SteamVR.

Our second episode, Heart of the Emberstone, now supports Windows MR as well!

Whether you're new to VR, or returning to the adventure, we're excited to welcome Windows MR to the SteamVR family--we hope you enjoy the adventure!. Ninteen ninety nine.:
We’re excited to announce that today we are permanently reducing the price of Call of the Starseed to $19.99 USD.

It’s been six months since we launched Call of the Starseed, and with new ports and platforms right on the horizon, it’s time to adjust our price. For our fellow Canadians, we know our dollar is in the hole, but we’re an optimistic bunch; we’ll be bringing the price in the Canadian store down to $19.99 as well. Keep your ears warm through the winter, you hosers.

We hope all you new Vive owners have been enjoying your content bundle, and we hope this new price allows those of you yet to experience The Gallery a chance to join us on our adventure.

-Cloudhead Games. The Gallery Episode 2 Will Release In September:
The Gallery - Episode 2: Heart of the Emberstone will release this September.

That’s 3 months from now, or the videogame equivalent of a third trimester—but I’ve been advised not to take the pregnancy metaphor further. Or use at it all. Shit.

The good news is that we’ve got a big beautiful project in the oven. Heart of the Emberstone is a much larger experience than Episode 1—in both playtime and scope—even larger than we expected. This new date will allow us to add in all sorts of extra details to really flesh out the world the way we want to. Heart of the Emberstone is a story-driven, non-linear adventure game built for roomscale VR. There’s not a whole ton of those out there right now, so we’re taking the opportunity to do it right the first time.

If you already own Call of the Starseed, and haven’t yet played it, we’re going to have to sit you down and give you “The Talk.” If you don’t have Call of the Starseed (or you’re just a very generous friend), we can neither confirm nor deny that Starseed will be at a significant sale price during a sale that may or may not be related to summer. I don’t have a PHD in statistics, but we have an 87% positive rating here on Steam, which means there’s a decent to good chance you’ll enjoy the game. Plus, you get our original soundtrack, composed by Skyrim’s Jeremy Soule, for free.

If you have played the first episode, we’d love to give away a couple keys for Emberstone when it releases this September to some of our fans. Just comment your favourite moment playing The Gallery and we’ll send a message to our favourite commentor at the end of the day. We’ll also give you an extra Starseed key to gift to a friend or trade for the hide of a rare Scandinavian leopord.

Without the support of our fans and the Steam community, we’d never be able to make the kind of ambitious project that Heart of the Emberstone is. We’ve received a ton of love and support here on our Steam forums in the multitude of “where is Episode 2” threads, and we’re pumped to finally confirm that it’s coming. For real. This September.

Thank you for sticking with us through this adventure. It’s going to be freaking rad. 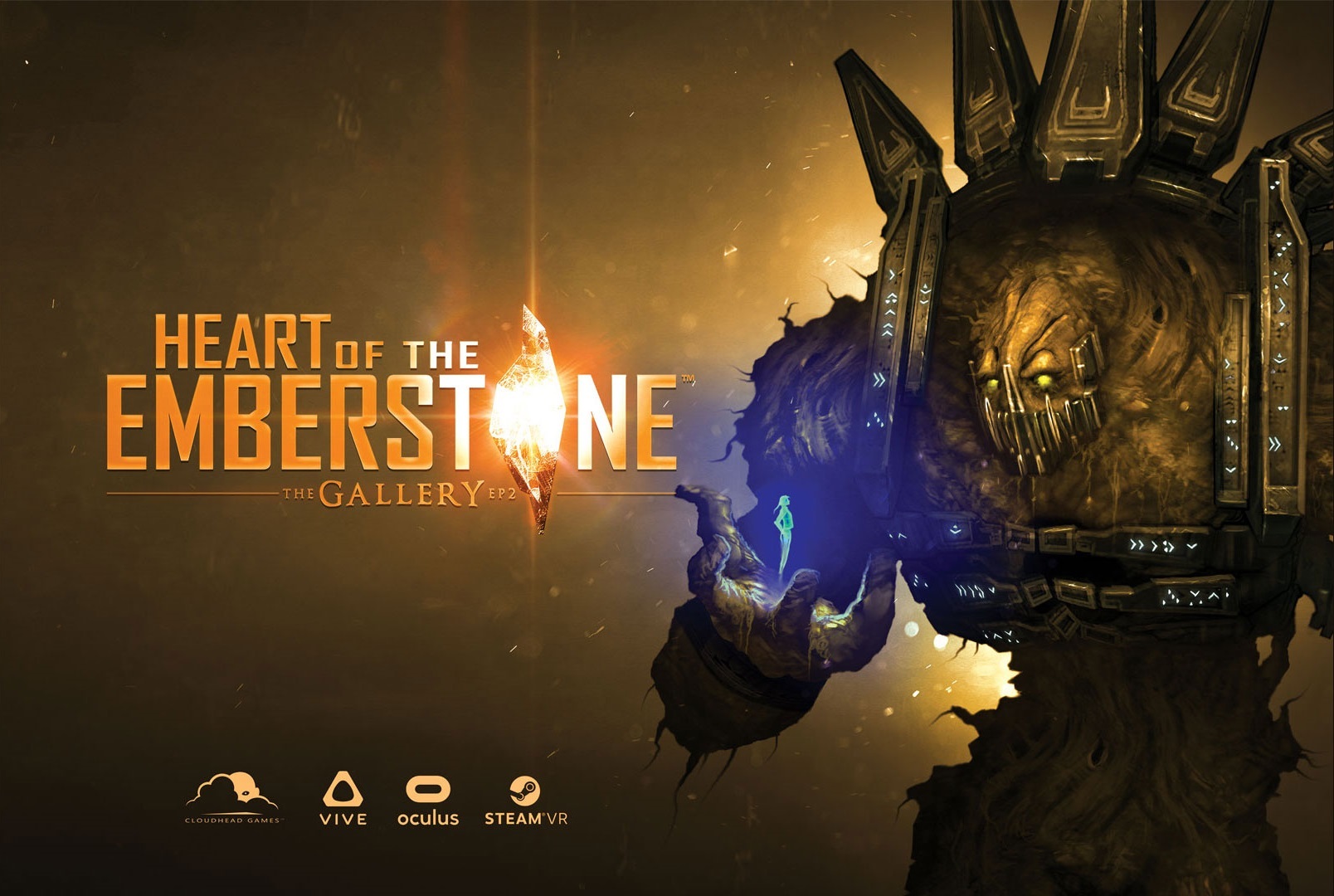 . V1.1 Beta Update:
Amongst the major performance improvements in the recent 1.1 patch, we’ve noted some emergent issues with the new Unity update (and potential crossover with Nvidia drivers and SteamVR itself), so we are going to shelve this latest update into our beta branch until we get more feedback.

If you're interested in trying it, please feel free to give it a shot and offer us feedback on the user forums.

Thanks as always for your incredible support and feedback!

To access the v1.1 Beta build. Steam Coupon + Humble VR Sale:
Wander your little mouse cursor to the top of your Steam inbox this morning and may see a special coupon has been added to your inventory.

If you own Call of the Starseed on Steam, you should now have a 25% discount on our top-rated follow-up adventure, Heart of the Emberstone. The coupon will expire in a week, so if you’ve been waiting for a chance to continue the adventure, now’s the time.

If you already own Heart of the Emberstone (thank you <3), you can instead gift the coupon to a friend, or use it toward buying the game for your cousin’s birthday, or just trade it for a factory new D-lore.

If you're reading this and you don't already own Call of the Starseed (welcome to the adventure!), you can currently get the game for 60% off over on Humble[www.humblebundle.com] during their very first VR Sale! You won't get the coupon, but you can get Heart of the Emberstone for 20% off on Humble[www.humblebundle.com], or via the “complete the bundle” option on Steam.

Whatever you do, we hope you enjoy your visit to the world of Ember. Mystery and adventure awaits on the other side of the Starseed!

Starting today, owners of The Gallery should see a special coupon in their Steam inventory for "A Fisherman's Tale" -- one of our favourite VR games so far this year!

To access your exclusive coupon, simply click the green envelope at the top of your Steam app to visit your inventory. You can then use the coupon to get 15% off A Fisherman's Tale. The coupon will expire 48 hours after you get the notification.

If you want to know more about A Fisherman's Tale, check out the Steam page below.

https://store.steampowered.com/app/559330/A_Fishermans_Tale/
And here's what we had to say about it: