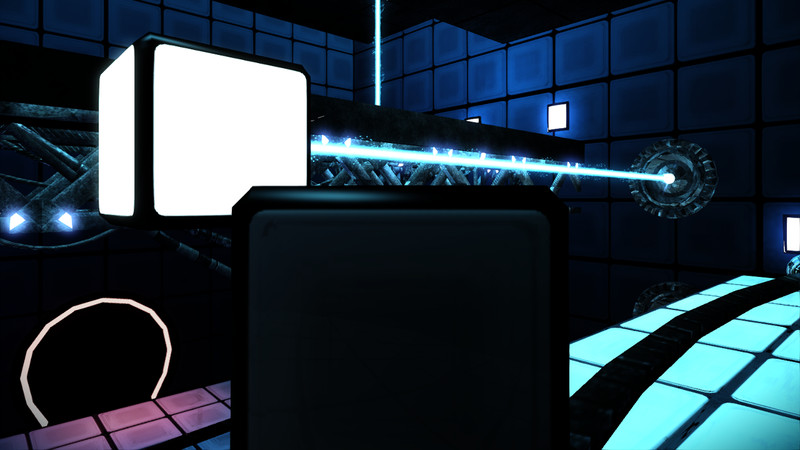 Set inside a universe based on scientific theory, college student Sam is inexplicably teleported to the decaying Heywood-Bowman facility, where she stumbles upon the Catalyst, a device that can manipulate the laws of physics.
The Catalyst, one variant of a line of emergency and industrial tools, allows the user to temporarily walk on water, climb falling water, run faster, and stop objects in mid-air to create stepping stones.
When Sam learns that a malfunctioning experimental stardrive, deep inside the facility, is threatening to rip space-time apart, she must use the Catalyst to find a way to destroy the stardrive, and ultimately find a way back home. 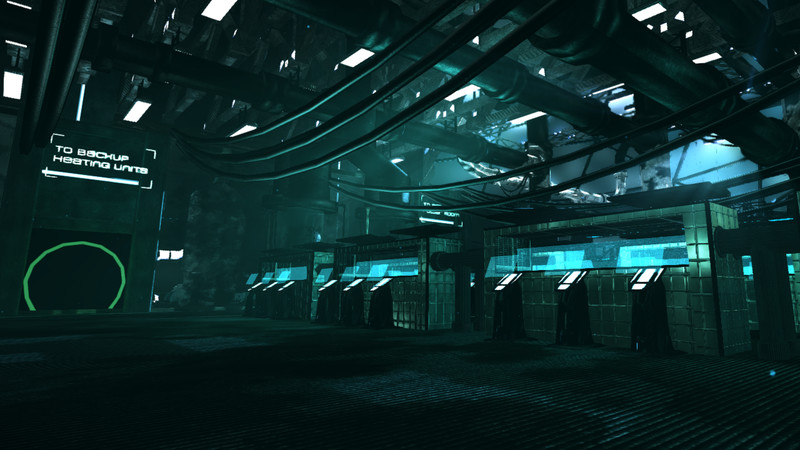 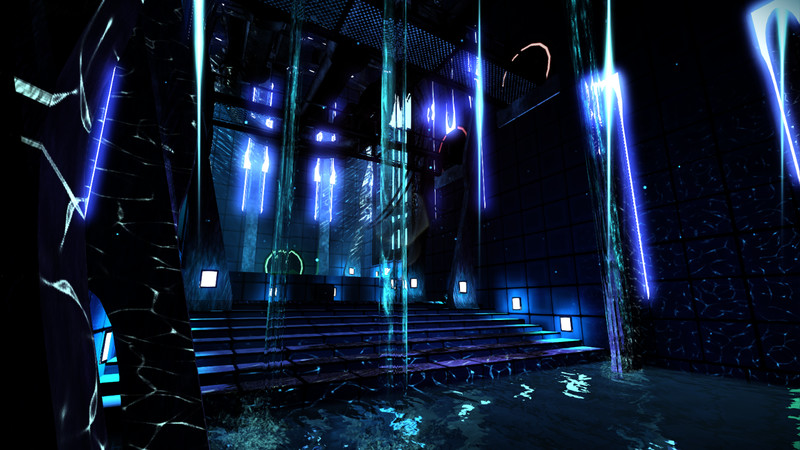 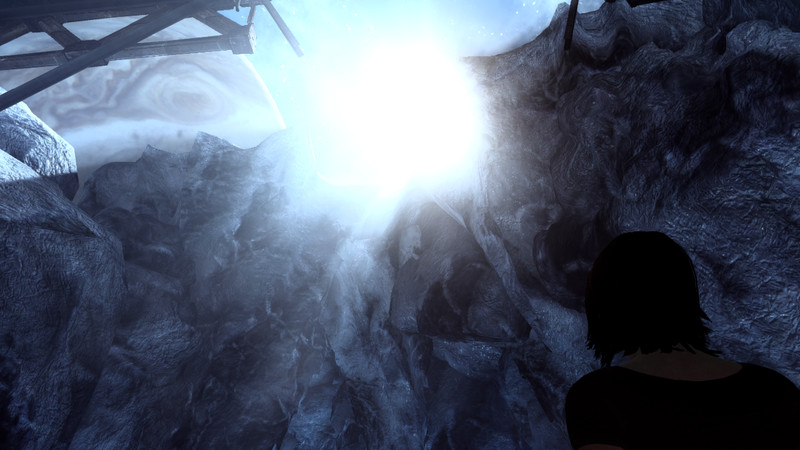 a true puzzle game indeed. i feel though that they left out instructions and i think some that were obvious should stay out but others they really need to tell us. they also need to add more settings options but for the most part the Gameplay was good. you can check my videos out that i will soon be uploading to youtube on my channel at www.youtube.com\/user\/AtomicGamerMax\" target=\"_blank\" rel=\"noreferrer\" >https:\/\/www.youtube.com\/user\/AtomicGamerMax<\/a>. I'm of two minds what to say about this game. On the one hand it's a perfectly serviceable physics puzzler with an interesting story (extraterrestrial human colony and terraforming operation! YAY!). But, on the other hand it has all the look and feel of a first draft of a finished product. All the set pieces are there, they all work, but there are tons and tons and METRIC TONS of rough edges, snags and burs that make the game difficult where it shouldn't be and obtuse and hard to figure out when it doesn't need to be. Endless short, unskippable cutscenes that are there for nothing more than ambiance. If you're going to put us through these at least put the save point AFTER the 15-second scenery flourish. I'm going to ignore the purely aesthetic problems with this game, as I don't think there nearly as important as the actual gameplay unless they actually impede the gameplay (as you will find out). . .

Problems:
* Catwalks with railings that are so narrow it's almost impossible for you to walk on them
* Jumps that are JUST long enough that you will fail to get there 80% of the time even if your timing is nigh-perfect.
* Spacing in level layouts has you catching on protruding furniture or unable to fit between certain doorways. It's not necessary to be able to, but it's obvious that you SHOULD be able to.
* Completely unclear, and obtuse level design and flow. This is most obvious in (some of) the puzzles not the rooms between.
* Mechanics aren't explained in any way. You can climb frozen water curtains, but you pretty much have to figure that out on your own.
* LIGHTING! OH MY GOD THE LIGHTING! Look. I know there are all these wonderful reflective surfaces and nifty bloom and HDR effects around right now, but for the love of Asmodeus go easy on them! You do not need a room that is basically 75% reflective surfaces, and neon lights in between all the furniture and fixtures. With all the graphical options turned on it's like being on the set of a Star Trek film. Tone it down.
* The movement feels klunky, not enough to be game-breaking, but bad enough to be noticeable, which is probably worse TBH, because it's annoying, but not enough to make me turn the game OFF.

Over all this isn't a bad game, but it needs a bucket-load of polish, and then another bucket's worth. I know I put a tick beside my review, but only because there wasn't a 'maybe' option. I'm certainly enjoying all the details behind the gameplay, and aside from a few cosmetic things the game is actually playable. But somehow TesserAct evokes the feeling of a QBasic Text Adventure. All in all I think it serves as a perfect example of the importance of playtesting.. In most puzzle-platformer games, you can clearly see your goal and the puzzle is how to get there. In TesserAct, the question typically is not how, but where. TesserAct leans more heavily toward platformer than puzzler, and can be rather difficult at times. It took me about 5 hours to complete, so it's not a game for those seeking long term entertainment.

As you should be able to tell from the promotional video and images, TesserAct is not a game for graphics snobs. At the time of this review, there is no native 9:16 support, there are few graphics options, and textures aren't that great.

The plot contains some good elements, but didn't put them to good use and ends up feeling lackluster overall. The protagonist, Sam, is whisked away from her home via wormhole to a colony on Europa in a universe that is unlike our own and desires to go back. Background information on this universe can be found on PC's scattered throughout the game.

If you can tolerate the game's less impressive aspects, there is a good amount of fun to be had with the gameplay. The initial puzzles let you take all the time in the world to complete as you try and try again to make the difficult first person jumps while carrying blocks. Once you get the gun, which happens early on, things become more intense and fast-paced as the effects of the gun only last a few seconds, requiring you to work quickly to make use of it. The game is also rather difficult, requiring good timing\/precision on most jumps to avoid death and having to restart the level. In addition to platforming, you will occasionally have to memorize a sequence found in a note on a PC and input the sequence somewhere else that takes a lot of platforming to get to. A few of the later levels have timers.

Due to how short the game was, I feel like giving this game a thumbs down. However, I can't say I didn't have fun with it while it lasted, so if you can get it cheap enough to not mind the length, TesserAct does make for a fun first person platformer and is therefore recommended.. I can't even play this game. Perhaps it is just my setup: 3930K, 680GTX, but the game won't let me select a resolution of 1920x1080 and the FOV looks like it is set to 45 degress. After starting the game I can't find a way to get back to the main menu, I have to use Ctrl+Alt+Del just to quit the game. This should have been an EarlyAccess game at best since most EarlyAccess games are of Higher qualty than this game.. It's an enjoyable game. Obviously made on a shoestring budget but they did what they could. Rough in places, frustrating in others but ultimately it's fun I guess.