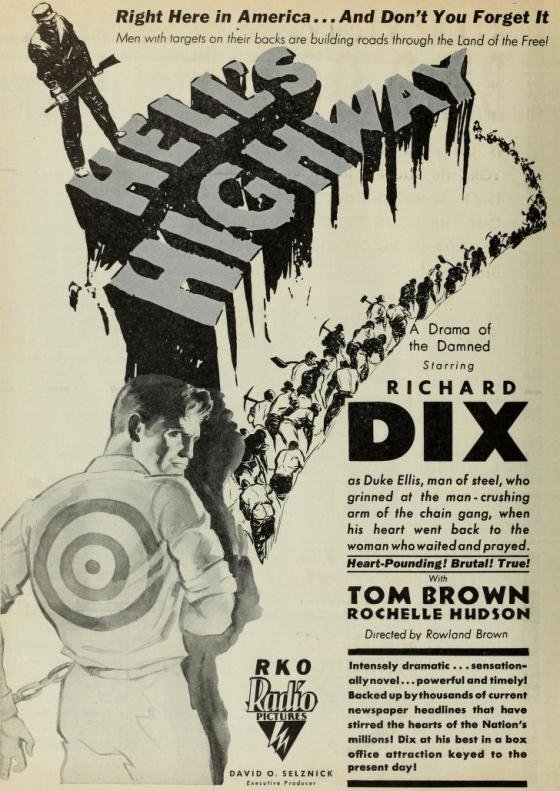 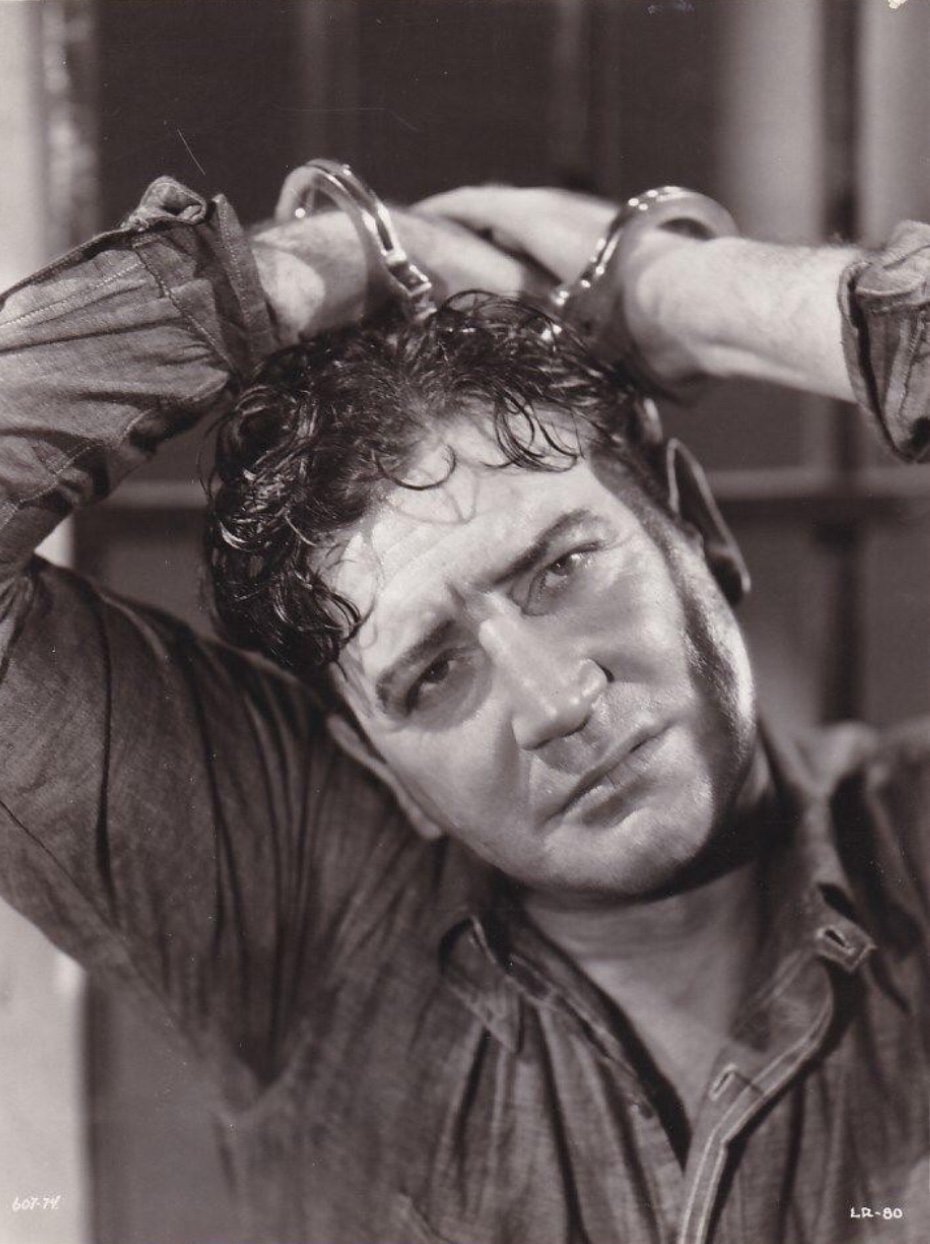 Chain gang prisoners forced to construct a "liberty highway" for their overseer chasten under his brutal stewardship, causing Duke Ellis to mastermind a mass riot.
When viewing this film, you have to remember it was made in 1932, when Chain Gangs existed in the Southern section of our country. This is a very realistic depiction of what criminals had to face and the horrible treatment. Sing Sing is a picnic compared to what was portrayed in this film, and all the actors were great Classic performers on the Silver Sceen. Richard Dix,(Frank 'Duke' Ellis),"The Thirteenth Hour",'47, was a great star in the 1920's, 30's and 40's. Duke Ellis winds up with this chain gag and becomes the leader of the criminals. However, his son, Tom Brown,(John, Ellis),"The Choppers",'61 winds up in the same place as his father. The picture shows how the men are chained down at night and if they act up, they are put into a SWEAT BOX, which is something like what our Vetnam Vets had to endure. Great Classic film which is really hard to criticize, since it was made in 1932 !
I found this gem in the Warner Archive "Forbidden Hollywood" collection, a series of several dozen pre-code films; this one's from Volume 9, and it dazzled my eyes from start to 62-minute later finish, plunging at once into headlined stories concerning poor prison conditions, and then wasting no time depicting those conditions; as the film opens, a new prisoner whose hands are bleeding from using a pick axe and collapses from overwork, is put into "the sweatbox," a crenelated metal enclosure--to teach him a lesson.

The camera continues a barrage of brilliantly made images edited with speed and expertise, built around the main character, Richard Dix (a hugely popular star for a short period of time), in for bank robbery, and dismayed when his younger brother ends up in the same camp.

Unlike many RKO melodramas, this film has a strong documentary feeling, with some persuasive touches seldom seen in a fast-moving prison film-- during one mother's visit to the prison, the camera pauses in close-up just long enough to see a grown man feel the touch of his mother's palm. The prison supervisor is normally a unfeeling chilly individual--but in an intimate quiet scene is shown tuning up his violin and sitting down to play some music while the convicts are chained in a cage.

And for those of you who are Flash Gordon devotees, Charles "Ming The Merciless" Middleton essays the prison mystic, crucial to several plot developments, and often very funny in a space of his very own. There is much to notice in the film, such as the black prisoner's chorus with a refrain that encapsulates another plot development, and the effeminate cook treated as something other than another Hollywood stereotype. Hell's Highway is one of those gems that make digging around in the old stuff worthwhile.