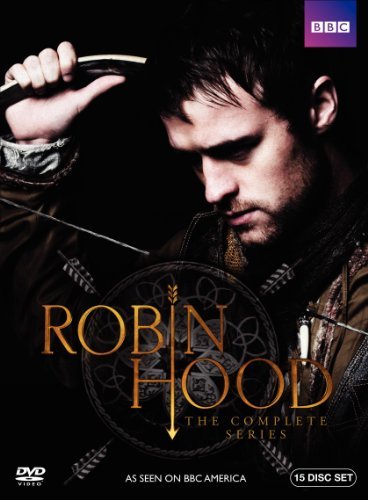 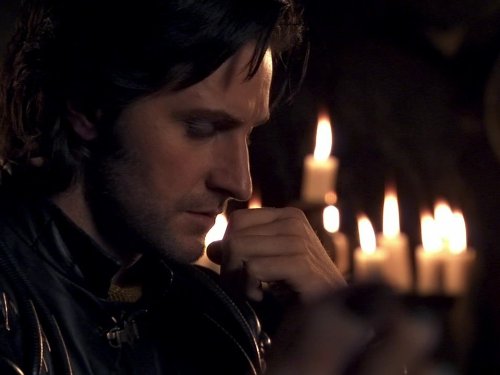 After 5 years of fighting in the crusades, Robin returns to England and leads a band of outlaws to outwit the Sheriff of Nottingham.
Returning from five years of fighting in the crusades, Robin of Locksley and his manservant Much discover their beloved home under the rule of the dastardly Sheriff of Nottingham. To fight the tyranny, Robin becomes the leader of a band of outlaws with Will Scarlett, Allan A Dale, Royston White, Little John, and Djaq. Meanwhile, feisty Lady Marian inspires the love of both her childhood sweetheart Robin and the Sheriff's second-in-command Sir Guy of Gisborne. Later episodes find the addition of friends and foes such as Prince John, warrior monk Tuck, village girl Kate, Guy's sister Isabella, and mysterious Archer.
Disappointing. thats all i can say, i think you fail to realise what a great Hero Robin Hood is you were just taking the mickey out of him, i couldn't believe how bad the show was the director is a total shambles and i'd be amazed if he finds work after this job, All the shots of the town were miserable and lifeless there was nothing there and it was made worse by the terrible terrible performances, Much and Robin were attempting to be a comedy duo that feel on there face a pierced the flesh straight away. Why on earth did all the characters have modern hair styles, WHY? what were you thinking? the show made me sick. its just not funny not exciting not cheesy not fun, this show has nothing going for it. I want them to read this and realise that its the worst show on TV and make it better or stop making it and wait till someone that understands the character of Robin Hood make it. You are ruining one of England's greatest Heros
This Robin Hood is absolutely ridiculously terrible. What is with the modern morals in it? We do not kill? what on earth, Robin Hood was a crusader of course he dam well killed. Another thing is why does he use Saracen swords and a bow? where is his English longbow gone, the thing which he most resembles, why has he got a composite bow?. All the questions possibly make this program one of the worst ever made by the BBC, which are extremely poor considering we have to pay TV licence.

Well overall this is not Robin Hood, because hardly any of it resembles anything to do with it. The only part is the names. If you wanna see a good Robin Hood, I recommend watching Errol Flynn then you will realise how terrible this BBC production is.
The main characters who die during the course of the three seasons are Roy, Marian's father, Marian, Meg, Alan a Dale, Guy of Gisborne, Isabella, Vasey (the Sheriff) and Robin of Loxley (Robin Hood).