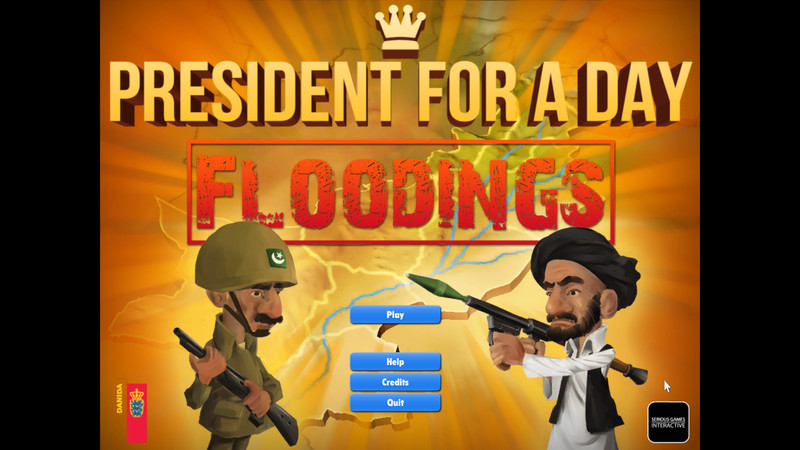 President for A Day: Floodings is a turn-based strategy game where YOU become the president of Pakistan. The game kicks off just two weeks before the election. You feel confident that you will be re-elected and have another 5 years as President of Pakistan, but soon problems arise, and you must literally fight for your political life. Unless you show true statesmanship and rule with swiftness and determination, you will lose everything.

The first calamity to hit the country is the annual monsoon, this time worse than anyone can remember. It begins in the north, in Khyber Pakhtunkhwa. Heavy rain quickly makes the rivers overflow and creates a deadly flood that destroys everything on its way: crops, houses, roads, and the unfortunate that didn't get away in time.

While you try to do your best to save your country from the flood, you also have to take care of other problems that appear in the wake of the flood: lack of clean food and water in the flooded areas, refugees in need of shelter after their homes have been destroyed, cholera outbreaks, rebels that spawn at an increasing pace when chaos surges through the land, nuclear missiles that must be protected at all costs or removed (to avoid them falling into rebel hands), and much more.

Can you save the nation in its hour of need? 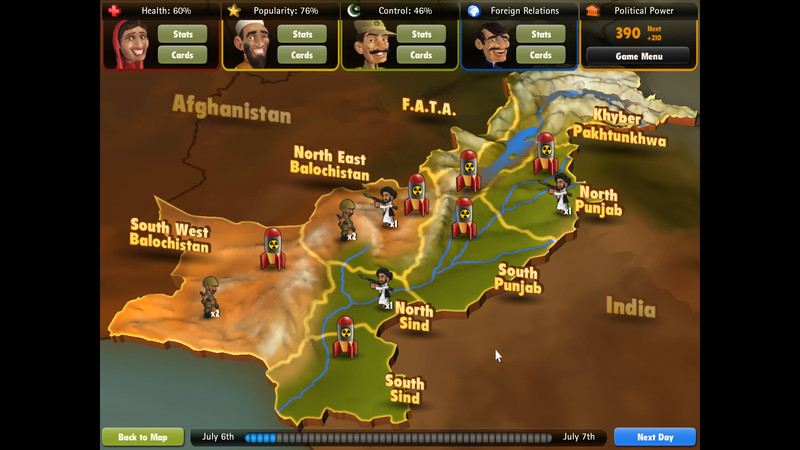 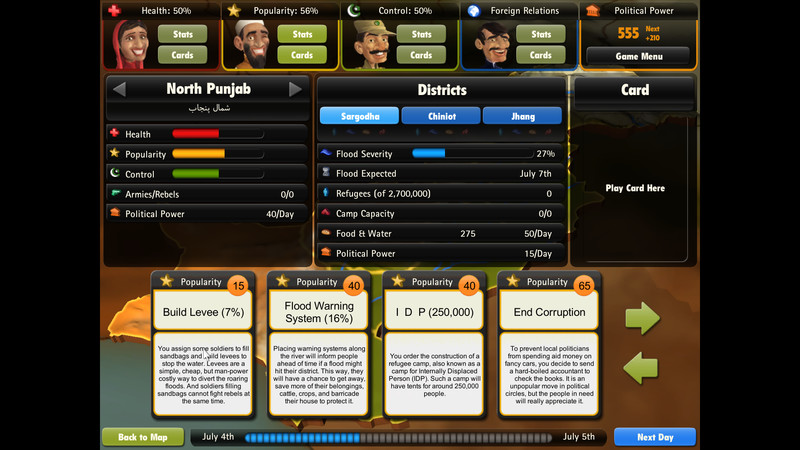 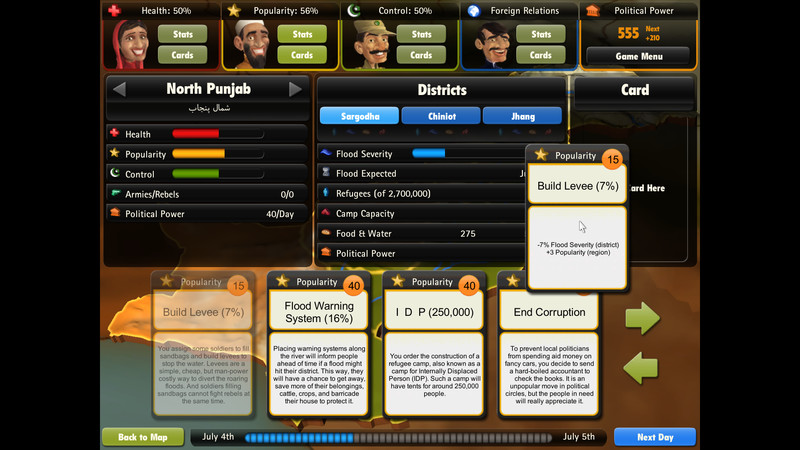