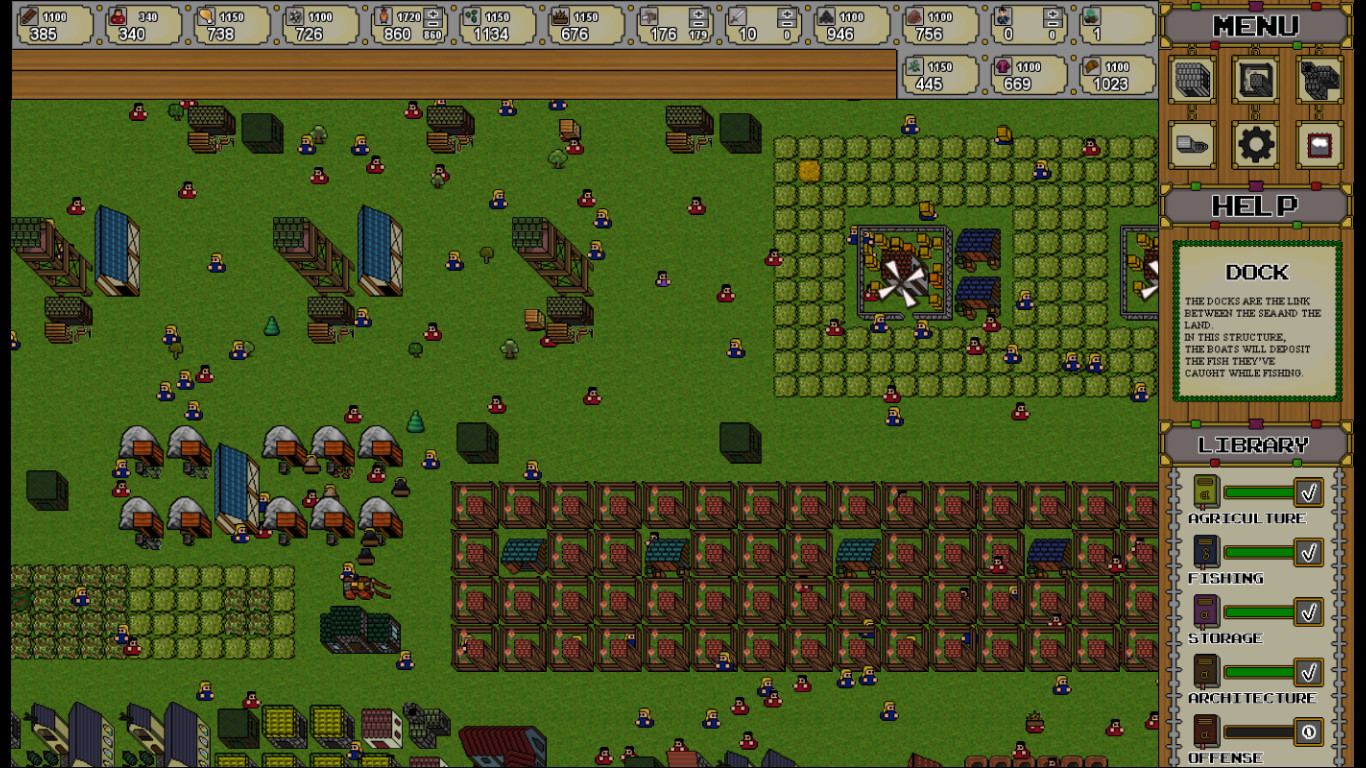 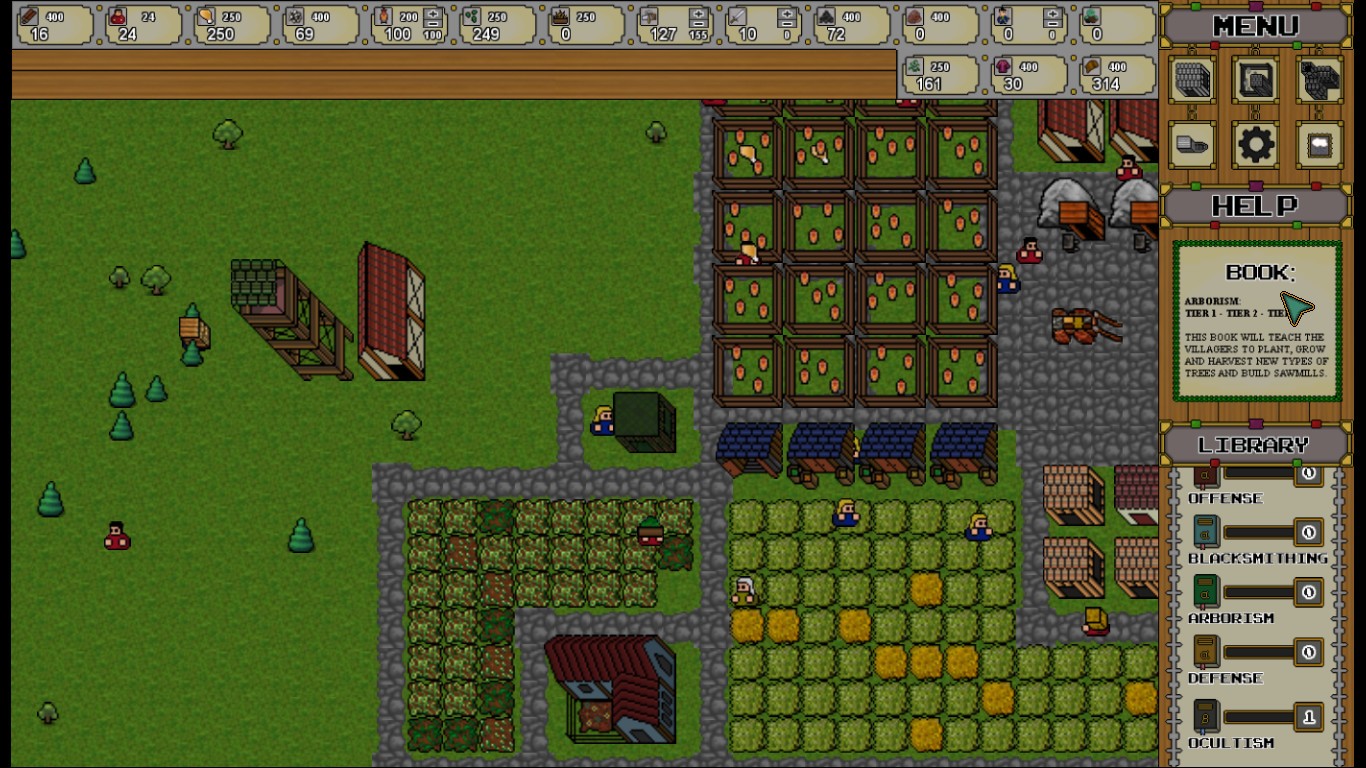 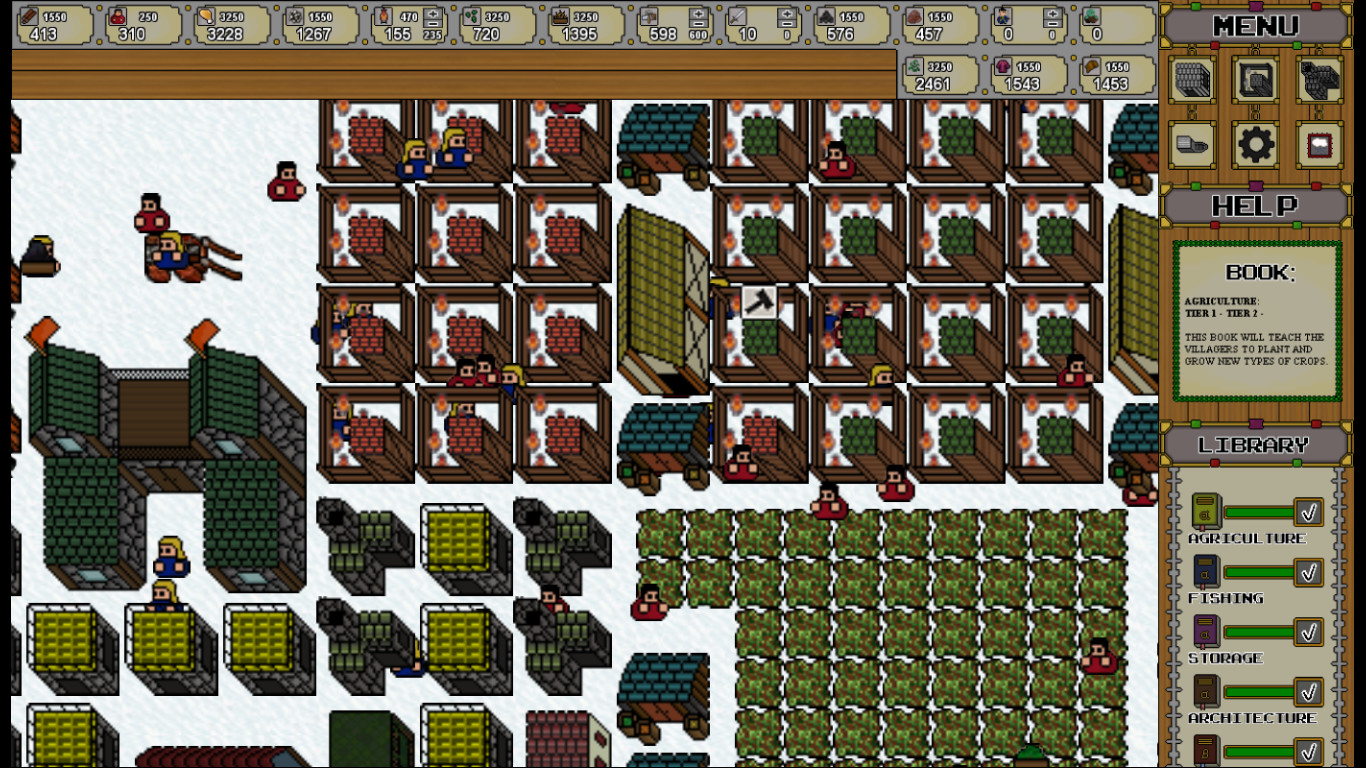 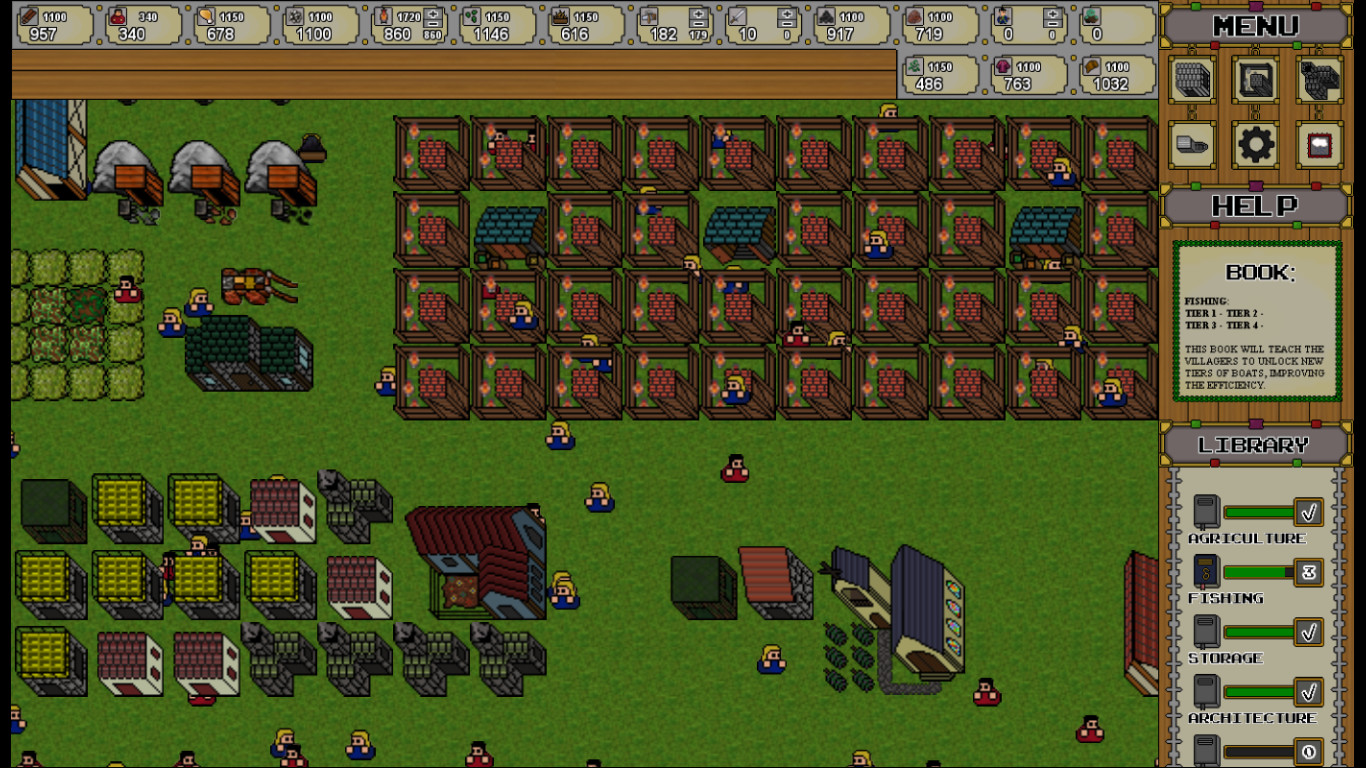 
Somehow cant get the Game runnin but the Developers are friendly and are quick to reply.. Pixel Survivors is a nice little fun game.
It gets constant updates with new stuff and fixes.
It is not very complicated but thats why i like it.
Build around and see what works and what doesnt.
Totaly recomend this game also for such a price.
Had lots of fun with it.. Strategy / God game with very pleasant building. Similar to "Banished" or "Hearthlands" but vintage retro style more akin to "Zeus" with fluid controls. Just point & click. Beware of the chicken hordes!. 0/10 Most boring thing to watch! The people to not do anything, the game is not aesthetically pleasing, no walkthrough (it says help when you hover over stuff). The game just sucks. I usually try to find the bright side on what the developers did well but I cannot think of anything. I have played better civ sim games for free on flash game websites. One of the few games I actually enjoyed uninstalling.. Either made by the guy who made banished or basically a low end copy of banished it's only worth the sale price but it's fun for like an hour, not $10 worth but fun, I guess if you wanna support the creator/s buy the game in hopes that they will make a better version. I liked it but it's not going to last you a long time.. I have absolutely no idea how a person plays this game. you create the island and what?


UPDATE 0.70.4 - BARNS AND CELLARS UPGRADES!:
Well guys, it has been a few long weeks on remaking the AI once again, more upgrades and glitches fixed. Today we are presenting the 0.70 Update: Four tiers of upgrades were added to the storage system as well a complete revamp of the Artificial Intelligence and a better performance overall on low cpus.
Without more rambling here are the patch notes: Now I'll get back to grinding that AI scripts!
And hopefully start working on the languages translations. (Spanish and Russian, to start)

We wish you a Merry Christmas, and a very happy New Year!

The Patagoniart Team. DEMO + NEW LOGO + HORROR GAME!:
Well guys, this is a quick up to date report:
. UPDATE 0.60 - NEW SOUNDS.:
Well guys, today we are releasing the 0.60 Update.
Plenty of minor bugs were fixed, as well as localized sounds and new sound fx.

0.60. FULL RELEASE - COMING SOON!:
Well guys, we've been working like maniacs the past few weeks:
Polishing game mechanics here and there.
Fixing bugs like there is no tomorrow.
Adding the final end game structures.
Making animations and interfaces.
Redoing the tutorial.
Polishing the pathfinding.
We will add some videotutorials if you have any doubts if you are new to the game

We are pretty satisfied with testing of our Beta testers, and we want to thank them for doing an amazing job at finding bugs and glitches.

We will keep working in the game adding small things and always keeping an eye out in the forums to listen to you guys.
We feel it's time to move on with new projects. It has been an amazing two years since the pre-alpha build in Desura until now, a complete game.

We will keep the price at USD 3,99 so more players can have access to it and enjoy it, since it was our goal from the get go: Let the people enjoy our game!

Thank you guys for all the Early Access feedback and love.