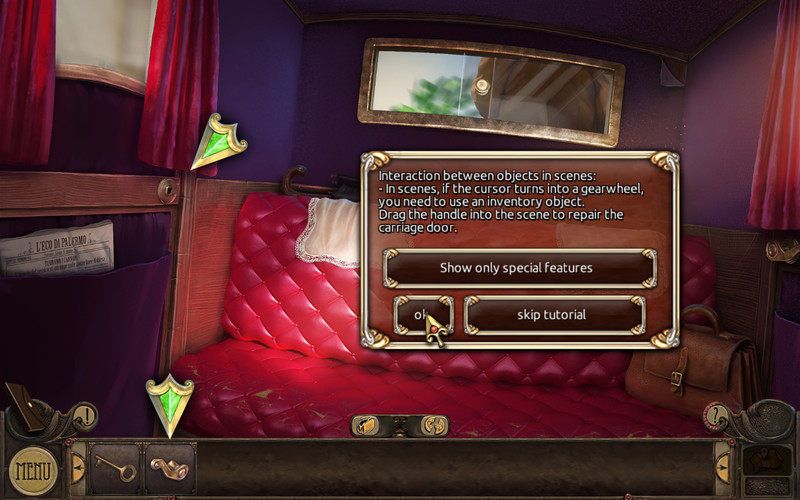 The grandson of a renowned antique store owner arrives in Palermo to visit his grandfather. When he gets to the city, he discovers his grandfather's store has been vandalized and that the old man has disappeared.
On the ground, he finds a troubling note about a midnight Mass to be held that very same evening. The young man decides to follow this lead, plunging him into a most mysterious quest...

Dive into the heart of an unbelievable investigation set against stunning Italian backdrops. Make your way through the many hidden object scenes and solve the increasingly original puzzles. Your time is limited, so warm up those gray cells! 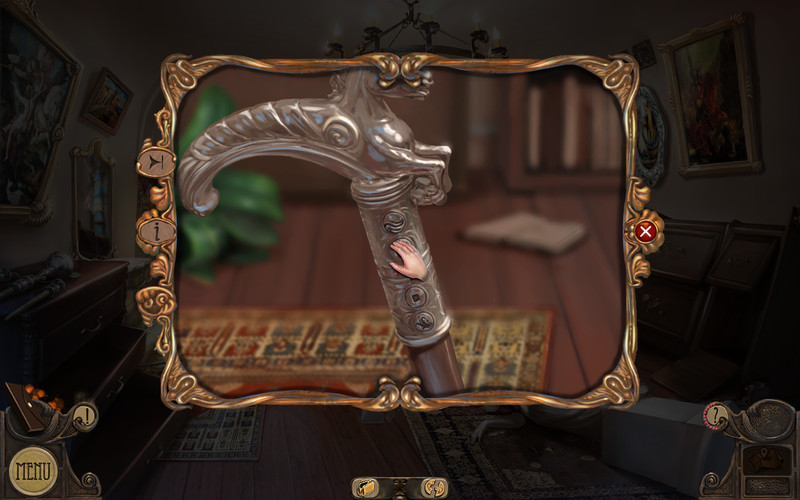 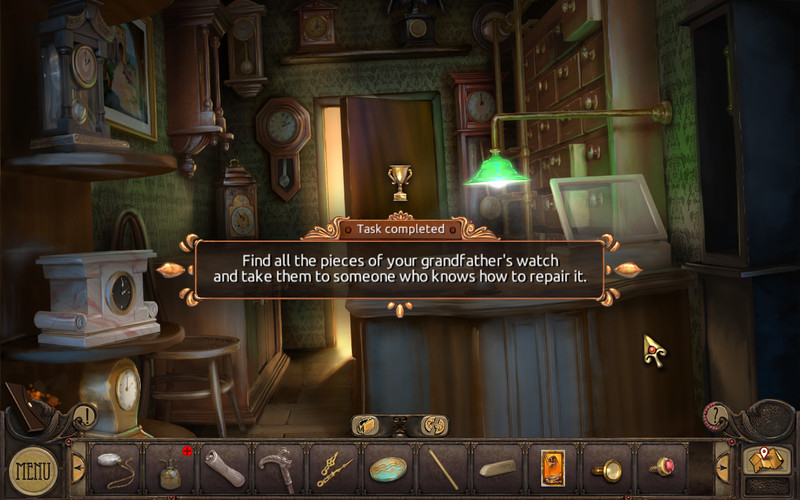 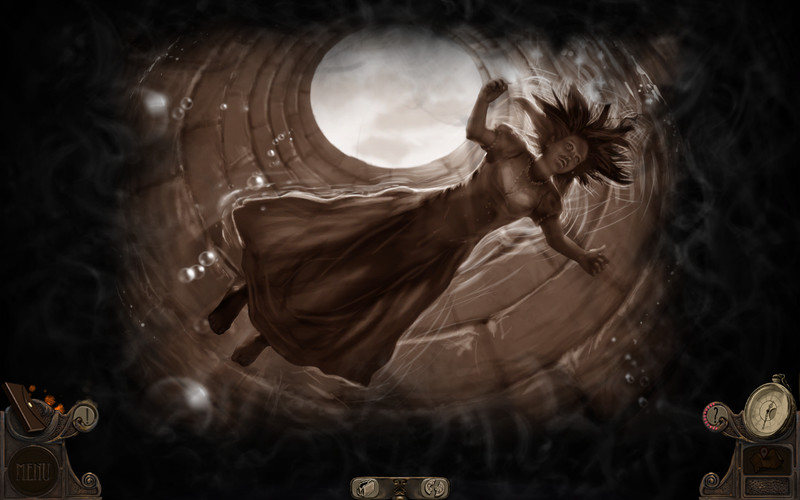 
This is a casual point and-and-click adventure with a few hidden-object scenes and puzzle mini-games.

While the storytelling is OK, the game engine is rough, awkward, and buggy. You have to click and drag objects, which is already an annoying mechanic, but often clicks won't register and you will miss objects and actions even though you did the right thing. Map navigation is a nightmare.

Even without the clunky engine, game design is unreasonably difficult. At some point I lost interest in even trying to understand the logic behind the puzzles and relied on the hint button to move forward. You are not rewarded for carefully thinking through the puzzles. Instead, you need to just use every object with everything until something works, which is not only tedious but also frustrating when the game engine won't register your clicks.

The puzzle mini-games are also poorly designed. One memorable disaster involves putting 5 weights in order so they balance on a scale. Except that carefully trying to deduce the relative weights will reveal that the rules of physics don't apply. You simply have to try all combinations. Thinking will be punished!. Out of all of the HOG I've ever played, this one is probably the most "intricate" and most like an authentic mystery game. It has similar gameplay to Nancy Drew, which is amazing since Nancy Drew is my all-time favorite game series, BUT, this game has a lot of issues that ended up with me giving it a negative rating.

First of all, the game had a great storyline UP UNTIL IT SAID that Pagan rituals are "obscene". Excuse me, but clearly the creators and writers of this game have no clue what Paganism is all about, because it has NOTHING to do with conjuring demon lords and harming people.

Secondly, your mouse has to be in the EXACT correct position before clicking, otherwise it won't render. Even 0.01mm off will cause it not to work. Multiple times, I thought I didn't click the correct hidden object or thought the correct object didn't go there, only to click the hint button and find that it told me to do the exact same thing I already tried.

Third, the voice acting is absolutely atrocious, as with most games in this genre. I felt so uncomfortable listening to the voice acting, but worst of all was the guy who owns the clock repair shop. I hope I never have to go back in there and talk to him again.

Other than these issues, the gameplay is great and the story is interesting. Definitely one of the better mystery\/HOG games out there, but the reasons I've stated above are my dealbreakers.. Let me start from basics, I didn\u2019t like the game. Mechanics is not intuitive, if it was 2014 game I wouldn\u2019t say anything but it is supposed to be new\u2026 dragging objects you want to use instead of clicking and hoping you\u2019ll hit just the right spot, moving back and forward to pick up the same item that is used in two scenes, map that requires 3 clicks before you can move to desired area, simply annoying.
The description of the game says \u201cunbelievable investigation\u201d but I only got bored and confused. The makers were trying to put it all into one story, mysterious murders, occultism, elites lives, ghosts, visions, portals\u2026. And because of that it felt random and illogical.
\u201cStunning hidden object scenes\u201d, well, maybe, but that doesn\u2019t justify using each scene twice (!) simply by changing the list of objects we are searching for.
Alternate day and night scenes\u2026. Let\u2019s be clear, it could be interesting, but the main character finds his grandfather\u2019s watch, discovers it can change daytime to nighttime and just accepts it, naturally this type of things happen all the time, I don\u2019t know why was I surprised. He also doesn\u2019t use it when it could be very useful, just in two scenes.
\u201cVariety of minigames and enigmas\u201d, that one is true. Unfortunately, variety means \u201coddity\u201d and you spend more time trying to figure out what they want from you than actually solving it.
\u201cIntriguing characters at the heart of a quest into the underground world\u201d, possibly, but none of them got introduced properly so you will not have a chance to be intrigued. And when it comes to the underground. Cut scenes with the character walking through underground tunnels, arrrgh! I\u2019m pretty sure it is there (multiple times) just to make the game seem longer than it actually is and to irritate the players.
The game is around 2 hours long but it feels much longer, not in a good way. When I finished I was happy to find out there is no bonus chapter.
To summarize, I do not recommend the game for the above reasons, if it was older game, I could forgive some of the drawbacks. The short list of pros doesn\u2019t balance the long list of cons.