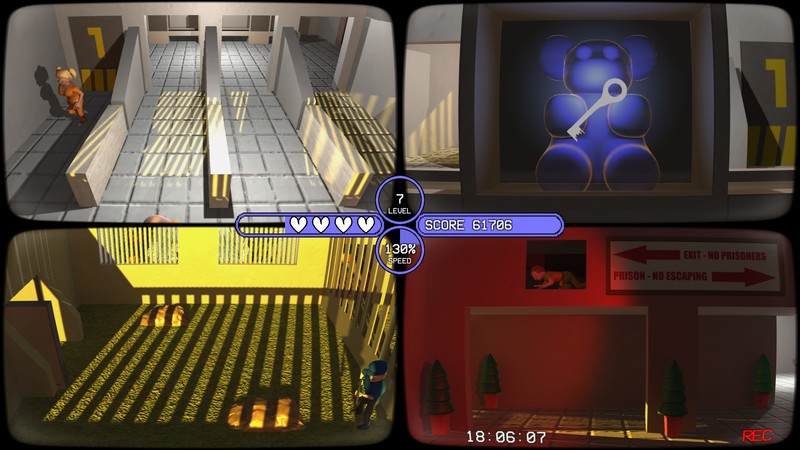 MultiTaskMaster is a brain melting arcade game in which you juggle four games at once.

Prove your multi-tasking skills by playing every part in a bank robbery and keeping all the loot. Make a fortune by working every job in a cafe and collecting all the wages. Take all the starring roles in a zombie apocalypse and take all the glory.

Become the MultiTaskMaster by completing 48 different games in 12 different locations.

Do it all yourself, keep all the rewards, then do it faster. 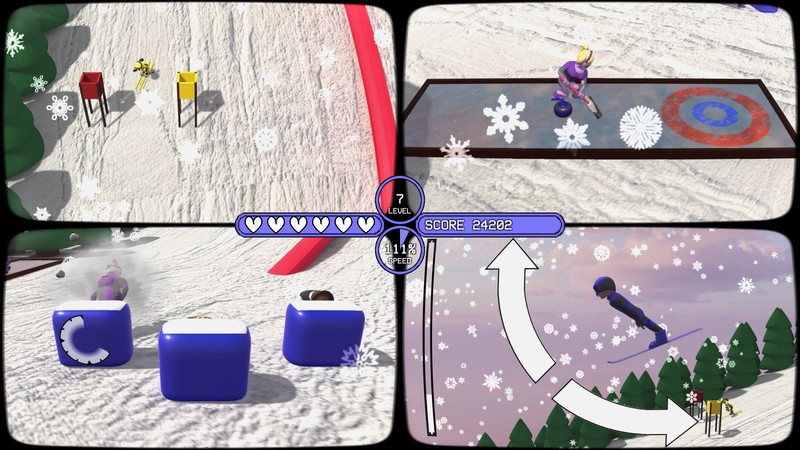 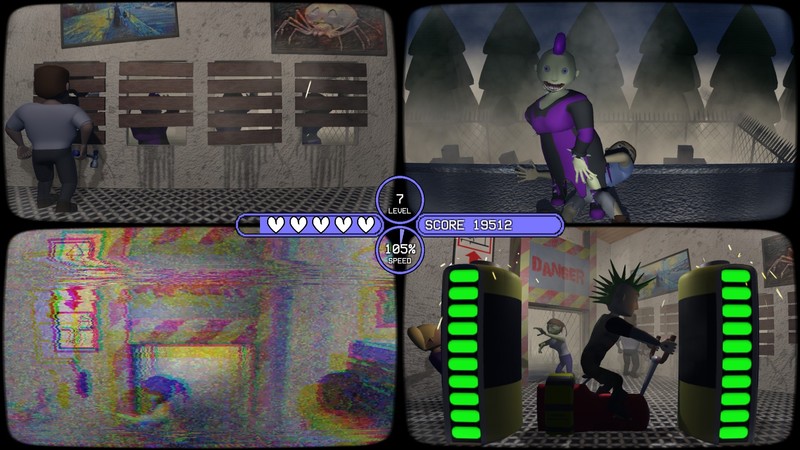 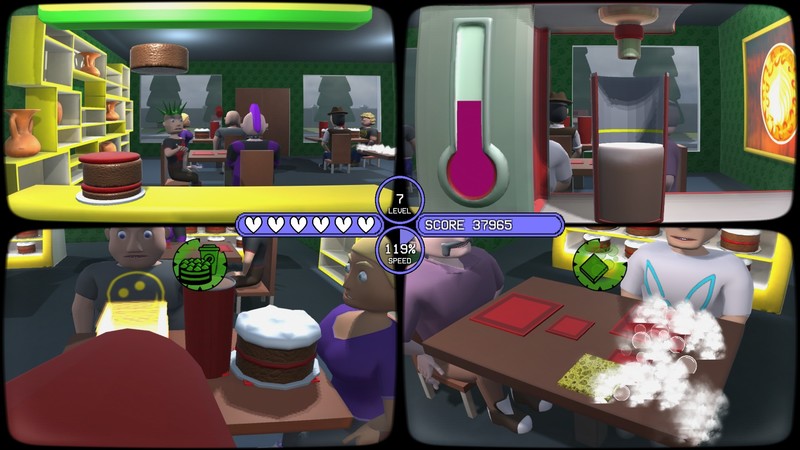 Fun game and a good challenge, its great to see how bad i am at multitasking ( i'm worse than i thought i'd be )
Would recommend a try.. This novel concept for a game has clearly been thoughtfully designed well implemented, as proven by the enjoyable gameplay. The varying levels of difficulty allow for a tough challenge or a relaxing evening of multi-tasking depending on the mood, which I really like. I'd definitely recommend this game to people with all levels of multi-tasking experience!. I really like this game. It's good fun and works really well on my crappy laptop.
Good for a bit of brain training too.. My head hurts. MultiTaskMaster is a fantistically simple game but that doesn't mean it's easy!

There is a lot more to do then you first think when you start the game, completing levels or missions opens up more scenarios around the world map. While the controls are the same in each one it does not feel repetitive as they all feel unique and provide an interesting challange, with speed increases and screen switching.

Before starting each scenario you are provided with some back-story to make you feel more involved with the events you manage. While initially, for me atleast, you don't care much for the characters you start to see connections between scenarios and piece together individual storys in a clever and interactive way.

The art style grows on you and the soundtracks, for me, are great fitting the scenes well. I very much look forward to playing more of the game and becoming the MultiTaskMaster!. After I reported a bug (in the cafe) it was fixed rather quickly. Also The levels seem to run smoother than before. If you are into arcade style games then this is a great game to consider buying.. This debut game from indie developer WyvernWare is such a simple and clever concept - can you play 4 games at once? While each of the individual mini games (and you'll spend a while unlocking them all!) is incredibly simplistic, usually reliant on one or two controls, the whole experience comes together to provide a genuine challenge that never feels totally unfair. Graphics, sound and interface are functional, and there were only one or two occasions of confusion as to 'what' to do, that is probably a personal problem anyway. Each level is introduced by a tutorial which enables you to play each 'screen' individually to get a feel before gradually making you play 2, 3 and then 4. I think perhaps the pacing could be improved in those tutorials, as each screen on its own is slow paced with a fair amount of 'waiting' time - reducing the amount of time each screen is played individually could really tighten things up.

The amount of brain melting I personally experienced was highlighted for me quite neatly in one section where you have to keep a drill at a constant speed using the space bar while moving a camera to monitor a police chase. Both games had an 'up\/down' component that was sufficient to keep my brain in a constant state of agitation. Overall I have no hestitation in urging people to give it a shot. Or a bag of money, or a drill. At the same time.

I've also since learnt that my girlfriend is much better at multitasking then I am, a fact which should surprise no section of society.. As someone who is relatively new to this, I must say I find this game really interesting and great fun! If I can relax and concentrate a bit better then I may be able to complete it one day! I would recommend this game to anyone who likes a challenge.. Great game!