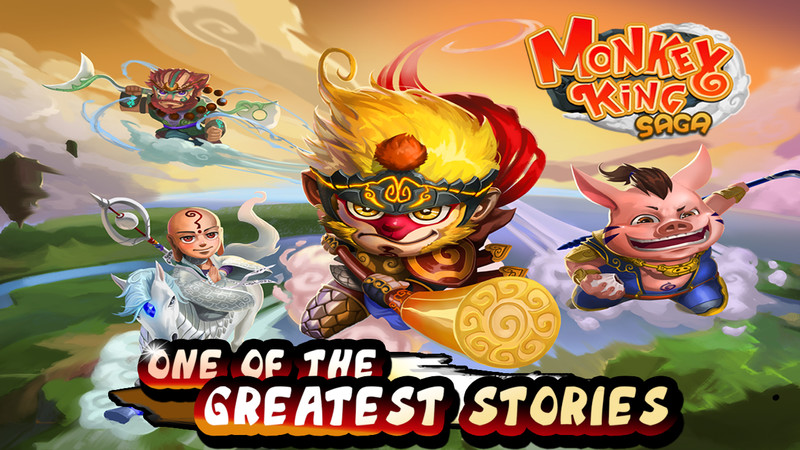 Monkey King Saga is a new style "action tower defence" game featuring the theme from the Journey to the West story.

As fans of tower defence games, our goal is to bring a new gameplay experience to the TD genre, by mixing action and TD together into a beautifully crafted visual story, that uses RTS style controls for moving heroes.

In Monkey King Saga, players can play as their favourite characters the Monkey King, Pigsy and Sandy as they journey across ancient China protecting Tripitaka the Monk, on their quest to Vulture Peak to retrieve the sacred scrolls.

FEATURES
-RTS style mouse controls for easy play.
-Control up to 3 moveable hero towers, each with their own skills and special attacks.
-Collect and upgrade monsters as Ally tower support.
-Over 23 hand-painted scenes.
-Narrative story over 6 themed chapters.
-RPG system for hero upgrades.
-Ton of enemies. Over 50 unique characters including favorites from the story such as the Bull Demon King, Spider Demoness, and the Iron Fan Princess.
-Heaps of heavenly bombs and potions to give extra support during battles.
-Optimised graphics and visual effects for 1080p including effects water, lightning, and snow. 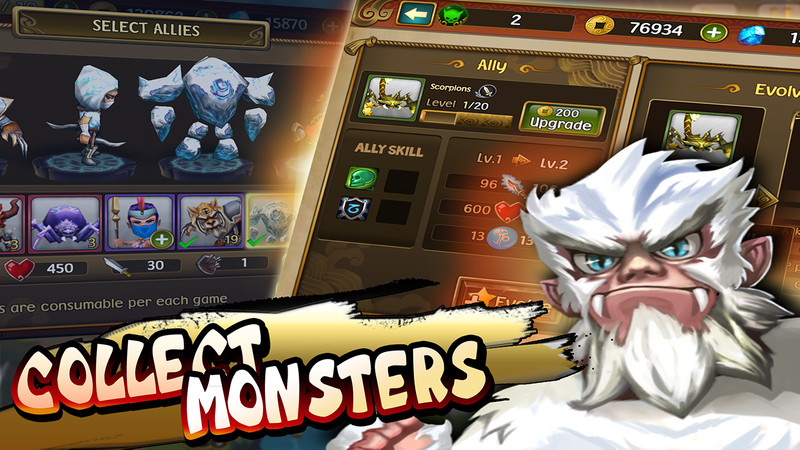 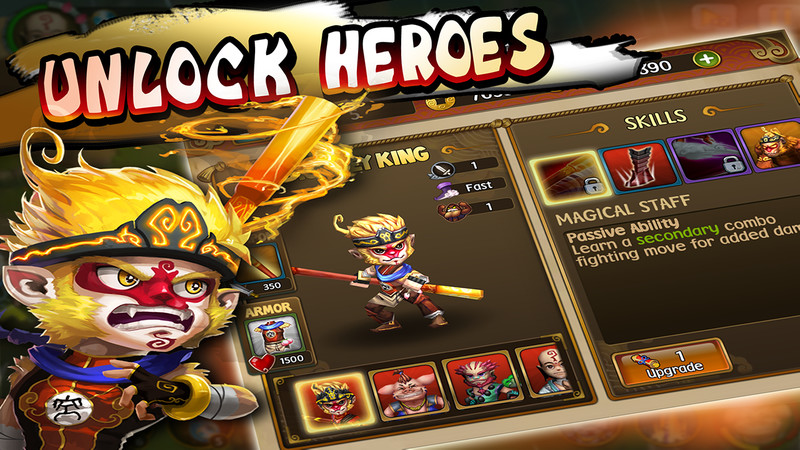 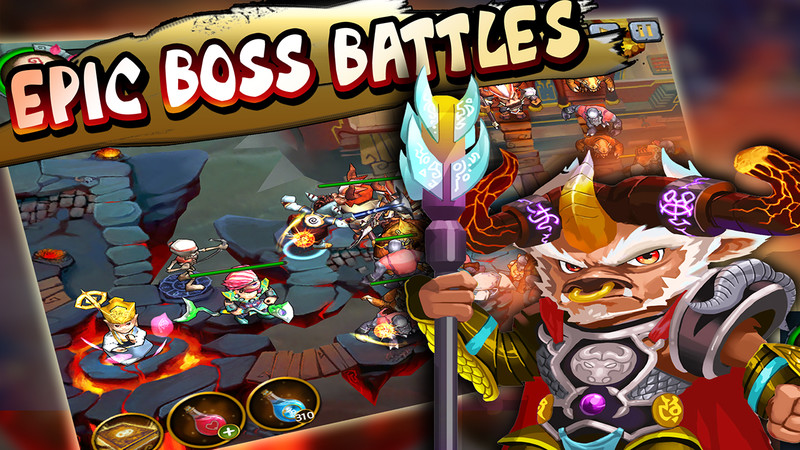 At first this game seemed like a fun and different take on tower defense though in no way groundbreaking. Then the difficulty after the first few levels ramped up so I had to grind on earlier levels to earn money to level my characters and towers. Then I realized the balancing is terrible. You have heroes and towers you can level up, but if you level up a tower it becomes more expensive so if you level it too high then it may even become practically unusable, especially on earlier levels. Not to mention the towers are generally garbage compared to your heroes. In late levels the only real use they have is to slow enemies down - killing any enemy with a tower that has not also been hit by your hero is very unlikely.

The game does a fair amount of the fundamentals of TD right enough that it really makes you realize that the difference between a mediocre game and a great game is often in the small details. Let's explore what else makes MKS medicre instead of even good with a question you never asked:

How do you progress in the game? Grind grind grind. It was not fun. I played the same level over and over again early in the game maybe 50 times so I could upgrade my weapon. I'm not proud of it. By the end of the game I found that the third to last level is the best to grind on as you can usually get blue gems and a red gem each time you play it. Those blue gems can then be spent to get way more gold than any end of level bonus will give you. So then you grind on that level 50 - 80 times because you are now so invested in beating this sucker and getting all the achievements that you just keep going.

You turn on the grind level (with the Bull boss), set up your defenses and Monkey King location then read on your phone while occasionally looking up to see if there are any blue gem treasure chests that need to be destroyed. You learn a lot about the presidential race. Finally all your characters and towers are overpowered (by human standards) and you realize that the last two achievements are impossible to get, not just "I didn't put in an obscene amount of effort or time" impossible but actually impossible. You have to score 15000 on a level and 50000 on a level. On the last level on the hardest difficulty the highest score you could get was around 9000.

Now you're upset (pretending that you weren't also upset before) and don't even really want to write a review for this game. But seeing as you have sunk so many hours into it, you feel like you should warn other tower defense addicts to stay away. It won't make you feel better. Your friends and family are worried about you.. this game is soooo broken would recommend if they fix it. Update: no longer works on W10, not sure if it works on previous versions of Windows? Anyways, thumbing it down until it is fixed


Fun and good looking 3D tower defense game. It is a bit grindy, but I don't mind it since there is a lot of stuff to play around with.

Pros:
- Nice, colorful and charming gfx
- Every map has 5 difficulties and good incentives to beat them all
- Some maps have traditional lanes, while on others mobs can appear from unexpected places
- Many heroes to unlock, controlling a hero feels a bit like playing an action-RPG
- Tons of stationary towers to unlock
- Heroes, towers and weapons can evolve and level up
- Potions and magic spells can be purchased
- You can farm money and materials
- Perfect for when you have a little bit of spare time

Cons:
- On a crowded map it can be too easy to lose control of the hero by accidently clicking on a stationary tower
- Does not properly support special resolutions like 3440x1440
- No cloud save
- Not the best translation to english, but everything is still easy to understand