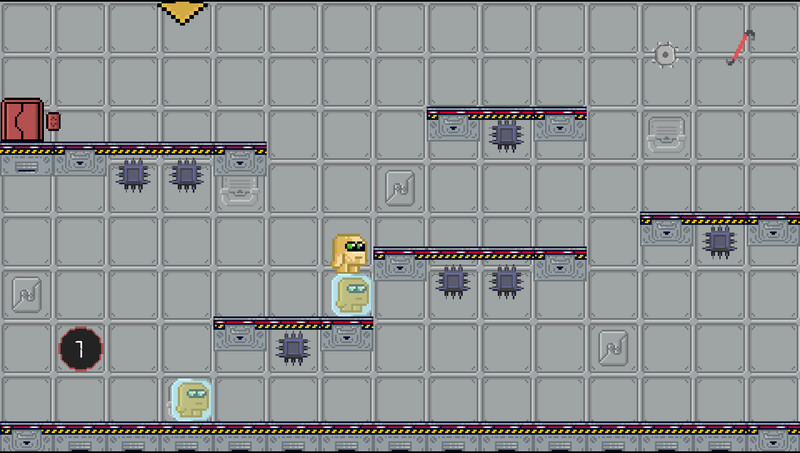 Description
This game is about a cute character named Gelu.
He must find the crowbar to open the broken elevator.
He can create and destroy his copies made of ice, limited number of times. With the help of ice copies he can climb on platform, pass the obstacles and pass the levels.
Help Gelu to pass hard levels. 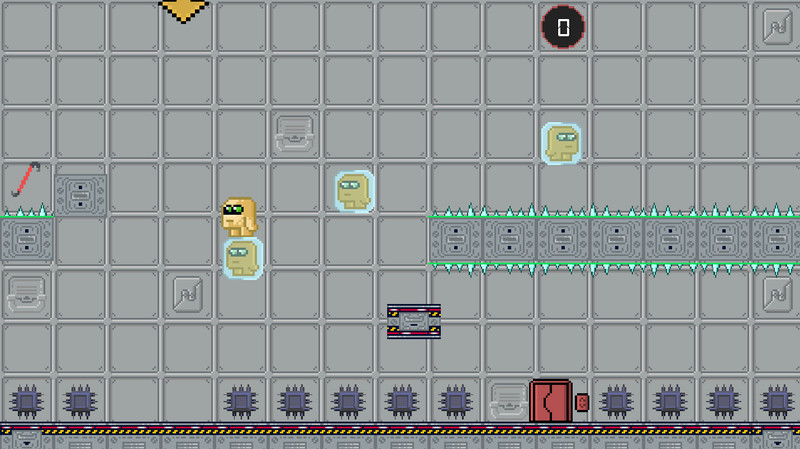 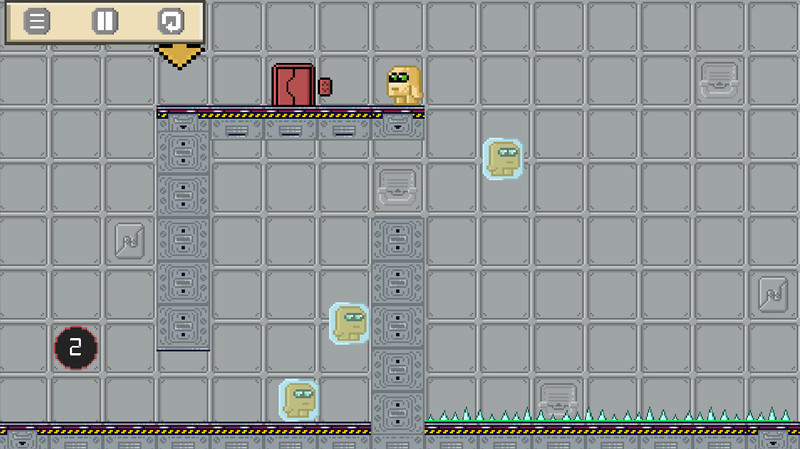 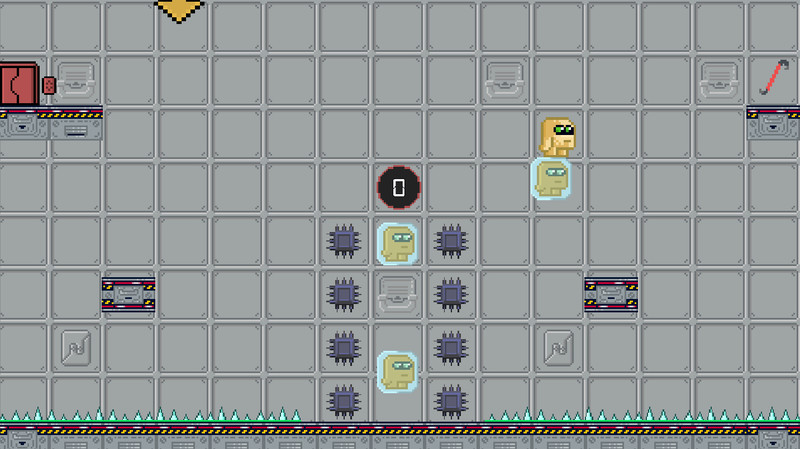 Ok, gotta admit this, since I'm a hardcore Kongregate player all of Gelu's gameplay is something I have already played and seen in many other platformers.
Though, Gelu (by the way "gelo" means "ice" in Italian but idk where the developers are from, anyways, it's maybe 'cos you freeze yourself literally?) is very nicely designed for what concerns graphics and has a smooth gameplay even though only on the keyboard. So overall it's worth playing, it's still a nice addiction even if we all know the mechanics of these games.
And these mechanics consist in the fact that you have more than one life per level, and you can freeze yourself (in older games you could like make a shadow of yourself, or things like that) so that you will restart from the beginning and use your newly created "block" in order to get on higher platforms, or to create "platforms" to avoid spikes and so on.
There's a lot of levels and difficulty increases (not that much xD) so it doesn't get boring; of course, you have to take this as a 2D platformer and nothing more talking about expectations - it's a simple time killer, but still it's nice.
It's really funny to read reviews complaining about the absence of storylines and plot in games like these.. they always make me think of my old 18yo self just approaching the Flash gaming world.. ahah, of course there's no story, it's a 0,99\u20ac simple 2D platformer in which you make copies of yourself in order to get through the door or to get the things needed to open that door.. no one could expect a story in a game like this! :)
If you like this particular kind of game, seek them out on Kongregate or on other sites 'cos there's plenty of them, there are games in which your "clone" actually does what you did exactly and you use it to jump or to overcome big holes and so on.. this isn't that difficult, but still worthy. Don't stop here anyways xD. This game utterly sucks. NOT recommended.. Takes about an hour to complete. Only regret is getting this great game for 90% off.. The game is pretty infuriating at first due to the lackluster controls and hitboxes, but once you get over that, there's truly something to enjoy. I kind of wish it were longer, though. Overall a pretty good game that shouldn't take you more than 2 hours to beat.. This game is absolutely fun!! I love these puzzles. Takes me back to memories of Super Mario World on SNES. Jump and puzzle solve. Very cool game for .69 cents on sale today. I LIKE IT!. Can s\u0131k\u0131nt\u0131s\u0131nda oynamal\u0131k biraz dandik. The graphics of this game are nothing special and one might think this is just one of those stupid Platformer that are floating steam. But I gotta tell you that you are wrong!

This Game is an Indie Platformer but has his own Style. Which really makes this Game addictive.

It took me ~1h to beat all the levels and during this playtime i didnt find any bugs!

Also the Achievements worked as they are supposed to!

All in all i would say that this Game is totally worth it's price :)