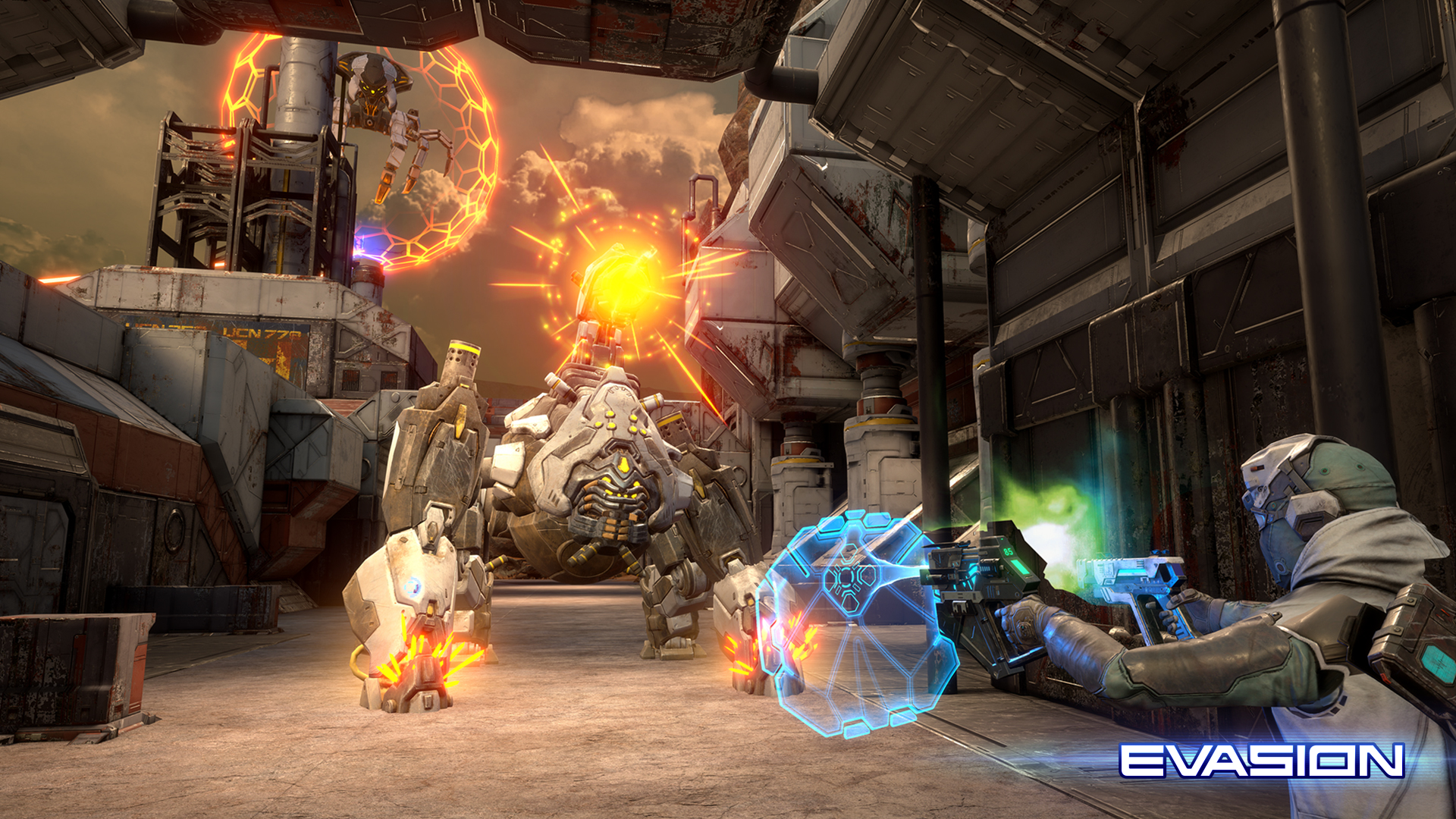 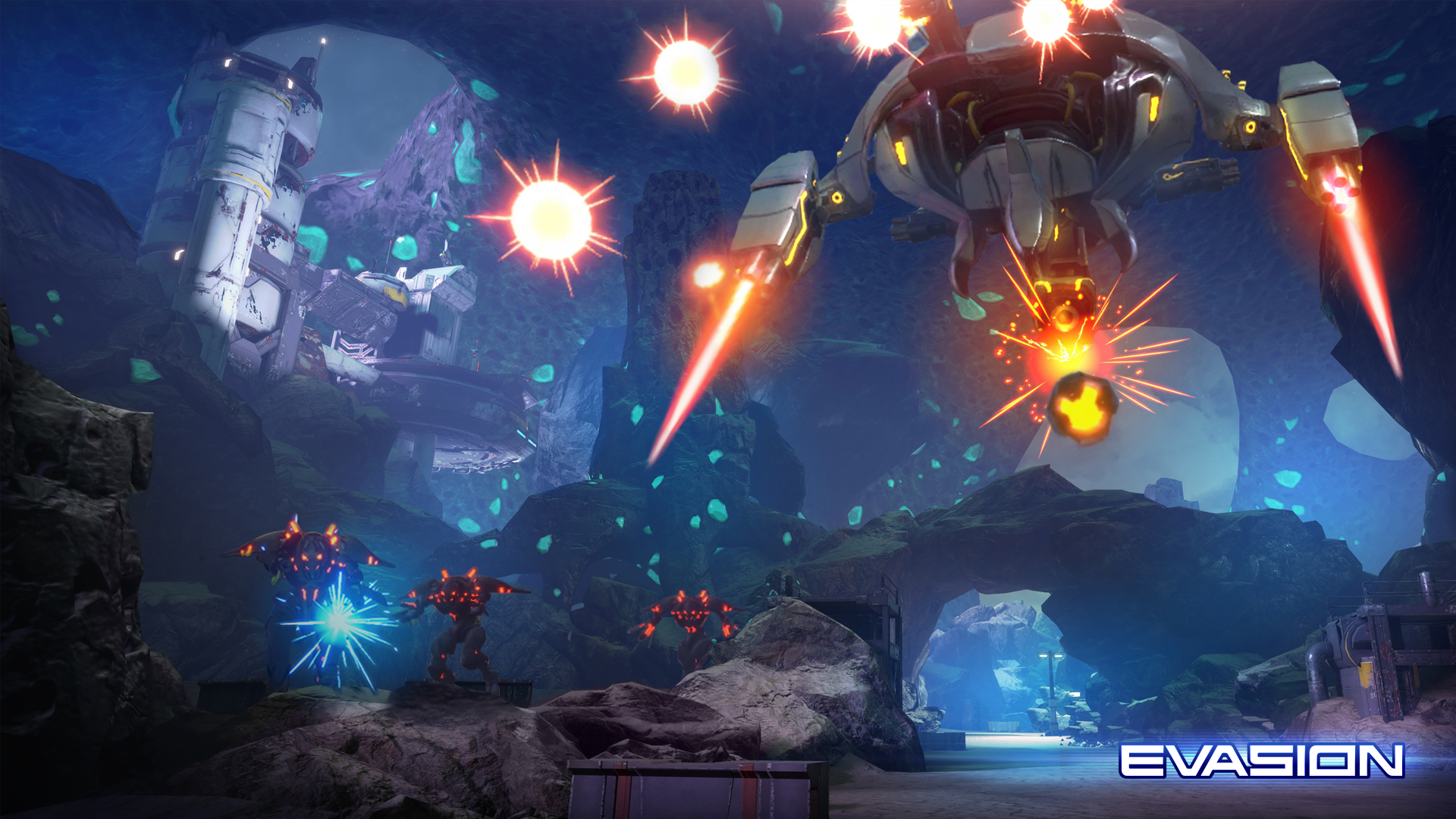 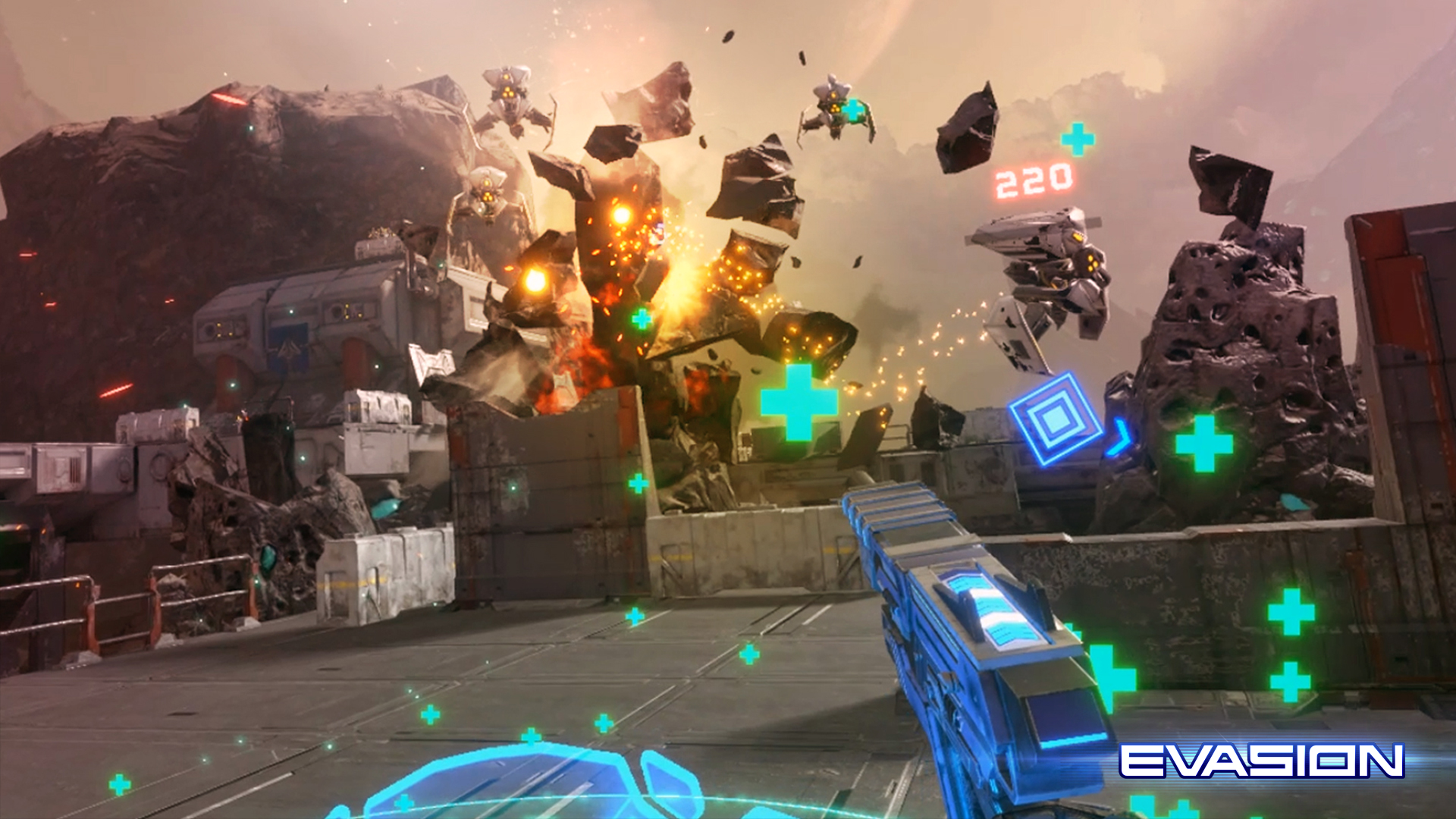 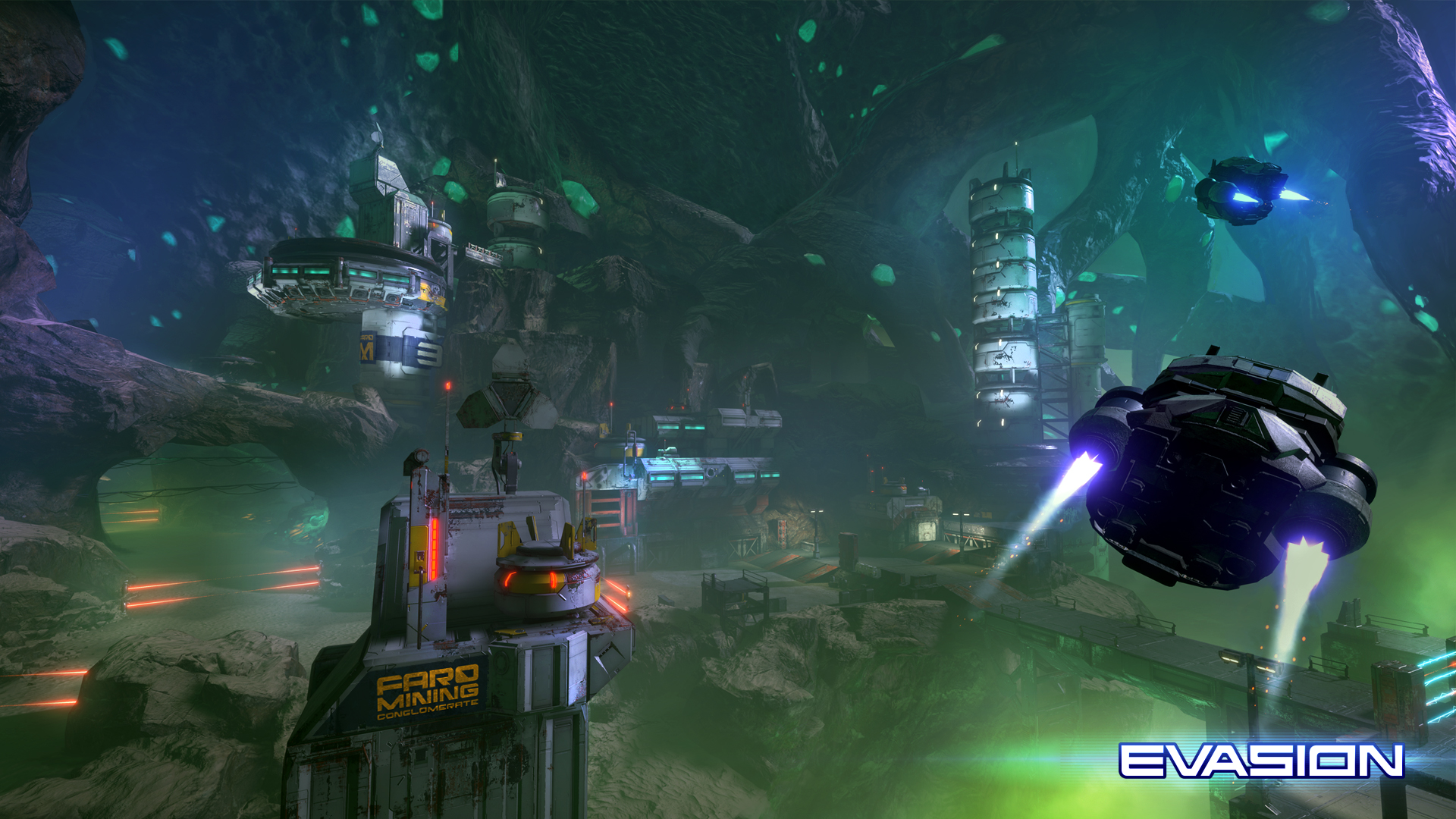 How do you translate the top down bullet hell shoot em up genre to VR? You do what Evasion did. Spoilers, Evasion was a hell of a lot of fun!

Evasion excels in most areas.

The voice acting and the humor was great. While there were only 2 NPCs, I loved the attitudes they had.

There was a good flow to the action of the game. I never felt like I wasn't actively doing something or waiting around and sometimes just blowing up the scenery was entertaining.

There are 4 classes, each with their own weapons and abilities. I only played one of those classes but after a minute of figuring out how my weapon functioned, I fell in love with it.

Content is lacking for the $40 price tag. It's great that there's a wave shooter mode but at this point, how many of us aren't burned out on those? I know I won't play more than the campaign. Unfortunately a liberal estimate of the campaign mode puts it at 3-4 hours which is still in line with the cost of a couple movies but it's going to be a hard pill to swallow when there are cheaper games with more content.

For me, the quality of the content makes the price tag worth it but I do still think it's a bit steep for the game. Definitely look for sales if you're on the fence.

Aside from the price, the difficulty levels that were introduced in the last update (1.03) still need tweaking. I didn't have to focus or try hard enough to breeze through Bullet Hell, the highest difficulty. As much as I'd love to think so, I'm not all that good and shouldn't have been able to progress as easily as I did.

Overall the content is the real deterrent to this game and why some people may not want to pick it up. I had fun with the game and I'll be recommending it however be aware that this is a one and done sort of game. Once you burn through the campaign you're not likely to pick it up again.. Lack of contents
Lack of weapons
Lack of players to play with
No controller direction free movement supported
High price
Most of all, it is bland and boring


Upcoming Alien-Human hybrid model:
Take a look at the Alien-human hybrid currently under development by Klura Design for the game. This is what happens to humans who stumble upon some versions of the Alien BioSpor.

https://www.kickstarter.com/projects/158432866/second-coming-relaunch. New level added, bug fixes:
New level has been added, and some bug fixes. We are getting closer to the end game.. Demo Update and Coming Early Access:
We have updated the demo with bug fixes, inventory functionality and updated versions of the music tracks. We are going to release an Early Access version soon, where we will release the game in chunks until the full game is out. This is so that it can be tested by the public in an early stage.. Episode 2 is Live!:
Episode 2 has been live since a week ago. The Early Access now include 10 levels and several changes has been introduced. Movement steps in top-down has been increased.

There will be additional bug-fix release of what we got so far this or next week. We are also gearing up for Episode 3, which will be level 12-20.

Apart from that, we will also update the demo in the near future (which is old compared to the early access build) and we aim to release the Early Access version as well.
. Beta 1 published!:
Finally the game is mostly complete. It can be played from beginning to end. There are a few things that will be added and bugfixes, but were very nearly there. The game is a full game, now we only need to take it through 1-2 beta versions and the game is fully done.. ANNOUNCEMENT: Mini Campaign: The Last Stand: