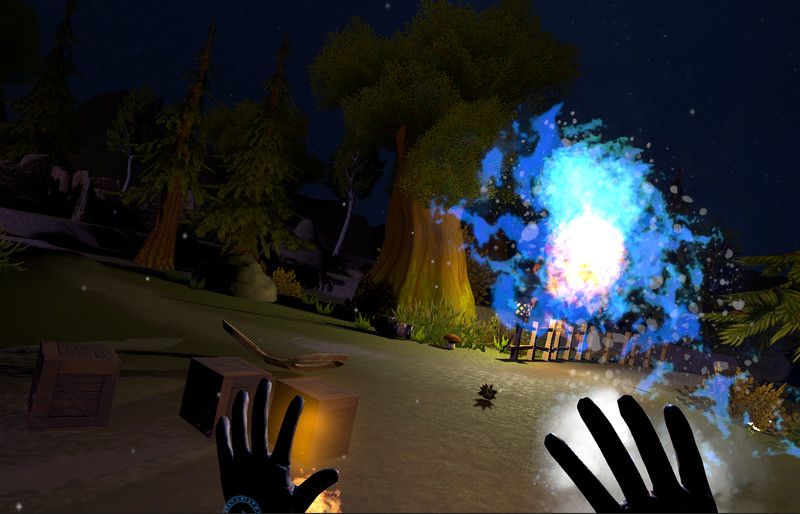 Be a mage in virtual reality. Learn and cast powerful magic spells to fight off the golems, an army of mindless creatures left behind from the battles of the past. Fight with a variety of control schemes including: Vive Wands, Leap Motion, or Oculus Touch. 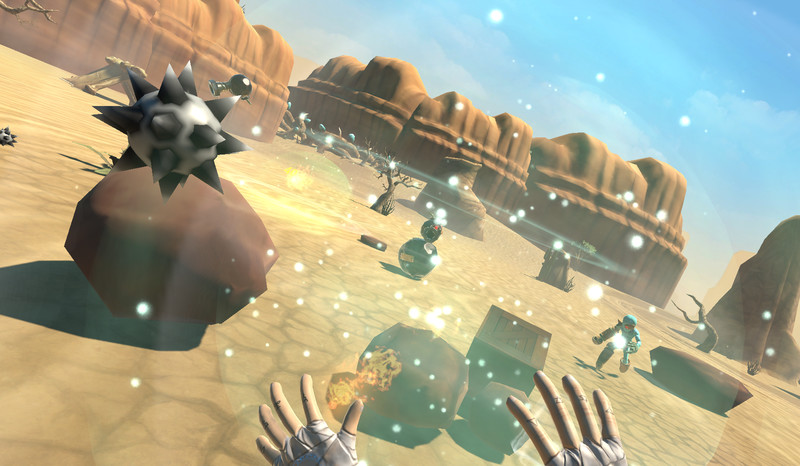 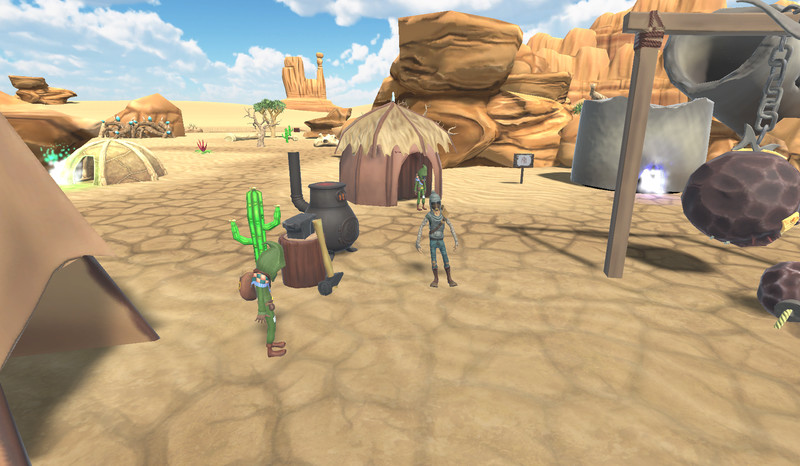 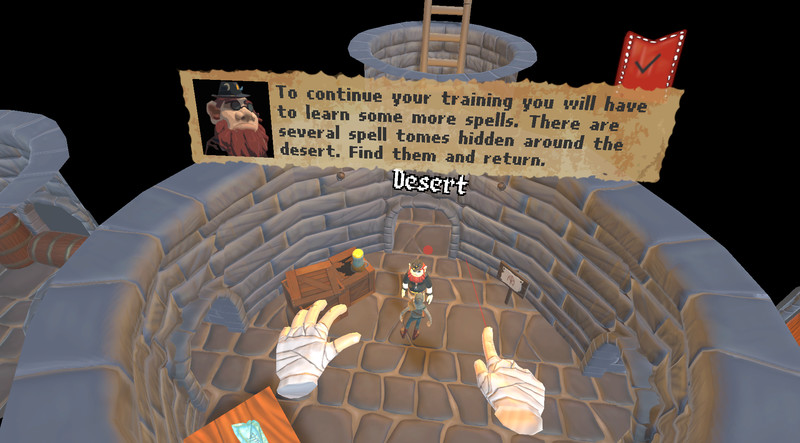 
Hidden gem of a game. Bought this becuase it was LEAP compatible (which works and looks awesome but is utterly impractical) but it's much better with controllers. Imagine if you could play one of the early final fantasy games but with 3D battles.

At this stage there's still a few bugs, but nothing major.

The video\/screenshots are accurate in showing you what you'll get. You can run around in the overworld and randomly encounter monsters to fight, pick up treasure, etc. Theres also an arcade mode for continuously fighting and gaining experience. I'm much more interested in the overwold and RPG elements than just another wave shooter, so I'm looking forward to future development there. Looking off into the distance of the overworld showed some interesting stuff I'm excited to check out once my arms recover.

The menu and level up screen is pretty good. A book opens up in front of you and you navigate by selecting tabs at the top (its shown several times in the video).

Didn't encounter any performance issues yet, so for the price it seems like a fair deal.. The tracking in this game is extremely poor. There is no consistency in how the spells fire off. With the lack of information, settings, and poor tracking in combat, it was an incredibly frustrating experience.. It's pretty damn fun. Who doesn't want to punch a few baddies and blow up some robots?! I really like where it's going. For a demo I think it's pretty fun for what I got. It's a rpg style with few bosses and lots of fun magic spells to choose from. For how much it is I feel I got my fun's worth. So far my favorite is fireball. Oh also the wall spell is good for people like me who like to cower behind walls and throw fireballs at your impending doom. I like to hide behind the wall so I can throw fireballs at the other baddies. OH also very important!! Make sure if you don't have anything super punchable near you if your gunna falcon punch the running dudes! Of course Unless you want an excuse to punch people, then get your family\/friends in nice and close! I highly recomend, it's some solid fun.. Out of all the VR games I've tried so far this is the most fun. Really awesome and engaging combat system.