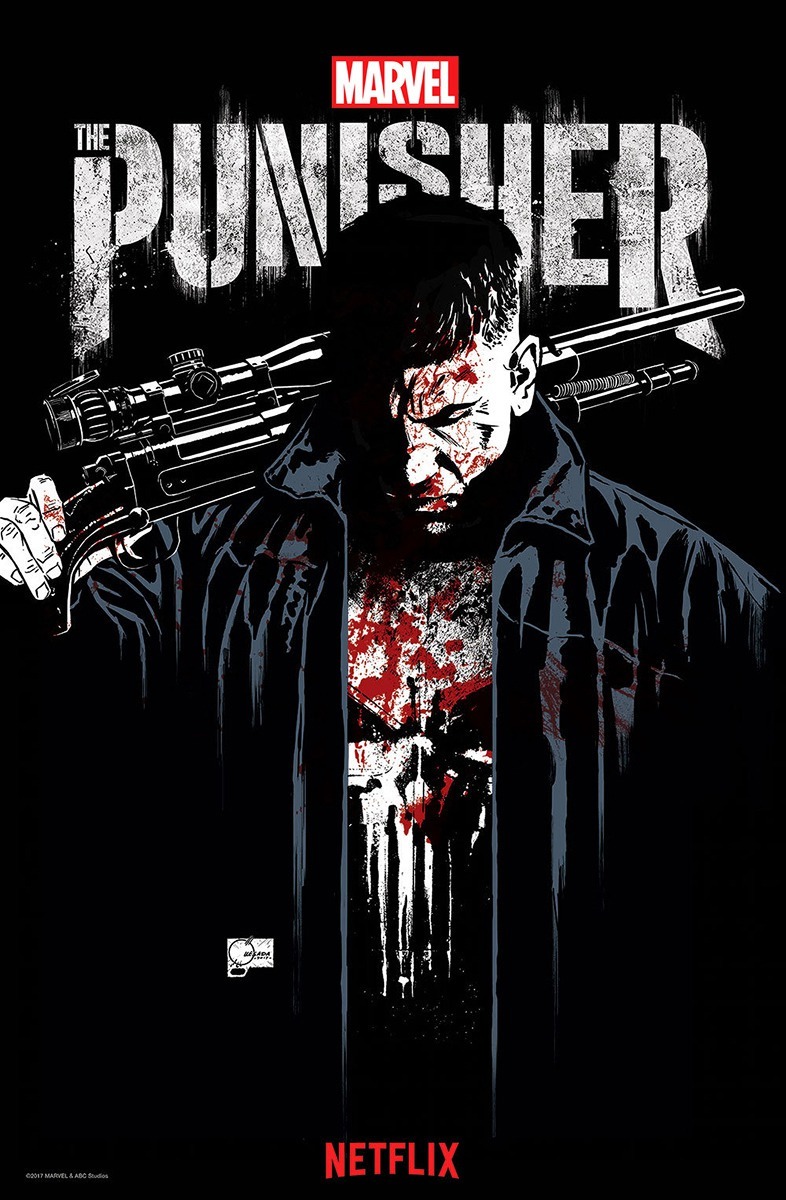 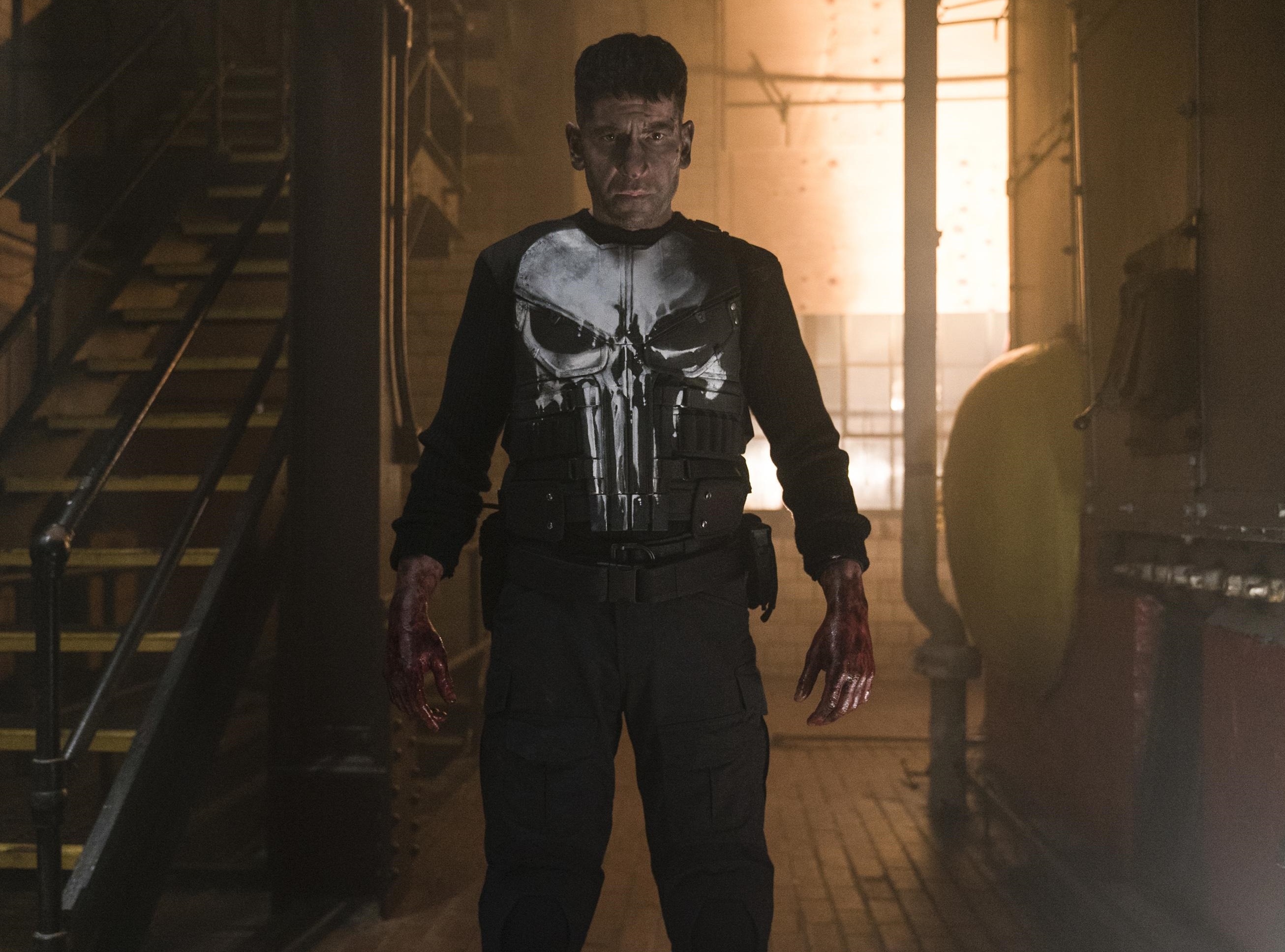 After the murder of his family, Marine veteran Frank Castle became a vigilante known as "The Punisher" with only one goal in mind, to avenge them.
After exacting revenge on those responsible for the death of his wife and children, Frank Castle uncovers a conspiracy that runs far deeper than New York's criminal underworld. Now known throughout the city as The Punisher, he must discover the truth about injustices that affect more than his family alone.
I believe the Netflix shows that are based on Marvel properties can be loved if you have an acquired taste to them. If you don't like gore or slow-paced storytelling, then you're probably out of the loop on these shows and plan on keeping it that way. Personally, since the release of the first season of Daredevil, I've been hooked on the realistic approach these shows have brought to the small screen. The Punisher, released earlier this year, fits that description perfectly, falling very much in line with the tone that has been set by the previous shows in this smaller universe of content. If you haven't been a fan, this show won't do anything to win you over, but for fans of the previous shows in this Marvel/Netflix universe, this first season of The Punisher should come recommended to you.

Following Frank Castle after the events of the second season of Daredevil, he is haunted by his past and learning to cope with his personal demons, when new threats and issues arise. At its core, the movie is about forgetting the past as a war hero and trying to avenge the deaths of his wife and daughter. That's definitely a thin plot line for 13 hour-long episodes of television, but there are many side plots and secondary characters that elevate it from being simplistic. For acts of terror to downright having to showcase killing sprees in order to further the plot, this show doesn't pull any punches when things start to get real. This is a brutal show at times, but I feel that it takes a little too long to get where it wants to be.

Viewers rave about how these shows are incredibly binge-worthy, but that's where I find the biggest issues throughout this particular show. The pacing throughout each episode feels very slow. Most of these shows have this issue, but it stood out a little more throughout my viewing of The Punisher. When the action hits or a great character moment occurs, I always found myself sucked in and loving every second, but certain scenarios that could've easily taken place over the course of one episode will last almost the entire season. This particular season could've easily been told in the eight-episode format that The Defenders was. That being said, this is a fantastic cast that's well worth watching, regardless of any complaints.

Jon Bernthal proves that he was meant to play this character from the moment he began his acting career. I don't throw that around too often when talking about performers taking on iconic roles, but he really does have some incredible moments to shine here. From his intensity to his dramatic and sombre scenes throughout this season, I was engrossed every time he was on-screen. With the addition of secondary players like Amber Rose Revah, Ebon Moss-Bachrach, Ben Barnes, and Daniel Webber, the performances themselves made this show feel like it was far more elegant than it deserved to be. In particular, the character progression that Daniel Webber provides as Lewis absolutely blew me away. His character had my jaw on the floor on multiple occasions, whether for good or bad.

The Punisher has received a strong first season and I can't wait to see more from Bernthal as this character, but I honestly hope the pacing is tuned up a little throughout the coming season(s) because it really bogged it down for me. I usually like to get through these shows fairly quickly, because they feel addictive, and although The Punisher does have that effect, I also found myself slightly bored at times. This is a great season with some annoying aspects that really brought it down for me, so I would recommend it to Marvel fans or fans of violent programming, but be wary of the pacing. I hate to write anything that starts with THIS IS CRAP, but I'm afraid THIS IS CRAP! I have always loved The Punisher story, I loved the comics as a kid. I loved the films, and the whole antihero thing, but this rendition of the punisher is not the punisher at all, unless the punisher story has suddenly changed to, Oh how badly I had it in Afghanistan after I invaded the country, and could you all please feel so sorry for me because I have PTSD after I stoved a guys head in with a brick.

I tried real hard to like this series. I went the first four episodes, yearning for the punisher to appear, and then... nothing, punisher...less, a complete lack of punisher goodness. There is a guy who could be the punisher, but he's so wrapped up in his self-pity, military mistakes and self-loathing, alongside the endless flash-backs to Afghanistan, I may as well have been watching a painful repeat of The Hurt Locker or The Green Zone.

I'm sorry guys, but this is a terrible series. However, if you have never seen the punisher before, if you don't know the true story behind this fantastic archetypal character, then please, dive right on in and watch away, but, whatever you do, don't watch anything else written or televised about The Punisher, because you are never going to understand what is going on, because this series is NOT the Punisher, not by a very long mark.