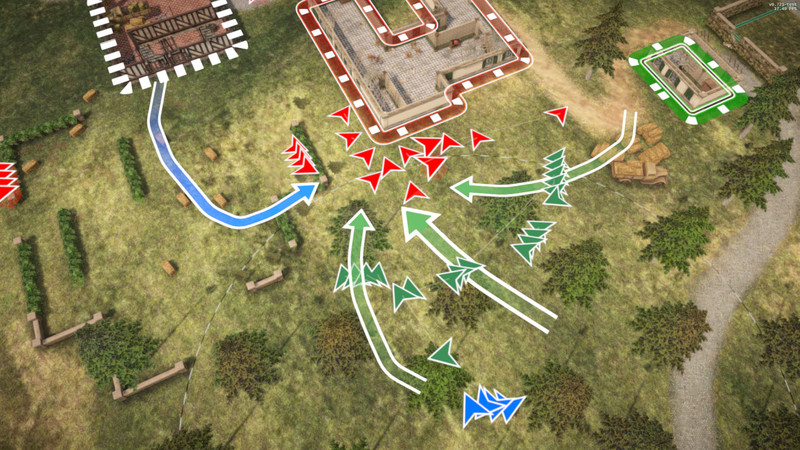 Divided We Fall is a close-combat multiplayer game with team-driven strategy at its core set in various battlefields of the Second World War.

The four soldiers under your command rely on you to keep them alive, and your commander relies on you to achieve your objectives. Doing both will require effective use of terrain for cover, smart positioning, and taking advantage of the strengths and weaknesses of different weapons. And never forget that Divided We Fall… work together with your teammates and everyone’s chances of survival go up!

Hone your skills in PvP or Cooperative battles in anything from quick 1 vs 1 skirmishes to massive conflicts with up to 120 soldiers commanded by up to 15 players per team. In team games, working together is paramount! If you are the highest ranking officer, you will draw out your battle plan and distribute weapons to your subordinates through an in-game map board interface. But as a lower ranking leader you still have the responsibility to lead your squad to achieve the objective set by your commander, and coordinate with friendly players to adapt the plan within the chaos of battle.

Forge strong bonds of brotherhood in this intense multiplayer combat, for Divided we Fall…

The free version of the game will give access to the following:
6d5b4406ea 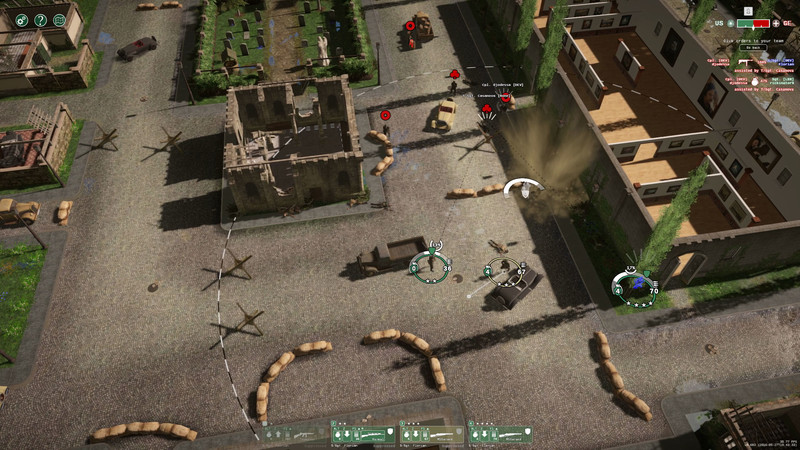 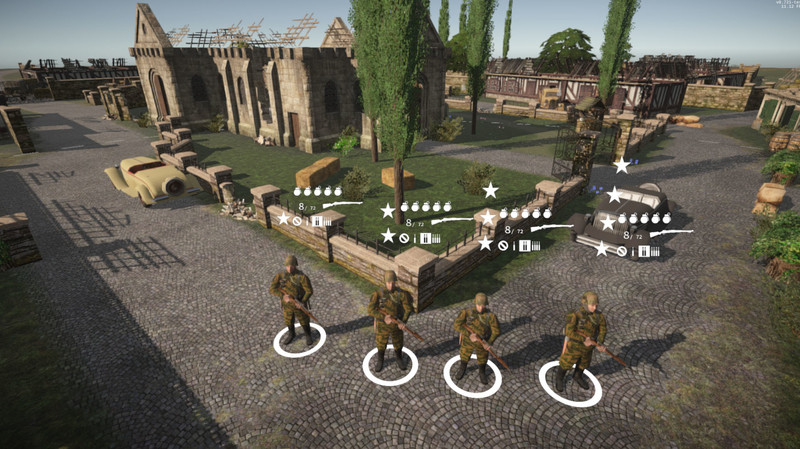 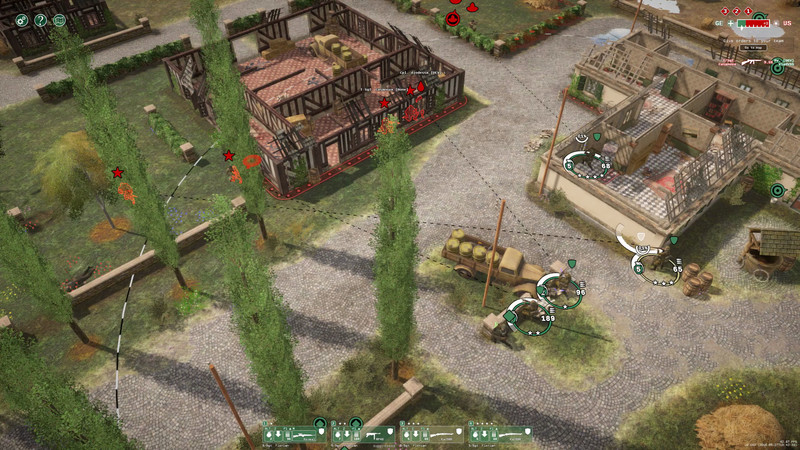 TL;DR: Great potential, rough around the edges because early access.

It's a tactical realtime strategy where you control a squad of four soldiers. Each side has multiple players in charge of a squad each. The goal of each round is either to eliminate all enemy soldiers or to capture and hold victory points long enough to achieve victory.

The game reminded me of Close Combat series. There is no base building. Each round your commanding officer makes extra equipment available to you for a bit of customization, but beyond that there is not much you can do to customize your squad. The game is fairly tactical where the winner is determined by who is better at flanking the enemy and by grenades. Seriously, the grenades have played a very decisive role in every battle I've fought so far.

There is definitely great potential here, but the game is an early access game, no doubt about that. There is a lot polish missing, there are bugs with the camera system, matches not ending when they should, crashes, etc.

As of today there are also not many concurrent users. I've been able to find a game every time I played, but there seems to be just enough people to populate one North America server at any given time. One little gripe I have is the time it takes to play again after your squad gets wiped out (and this will happen a lot when you first start). You go into spectator mode when that happens and wait until the round is resolved. Maybe if you could join another game while waiting, it would feel better but 1) there usually is not another populated game room as mentioned above, and 2) the game crashed every single time on me when trying to leave the game room.

So all in all it's good fun when you're on a good run. Patience is advised at other times.

. Had to return it because there was literally nobody playing. 3 default lobbies with nobody in them. No games.. A sequel to Call of Combat, Divided we fall is very promising, but it's very bare bones at the moment. Gameplay elements are all there, combining fast thinking with deep tactics. The game is all about out thinking your opponent, and finding ways to flank, ambush or assault him amidst falling grenades. You got cover, prone, different weapons, and two sides to play as.

Sadly, the tutorial is nearly non-existant, there's no single player game mode (just a very basic "training" game mode where you can play solo or against other players) and a bunch of content is still to be released: more sides (Russians, partisans, British), modding support,<\/b> and further balancing.

You might want to hold to your money and wait for further development, but it's quite addictive and enjoyable as it is, and the devs are responsive and fixing bugs.

If you like tactical squad games and RTS, you are probably going to love this<\/b>

Also, thanks for the GNU\/Linux support.. It needs some major balance tweaks and QoL enhancements.

Honestly 20 grenades is just too much. Thats pretty much the #1 cheese strat. Throw a grenade knock them down go shoot them. It's boring. Even by the end of the game you still have plenty of grenades left. Theres very little tactical gunplay, more tactical grenade play.

As for tactical gunplay... well the RNG is in your favor as far as not getting shot. If you're behind cover it's 0.0%-0.6% thats .6 percent chance of getting shot. So maybe in 20 minutes you might kill someone. Best yet, you are pretty much in cover if you go prone... which is pretty much instantanious btw. Which basically forces permanent relocation and grenade cheese strats like above. Theres no differentiating the type of cover, be it a car, a wall, a window, prone. They all work pretty much the same. If someone has a corner on a wall 0 percent chance of shooting them, even from the side. It's not fun...

So no private servers, no passwords, no ability to play with a couple people if you want.

Matches take forever to start, forever to launch, forever to get in a game, then when you're all dead, it takes forever watching them tap the points wandering around the map for awhile....

The ranking system is a blessing\/curse. You're at the will of higher ranked players to start the matches, hand out weapons.

Fix some of the issues and it'd be better, but I sort of doubt it considering the community that like it how it is. If you haven't followed this game, I'd recommend against buying it.

Apparently the grenade tactics have been here since inception... Refunded. I'll check back later.. Finally F2P worth a try!