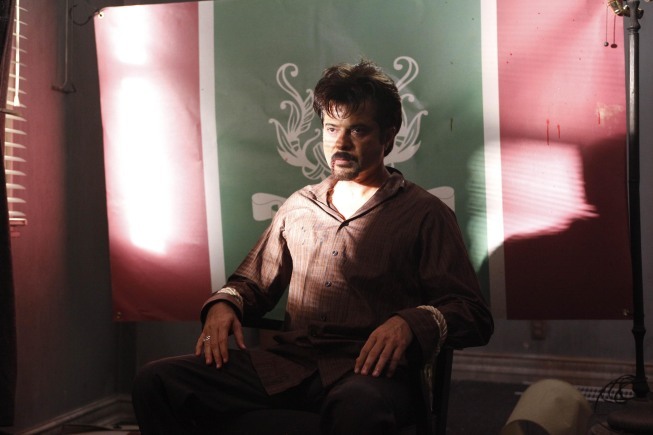 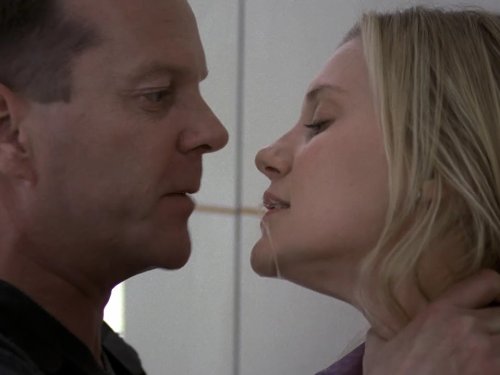 A traitor makes a deal for immunity, while Jack and Renee race uptown to rescue a hostage.
8th season of 24 is going good. I openly criticized 6th and 7th seasons because they were horrible and after a point, you couldn't keep up with them. But 8th season is a comeback for this show.

Particularly this episode was one of the classics, till the end of it, I felt all intensity and anxiousness of Bauer, because writers did their job properly. And also, writers do not force us to show who is good or bad. They give you a choice, you can take side of General who tries to capture President Hassan and save Manhattan or you can take side of President Taylor who tries to keep peace negotiations continuing. This is something rare we see in this show.

But actually, I cannot understand that some people keep going harsh on 8th season, okay I admit it, I am bored of nuclear or radiological bombs too. But there is a consistency in this season, no need to mention of individual performances. There is no African terrorists who infiltrate White House. There is no any sign of discrimination towards Muslims or any other group. This season is good and we cannot criticize writers because of the previous seasons. Jack sends Renee to CTU to brief Chloe on his mole theory; using the contents of Tarin's smartphone, she identifies Dana as Samir's inside agent. Dana, once captured, refuses to negotiate with anyone but Jack: she knows that her immunity deal will be contingent on CTU recovering Omar Hassan, and that Jack is the only agent who could possibly do so. Her intel is sufficient to launch a rescue, and Jack, Renee and Cole take the field to recover him. President Taylor consults with a recovering Ethan Kanin on contingency plans in case Hassan should be killed. Ethan's opinion is that the peace accords will flounder without him, an attitude reinforced by the clear hostility of Russian Foreign Minister Mikhail Novakovich to the entire process. Samir plans to broadcast live over the Internet his torture of Hassan, Hassan's confession of his "crimes," and his eventual execution; this plays out as Jack and his team infiltrate the apartment building. After a tense ascent, Jack defeats Samir and his henchmen only to discover that Samir's "live" broadcast was actually of a pre-recorded video playing on a laptop. Hassan's corpse is still in the room. A tearful President Taylor breaks the news to Kayla and Dalia while President Omar Hassan receives a silent clock.

In summary,here the events that happened during that hour:

1.President Allison Taylor meets with Russian foreign minister Novakovich, and begins to suspect Russia might not want the peace treaty to happen.

2.At CTU New York, Renee Walker asks for Chloe's help to identify who is helping Samir Mehran on the inside. Dana Walsh attempts to escape but is stopped by Cole Ortiz. Under interrogation, she reveals that the terrorists will make President Hassan read a statement on camera and then execute him.

3.President Omar Hassan is tortured and called a traitor by Samir Mehran who plans to execute him.

Cheers to Jack for nabbing the bad guy in the gut.But must all agents shoot to kill, why not shoot to disable and squeeze information, then kill... or arrest as the case may be. It all wasn't meant to be. CTU agent Cole Ortiz, Freddie Prinze Jr's character, shows a great level of loyalty to his country. He was even willing to risk his life to ensure the captivity of a suspected terrorist. It was obvious his relief when Jack fired before and his life was spared.