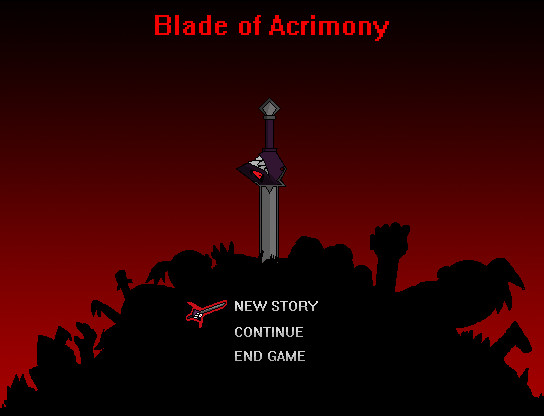 Blade of Acrimony is a Psychological Horror RPG made by me, Frostnoble, where you take control of Sora Loyalar and follow her on her downward spiral into insanity.

In a time long forgotten, a sinister sword falls from grace into the mortal realm, screaming for help for thousands of years. One day, a travesty occurs! A young woman of faith finds the blade lodged in the earth. The vile weapon speaks to Sora, tricking her into believing that he is her Lord, and that she must “save” the mortal world from sin by become the new Savior. She agrees and the journey starts.

GamePlay Recommendations:
-Save often, this game doesn't auto save
-If a enemy is giving you a hard time, fight someone weaker first

Also, credit to Enterbrain for some groundwork tiles. 7ad7b8b382 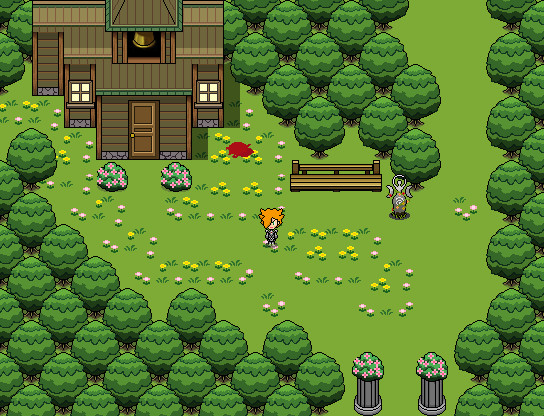 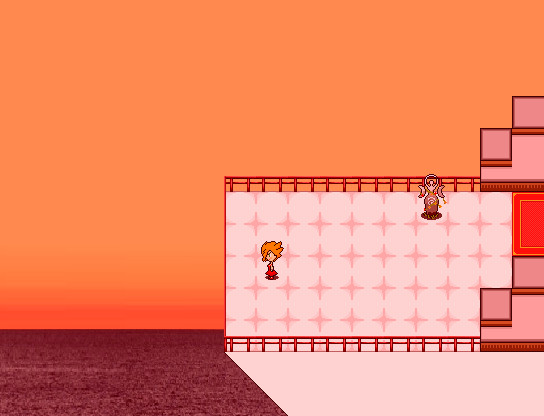 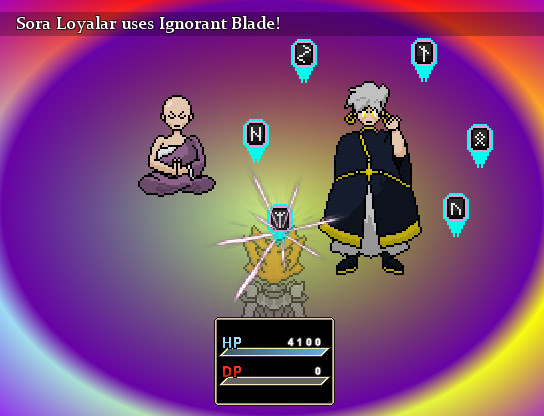 Played a demo for this a while ago and for whatever reason it popped into my head yesterday. Curious to see it's progress I googled it and saw it was finished. So I bought it, beat it and here's what I thought of it.

The mechanics were pretty interesting. You cannot grind resources in this game so you have to defeat enemies with whatever you currently have, and most enemies are more powerful than you. Luckily your character has an arsenal of status effect moves to level the playing field. Blinding, paralyzing, silencing, and so forth. These moves cost MP which you regain by attacking, being attacked, and blocking. So the heart of the game is building up enough mp to use one of your game changing moves before getting killed. It's an interesting system with a lot of potential but a big problem is that blocking is the fastest and safest way of gaining MP. So you barely have to pay attention to what the enemy is doing since your always blocking. I beat the final boss by blocking and using wraith of lightening over and over; not great. I think it'd be more compelling if blocking didn't restore any MP, this would force the player to take more risks. Something to think about for your next game Frostnoble. Also maybe give the player the option to retry battles since some of them open with oneshot kills. I only needed to see Zander's cutscene once thank you very much.

As for the story I'd describe it as grimdark power fantasy that's maybe a little underdeveloped. Some parts needed to be cooked a little longer I think, like Alexander is not very convincing as god which makes Sora look like a complete fool, hard to sympathize. Sora generally feels underwritten which is disappointing since there's a lot of narrative potential here. And the world building is thematically all over the place. There's a lot of moments that make up for this though like the dream sequence and the final encounter with Jace and so forth and so on. I'd say the good outweighs the bad.

Anyways, two quality control issues I wanted to mention on my way out.

when Commander Kyson blows himself up<\/span><\/span> there's a typo. "he drew his last breath...and them." I assume it's meant to read "and then."

During the time stop boss the game crashed because my download was missing the bgm "Disturbed - The Night." Not sure if something went wrong with my download or if this a problem with this version. I got around it by renaming a random mp3.

Overall not a bad experience and I'll be sure to play your next title Frostnoble. Good luck and Godspeed!. Hey people from Steam, Sea Raider here with a new review.

Today I have something special to review, a game from a member of the RPG Community instead of an old game, so let\u2019s go.

Blade of Acrimony is a JRPG styled game with LOADS of symbolism and using delusion and insanity as a main subject. You play as Sora Loyalar, a nice Christian girl that by some coincidence found an evil sword that is actually a fallen angel reduced to a possessed sword.

The game itself takes a nice twist on the \u201cremove all evil\u201d plot and the Sword makes use of this; by making Sora think the sword God via curing her wounds and gifting her armor.

Your first encounter is the poor dog you have adopted (that would make Dio proud) because \u201cGod\u201d keeps telling to Sora that the dog is a sinful soul. Sora after killing the poor dog, she\u2019s then guided to her next target, and so you go on your crusade.

The gameplay is fantastic, the normal attack is standard but the way you use your movements is what leads you to victory, for example, blocking is ACTUALLY useful for once, it recovers you MP and significantly reduces the damage you take.
The powers are nice, multiple slashes, lightning strikes, life absorption; on top of that, you have a \u201ctragedy\u201d that only shows when you have full MP meter, and you get other cool powers from that, like multiple lightning bolts that stun all your enemies. Of course, the attack itself is crap since the sword it\u2019s dull, so you\u2019re practically bludgeoning your enemies and doing crap damage until you level up.

The level design is pretty good, the layout is nice, the town, the military base and everything else looks great, you don\u2019t get confused because of the good level design, and it\u2019s quite well constructed, plus, you get indicated on your obligations.

Talking about leveling up, you level up, not by EXP, but by consuming souls that level you one level, by doing this you get awesome things like more resistance, damage, powers and \u201ctragedy\u201d powers.

I had a solid experience by this game and I liked the characters and detailed graphics.

That\u2019s all; I don\u2019t want to give spoilers or nothing, so I give this non-spoiler review.
Thanks and farewell.