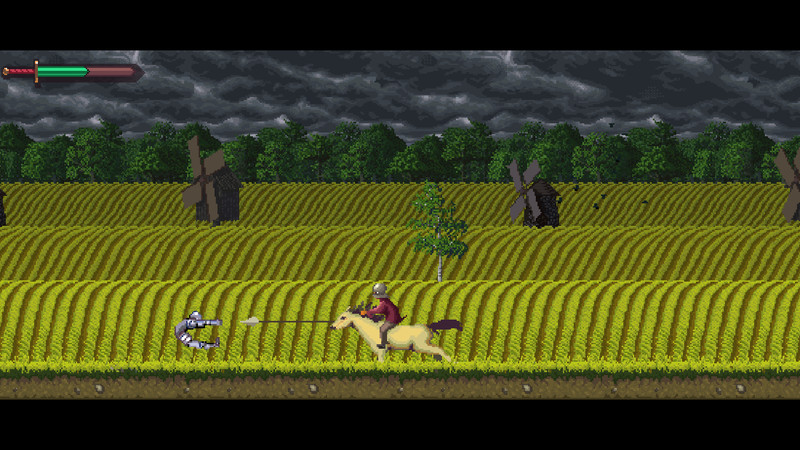 Deep game-play, you constantly have to adapt to how the enemy attacks and defends.

If you enjoy the feeling of satisfaction when triumphing over a difficult foe this might be the game for you. 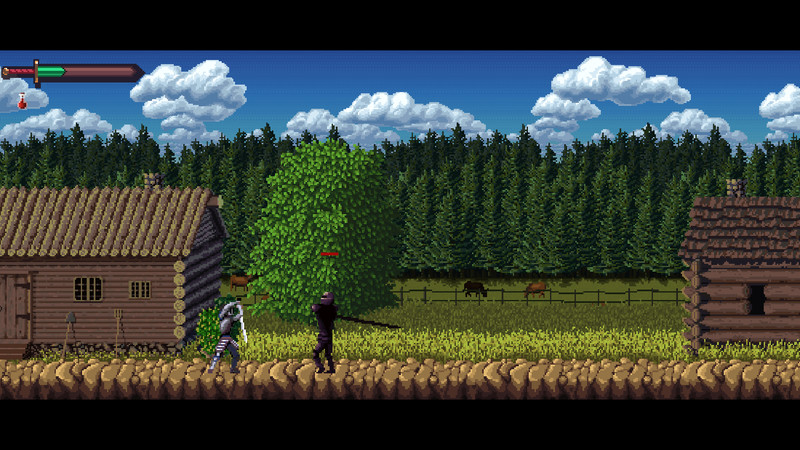 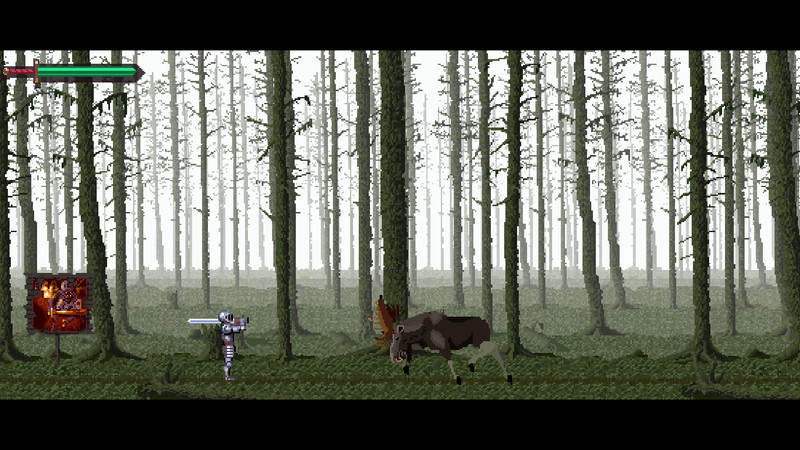 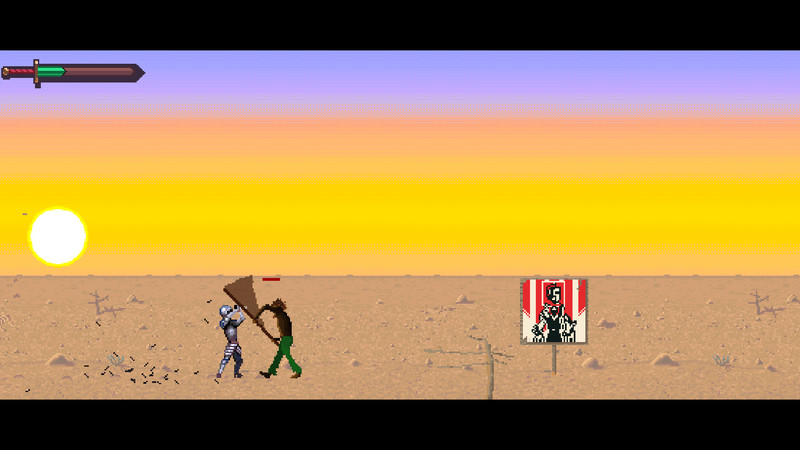 This game hurts, and pretty much. In just 50 minutes this game made me so angry I almost threw my gamepad over my room and before that I almost crushed it into oblivion ( what a great times ).
Have you ever played any hard game to beat? Well, this game is hard but not on the same level as Dark souls ( you can roll in this game \u2665 ). For me it's difficult, but others may laugh at this difficulity. Of course, it depends on an individual.

It's 2D game with just one goal... to anger you. No tutorial no intro, none help, immediately puts you into action and you have only one life. Got killed by peasent with pitchfork beacuse you were too slow to block his attack? Who cares, it's your fault so get back to start and GIT GUT.

Game has different types of enemies - peasents with pitchfork, animals, armored knights with good equipment and even bosses, etc. Simply, everything is against you. Almost every attack can be blocked, except animals that would run you over even in IRL. But there is an advantage. Everything is scripted and nothing is randomly generated, that's good thing. More times you die, you can better memorise every action they do, counter them and make some progress.

Gameplay is fun, at the beginning you might get upset but longer you play, better it gets. You'll be happy with every enemy killed without losing health. Every succesful block you did and how far you got.

Gameplay is repetitive - move foward, block enemy's attack, kill him in one swing, move foward, do a roll back, block enemy's attack and again kill him in one swing ( except mini bosses and bosses). Simple mechanics, nothing difficult. When you beat the game you get the option to start game again but with a slight difference. You can start game with NG and\/or NG+. So that makes up to 3 playthroughs, I guess.

Graphics.. it's beatiful. The background, animations, all the detailes and soundtrack, when all put together it makes this a great Artwork. I love 2D games beacuse they're "simple" but so beatiful, with it's own charm.

Soundtrack is also nice, relaxing with medieval theme. Nothing special, just a music that fits the medieval scene and 2D music.

You can play with keyboard or gamepad. But I recommend you to play with gamepad.